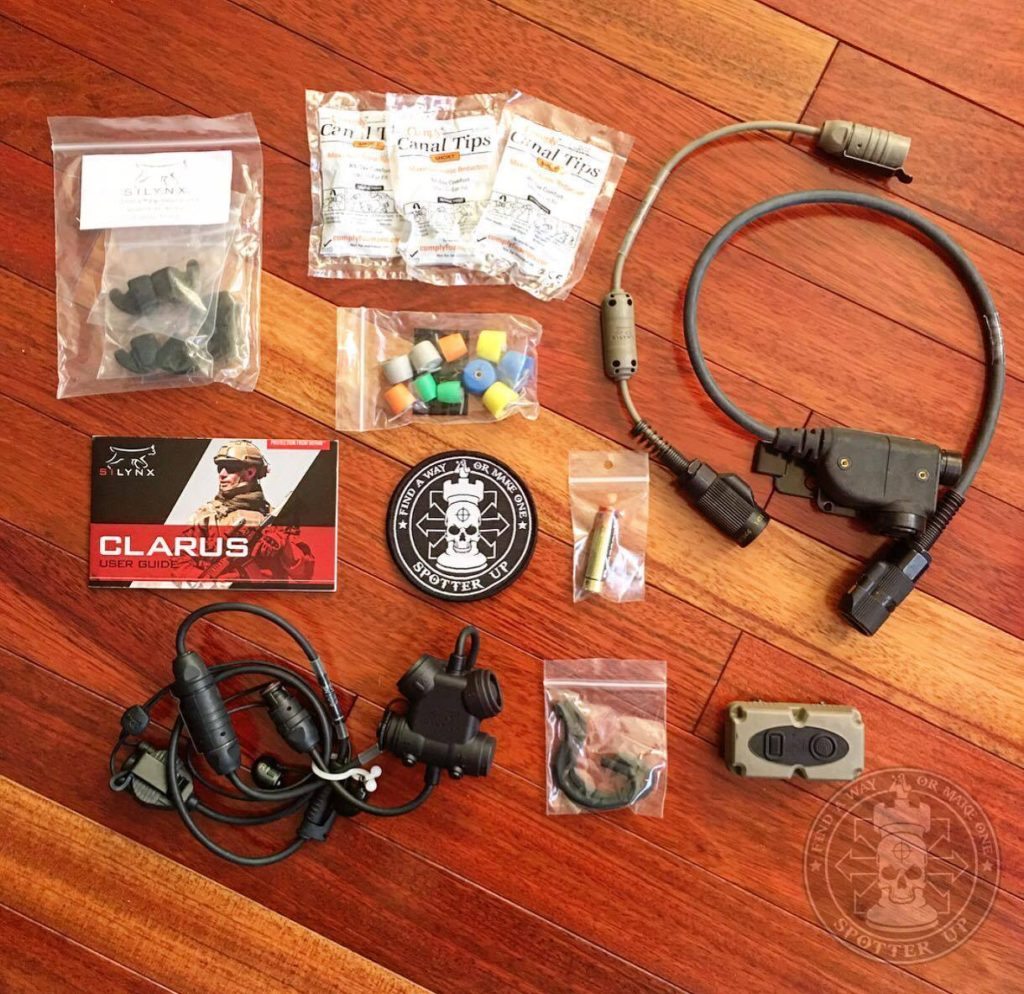 Straight out of the box from Silynx

Part 1: The controlled test and the stress test.

After my first deployment as a Special Forces Communication Sergeant on a team I made two rules that I lived by:

The memories of a teammate transmitting important information to give situational awareness to the team and only hearing an echo of a voice that sounded as if it was distant and sunken deep into a well is what originally turned me off of the system years ago. It took 6 years and an opportunity to test the new Clarus system before my mind would change.

When the system was originally presented to me I laid it out on the table and my first observation was how much smaller the push to talk (PTT) was compared to the old model. It came with the in-ear headset with foam molds (with different sizes ranging from very small to gargantuan), molded ear pieces and over the ear pieces that just wrapped around the cable, the wireless PTT (that mounted to a picatinny rail), and a boom mic. My second observation was how much cable there was, but I will touch on that towards the end. 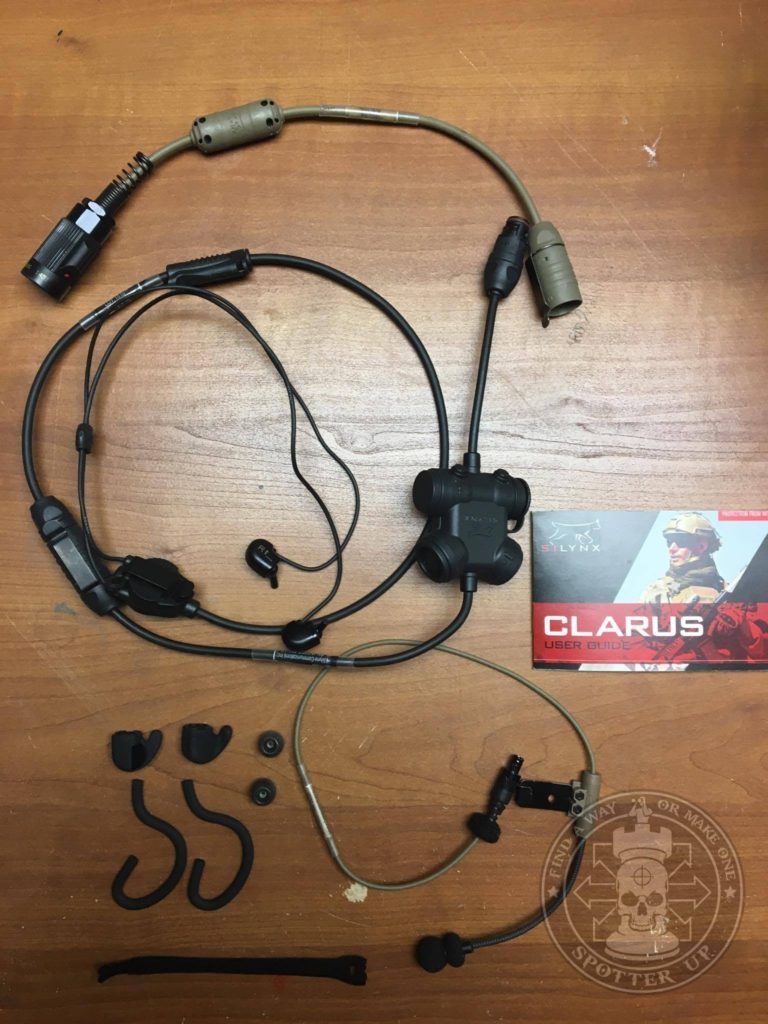 Using the in-ear headset, molded ear pieces and over the ear piece you can barely tell that you are wearing the plugs.  They stay in place well even during full sprints or maneuvering obstacles during the stress shoot.  I was suspicious about how well they would stay in place after memories of watching an old teammate constantly pushing his pair back into his ear during long movements but they put my concerns to rest after a long day of shooting and moving.

The PTT is small and shaped well so that it is easy to find the PTT button. The older model and some other PTTs tend to be difficult to find the PTT button, especially in the colder months while wearing gloves.  The addition of the wireless PTT (that was mounted on a rifle during the test) allowed us to hit the PTT when in awkward shooting positions without the need to roll over or take our eyes out of the sights and off the target.

When it comes to sending and receiving quality there were some concerns but Silynx had already addressed them with the option to purchase a boom mic (I highly recommend it). With the boom mic the transmissions were strong and clear and with the molded ear pieces the receiving was always clear.  We tested the Clarus on multiple radios, to include Harris and Thales products without an issue. 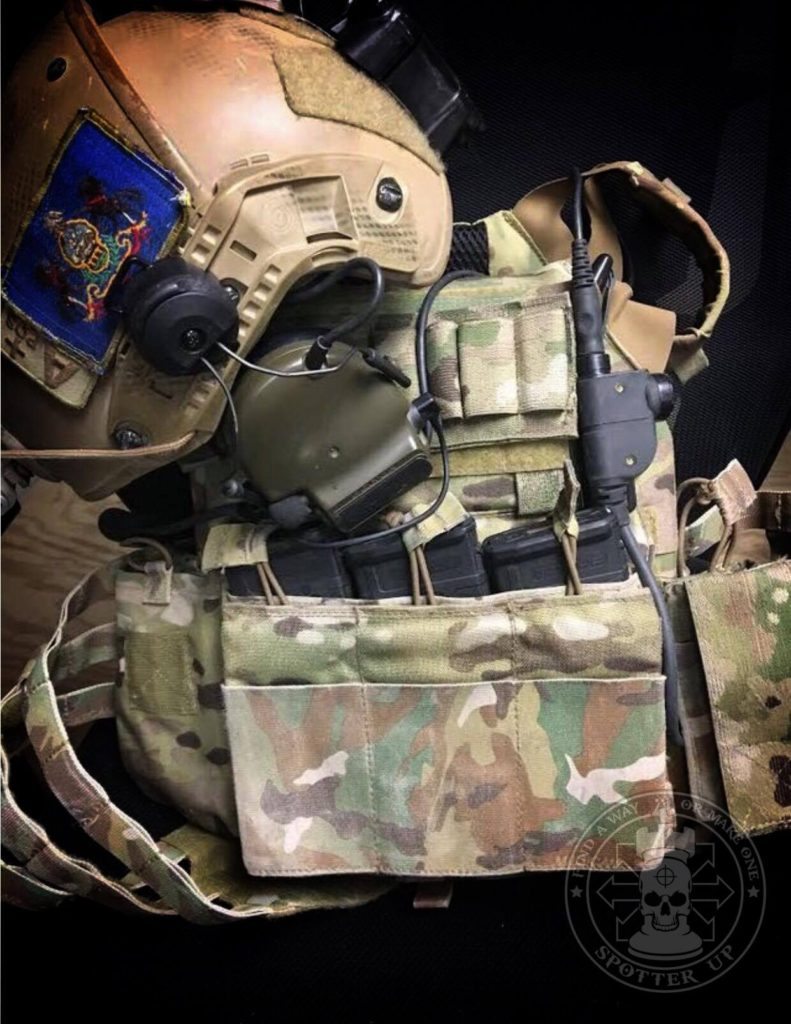 Because the Clarus is capable of dual communications (2 radios) we were expecting that, when receiving transmissions, the audio would be separated into one side or the other, but that wasn’t the case. The transmissions were heard in both in-ear headsets evenly.  (We did not have the dual communication cable to test dual coms during this test.)

Much like the Peltor system the Clarus offers situational awareness by allowing ambient noise through while still blocking loud noises. We were able to hold conversations without yelling and could hear the environment around us extremely well.  The volume buttons on the Clarus PTT body allowed you to increase the volume of the noises around you if needed.

A major benefit over the Peltor system is that your ears are not completely covered. Sure, in the winter you might not mind the Peltors protecting your ears from the wind but in the summer you will definitely be glad to have these light weight ear plugs.  It is also easier to remove one ear to have a face to face conversation with someone even while your teammates are transmitting on the net. I like that I could easily leave one ear plugged in while removing the other for conversations and still listen in on the net. Usually, with Peltors I either awkwardly hold one ear up or just completely disconnect my cable running to the PTT in order to hold conversations.

One of the negatives of the system is the amount of cable. It took us a few tries to figure out how to route all of the cables from the PTT to the splitter and then route the boom mic cable as well.  Because of how our kits are set up (tested on a Crye Precision JPC and Crye Precision Cage) the tail that ran from the PTT to the 6 pin connector was a little shorter than we would have preferred where the cable from the PTT and up was much longer than we would have preferred.

Using the Velcro wraps included in the kit we ended up tucking the cables away and didn’t have any issues again after that.  I ran the boom mic sticking out of the top flap of my admin pocket and it worked perfect.

We originally ran the Clarus, boom mic, and wireless PTT through two tests for this first part. 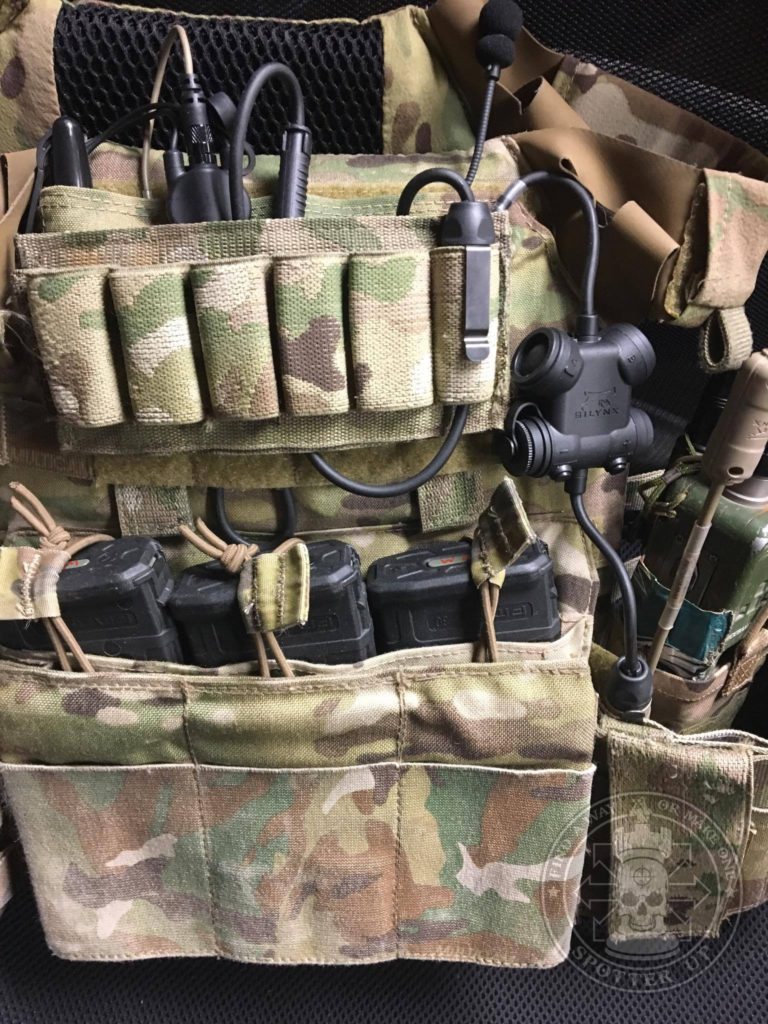 The control was set using a Harris 152 radio set up 15m away on an UHF PT channel and the external speaker enabled. The Clarus was then connected to 4 radios that had all been programmed and had a radio check performed with an H-250 (Hand held, telephone looking device that has been around forever).

Moving down the systems the Clarus was first tested in transmitting and then receiving with the receiving end grading the quality on a scale of 1-5 where 1 is the worst and 5 is the best. The two things the transmissions were graded on were strength and clarity. A top score would then be referred to as 5 by 5 and the worst score being 1 by 1. 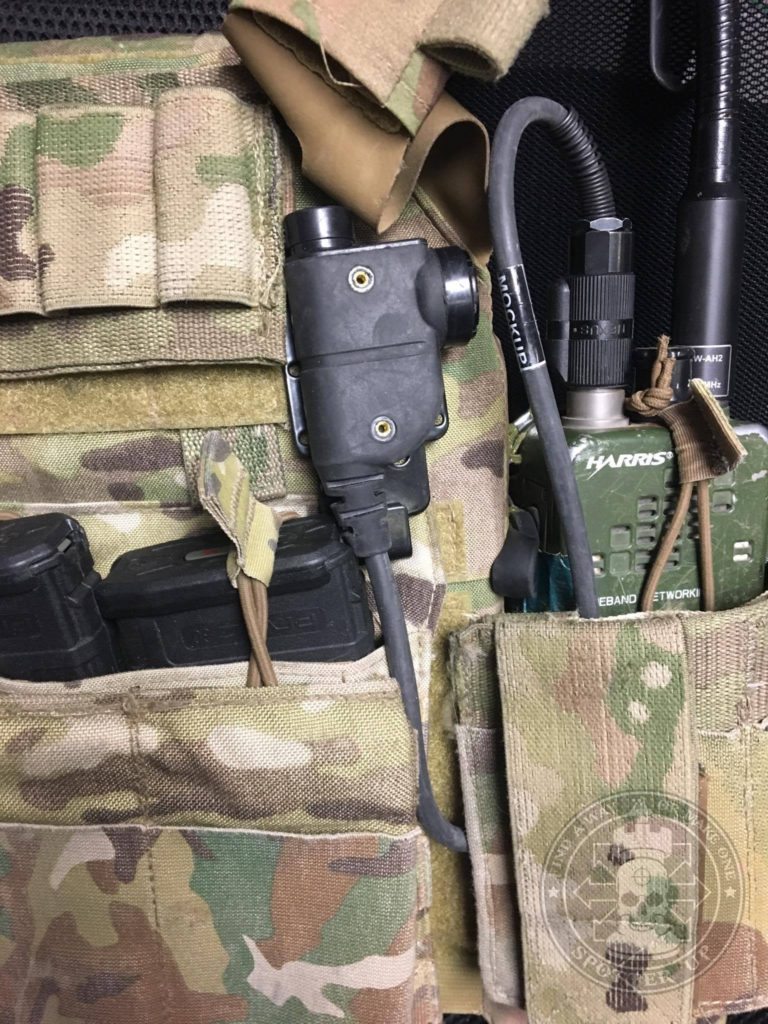 One of the things we love to do is end ranges with a stress shoot. This involves multiple targets, a timer and a severely competitive environment. The stress shoot usually starts off with a sprint, includes shooting and moving, barrier shoots, low percentage shots and unknown distances. We incorporated radio transmissions, to add more difficulty as well as test out the Clarus.

During the stress test is where the wireless PTT made its money. When in the prone the guys running the traditional PTTs on their kit had to roll over and remove a hand from their rifle causing them to lose time. With the wireless PTT the transmissions were all made while still engaging the targets and without changing body position.

The ear pieces stayed in the ear and didn’t even begin to fall out. The wires stayed in place thanks to the Velcro wraps, as mentioned earlier.

Looking back at Part 1 it is easy to see the benefits of the system. It performed well continuously and for every problem that we found there had already been a solution put in place. But what about the long game? What about an extended exposure to training, the elements and the physical abuse that comes with the job? Well, that is where part 2 comes in.

For the next few months we are going to continue utilizing the Clarus in the usual training environment to see how it holds up. We will take it on helo ops, long distance movements, many more stress shoots and through as much and broad training as we can.  If anything breaks, wears or tears we will let you know in part 2.

We aren’t going to reach out to the company to get spare parts but instead attempt to fix it as we go, as if this was a deployment. We will let you know how we fixed it and give our final review of the Clarus in a few months.

Disclosure of Material Connection: I received the Silynx headset via Spotter Up. I was not required to write a positive review. The opinions I have expressed are my own.