The Inov-8 Artic Claw 300 is a shoe meant to take on the trails in the most extreme weather conditions. Developed for runners that don’t want to be kept indoors just because of some silly things like freezing temperatures, snow, ice, and sleet, these spiked runners were designed to keep their grip and keep you moving during the winter months. What I discovered while testing them was a shoe far more versatile in its real life application than its name would imply. In fact, what I realized was that they could easily become a year-round shoe for any time you want to take on soft, muddy, or technical trails as well. 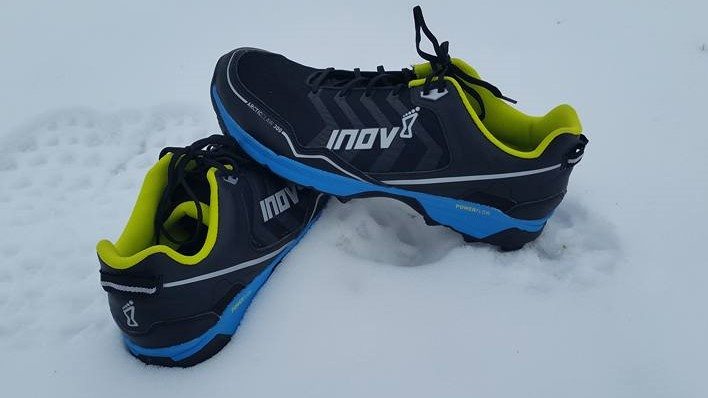 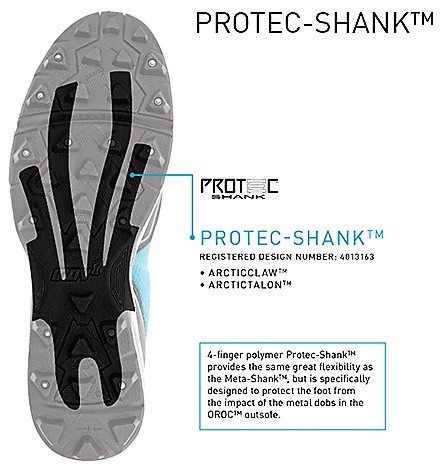 If this section was based solely on underfoot protection, it would have been a 10. The 4-finger
polymer Protec-Shank aligns with the carbide spikes to prevent them causing sore spots on your foot. It also protects your underfoot from anything else the trail might throw your way. I never ran into anything that caused the soles of my feet any discomfort while using these shoes.

Leather and canvas construction make the upper both comfortable and safe. Running through thorns and brush never caused any issues; nothing made it through. And while not having the waterproof GORE-TEX exterior offered on the Roclite and Trail Talon series, they are water repellent enough to keep your feet dry while running through snow and mud.

The reason I took off two points was because the toe cap on these shoes is pretty minimal. This wouldn’t concern me as much with most shoes, but since you’re more likely to catch your toes on hidden limbs in the snow than you would be on a normal run, this could be a potential problem.

With 7mm deep lugs and 16 tungsten carbide spikes per foot, these shoes are the ultimate in finding grip where other shoes would fail. It doesn’t matter if you’re planning on running on an ice rink or if you’re going through inches of muck and mud, these shoes will keep your feet from slipping.

There were times I ran over sheets of ice that were hundreds of yards long, and I was amazed by the firmness of the grip they provided. Each time I stepped down, I could feel the spikes biting into the ice. It felt more solid than I usually feel running on a road. 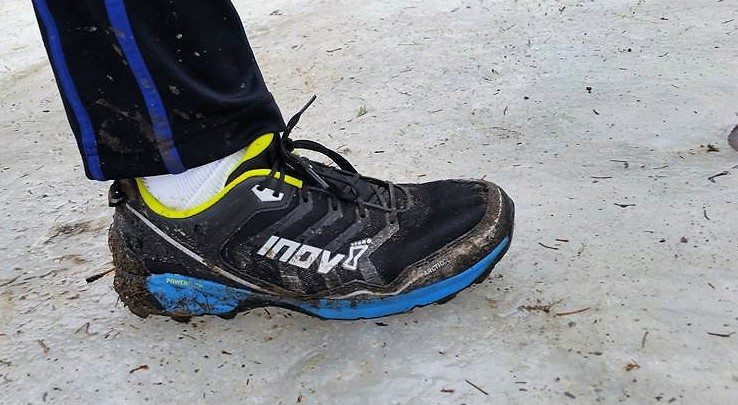 Another important thing of note in this section is the shape and position of the lugs in relation to the spikes. If you look closely, you’ll note that down the center of the sole, the lugs are smaller and more frequent than towards the outer aspects of the foot. The lugs get wider as they move out from the center, which provides a solid platform for your foot through the gait cycle.

The shape of the lugs varies depending on their location on the foot as well. The lugs are all angled forward on the front half of the shoe, to decrease resistance when the foot is landing. The flat side of the lugs are positioned to give maximum traction when pushing off. Additionally, the pyramid shape design of the lugs prevents mud from sticking to the soles and weighing you down. 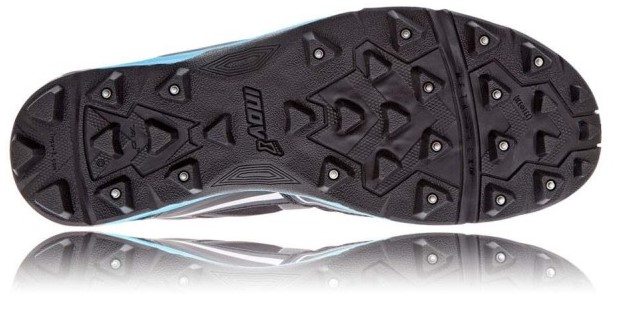 Finally, the small matter of the 16 tungsten carbide spikes per foot. I love the thought process that clearly went into choosing the position of these. They’re not running down the middle of the sole through the portion where that will be supporting most of your body weight, as this is the least likely area for slippage and would cause the most discomfort. Instead they’re positioned strategically in the forefoot for pushing off, the heel of the sole for foot landing, and along the medial and lateral portions for maximum traction throughout the entire gait cycle.

The Arctic Claw’s general upper design is quite similar to that of the X-Claw , which I also loved. It’s the simplicity of the design that makes it so great for doing serious distances in these shoes. The heel counter locks the heel in place so there’s no slippage. The mid area of the shoe is canvas with rubber strips that allow for a tight fit but have added flexibility for when they are cinched down.

The forefoot is wider than Inov-8’s Talon series, which is designed more for a tight fit while racing. The claw series has a wider toe box to allow for toe splay. This is important in a distance running shoe, so you can have more natural foot movement and a good supportive base. 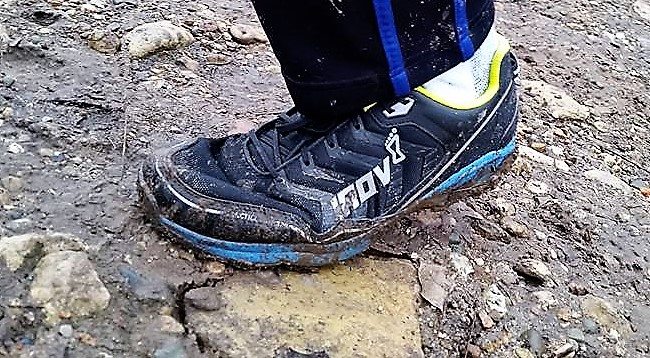 The most important aspect of these shoes stability though, is the Protec-Shank. This particular type of shank makes for a seriously solid base. While these are not technically listed as stability shoes, the firmness of the soles will help those with a mild overpronation or supination (underpronation).

I actually found this type of sole to be most helpful when running through thick mud. It helps prevent injuries to the ankle when coming down on slick trails, and the Meta-Flex groove in the forefoot lets you roll naturally into a strong push-off.  This is great because it goes a long way in reducing the wasted energy that goes into foot slippage. When these elements are combined with the traction just described, you have a super stable base to keep you running all winter. 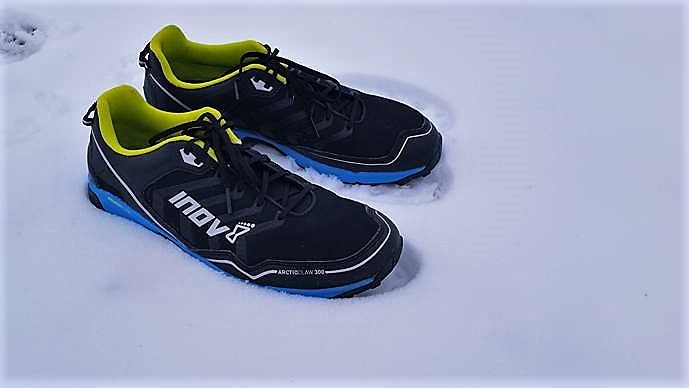 So here’s the part everyone cares about. Even if a shoe has great traction, stability, and even looks cool, none of that matters if it’s not comfortable. So let’s get down to the nitty gritty.

The upper is comfortable for all the reasons I just described in the stability section. The heel cup locks your heel into place by having a synthetic material come up and around the heel, coming in tighter at the Achilles. This material wraps around the ankle, keeping this portion of the shoe snug. This is countered on the inside of the shoe by a soft buffer covered in mesh, which prevents it from becoming uncomfortable. The tongue is covered with the same soft cushioning material which makes for a comfortable design.

Synthetic material is welded into the canvas upper in zigzag pattern strips, which all align with the shoelace eyelets. This allows you to cinch down the shoes as much as you desire, while still having proper flexibility and motion in the mid. The toe box is wide enough to allow toe splay and natural movement.

The insole is quite thin, and does not add much to the shoe, which is why I took off a point in this category. It is removable though, so if you’re looking to add some cushion to the ride, that is easy enough to accomplish.

The midsole is Inov-8’s patented Power Flow, which is specifically designed for better shock absorption and increased energy return. It provides a good amount of cushioning, without taking away from the responsiveness of the shoe.

One thing that I wasn’t sure if I was going to like was the shank of the shoe. The Arctic Claw is equipped with a four-finger polymer protec-shank. This is designed to protect the wearer from pressure points created by the spikes of the shoe. It does decrease the overall flexibility of the sole, making for a stiffer landing and toe-off. If this were a shoe designed for hard packed trails I think that would get annoying after a bit.

However, since the shoe is designed to be used on snowy, icy, muddy, or extremely technical trails, it helps control foot motion when the ground has too much give. This is the main reason that this has become my go-to shoe for runs in the mud, even when there’s no snow on the ground.

While this is obviously a personal preference section, I love the look of this shoe. I think it’s actually the best-looking shoe I’ve seen Inov-8 put out. It’s very modern, with the silver streak accent line that follows the rand of the shoe. The flat black body with the gloss black toe cap makes for a cool contrast. The frost-blue midsole and bright yellow interiors pull everything together for a shoe that looks like a sleek racing machine. 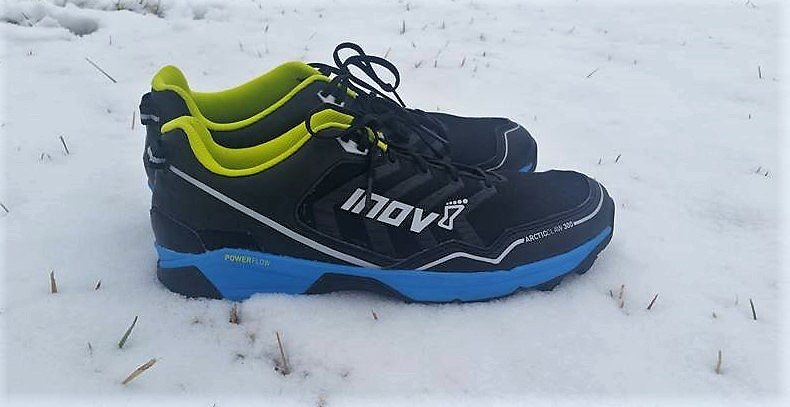 However, if you’re looking for a good deal on the X-Claws or any other Inov-8 product (and have military experience), check out www.promotive.com . Inov-8 offers up to a 50% discount on their products to military personnel through that site.

Disclosure of Material Connection: I received the INOV-8 Claw via Spotter Up. I was not required to write a positive review. The opinions I have expressed are my own. 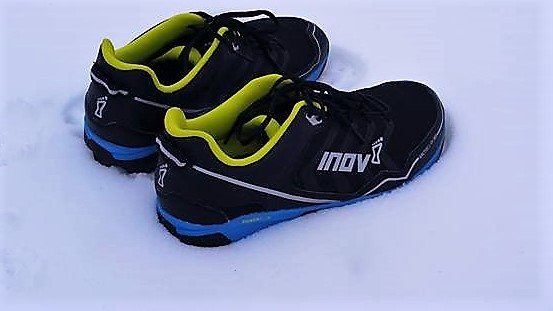