Made from billet aluminum alloy, construction alone is an absolute upgrade compared to the “McDonald’s toy” consistency afforded the stock polymer release.  However, Cruxord did not just stop with aesthetic appeal. No, they went above and beyond, yet again, to make this extended magazine release as functional as it is sexy.

For something as simple as a magazine extension/ release there is really very little I can tell you that isn’t expressed on their website: www.cruxord.com/collections/mag-releases-collection. I will say, form meets function and affordability with this quick fix to a mind numbing stock-blunder from the “perfection” inspired Glock lineage.

Personally I was sold on aesthetics alone. Largely because of my monster paw- Dutton claws, inherited from my father and Grandfather, reaching the magazine release is rarely an issue. My only concern, being a magazine extension, was premature evacuation of the magazine well.

My fears were short lived though, as the magazine release works flawlessly. It is even easy enough for an Army Ranger to install. There are a plethora of you tube videos on this subject so I will refrain from going into detail, but in just a few minutes you can have this mod up and running. 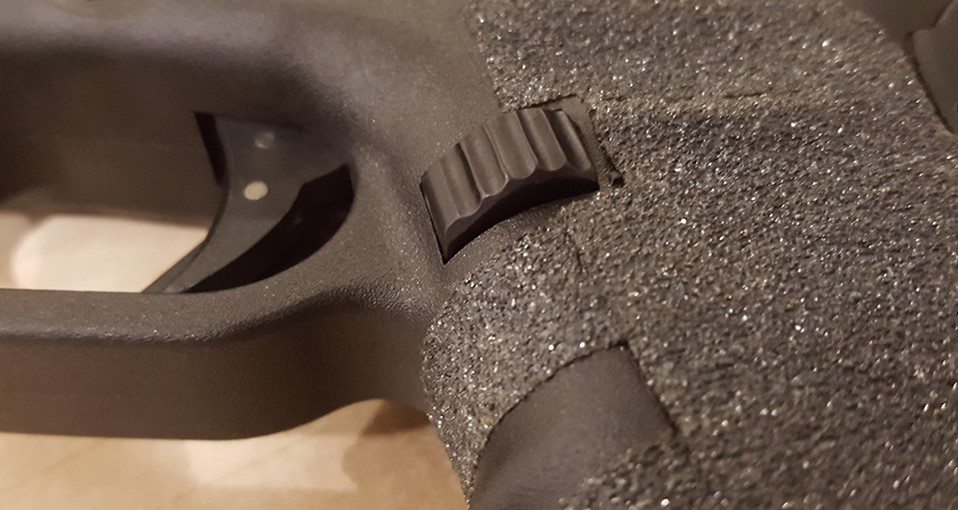 On the range I was surprised to find how inviting the release was. With its rounded extension, manipulating the release was easy at just about any angle but not at the expense of accidental discharge. It seems they put some thought into this product. Their attention to detail and functionality of this accessory prove it.

Bottom line, CruxOrd delivered yet again. Personally this mod wasn’t a priority, given my Frankin-fingers, but having tested it you can bet I will never go back to the stock magazine release again. For $25.00, it is hardly an upgrade you can argue with.