The S.O.C.P.® Sling is a new product from Vertx®, a leading manufacturer of low-profile apparel and accessories. Designed in collaboration with Greg Thompson, founder of the Special Operations Combatives Program® (S.O.C.P.) taught to US military SOF, and launched in Fall 2020, the S.O.C.P. Sling is an ultra-compact, low-profile waistpack/sling bag with a tactical difference.

Vertx, was founded a little over a decade ago, when its parent company, the Fechheimer Brothers Company, was approached by a federal agency looking for comfortable low-profile pants with the all of the functionality as the tactical pants they were wearing at the time but didn’t scream “shoot me first.” Vertx subsequently expanded more into low-profile clothing over time, which eventually brought them into bags and packs so their same customers could carry all the equpment they needed while remaining discreet.

At first glance, the S.O.C.P. Sling looks like like a typical minimalist waistpack that can also be worn slung over the shoulder. But looks can be deceiving. And in this case they definitely are. The S.O.C.P. Sling has some unique  features that differentiate it from other waistpacks on the market.

The S.O.C.P Sling is designed to be small but versatile. The outside dimensions are 10”W x 4”H x 1.6”D. As with all Vertx products, the design, workmanship, and materials used on the S.O.C.P. Sling are absolutely top notch.

The body of the S.O.C.P. Sling is constructed of weatherproof 500D CORDURA® nylon with synthetic leather accents. 500D CORDURA was chosen for the optimal balance of strength and light weight. Bonded nylon thread is used throughout with critical seams and attachment points bar tacked for extra durability. The internal pockets are constructed of durable, tear-resistant nylon mesh. YKK® self-repairing nylon coil zippers and Duraflex® (D-Flex®) plastic hardware are used throughout. The zippers are equipped with quiet positive-grip zipper pull-tabs.

The S.O.C.P. Sling offers multiple carry options. It has an adjustable, removable waist/shoulder strap made of CORDURA webbing. When slung cross-body, the S.O.C.P. Sling is designed to closely hug the body and stay in place during strenuous activities such as running. The S.O.C.P. Sling is also equipped with two adjustable blackened spring stainless steel attachment clips. The clips allow it to also be worn on belts up to 1.75″ wide and on the shoulder straps of other packs, either vertically or horizontally.

The front of the S.O.C.P. Sling features a zippered smartphone pocket with a touch screen window that can be folded down use via a spring-loaded quick release for use as a nav board. When done, you simply pull up on the tabs and it tightens back up to the S.O.C.P Sling.

Exterior flaps on the smartphone phone pocket can be folded in revealing a clear window to allow for discreet photo or video surveillance, effectively turning your phone into a covert body cam. The flaps are secured with VELCRO® when the smartphone camera is not be used. Video image quality through the clear window is very good, something that I was concerned about prior to using it. The clear window also allows you to use the flashlight on your smartphone as a hands-free light.

The main pocket of the S.O.C.P. Sling features back-to-back exterior zipper pulls to allow for ambidextrous access in low-light environments. The interior of the main pocket has two zippered nylon mesh pockets for additional organization.

There’s also a removable zippered nylon coin purse clipped to the inside of the main pocket. When filled with coins, the coin purse can be employed as an improvised sap/slapjack, providing a less-lethal problem solving option that may be carried where weapons aren’t permitted. Unlike some of the “coin purses” on the market which look like saps masquerading as coin purposes, the S.O.C.P. Sling coin purse doesn’t look at all like it’s designed/intended as a weapon. It’s totally discreet.

The main pocket also has a expanding internal pocket/dump pouch for additional gear, confiscated items or items picked up in the field. You simply unzip the bottom of the S.O.C.P. Sling to deploy it, allowing it to expand.

The zippered mesh pocket bodyside of the main pocket can be quickly deployed to access to a hidden pocket underneath with zippered access to the mounting panel on a hidden rapid access pocket for securing the sheath of a Benchmade® S.O.C.P. Dagger. It can also be used for other tools.

The S.O.C.P. Dagger was also developed by Greg Thompson. The S.O.C.P. Dagger is made of 440C stainless steel and is designed to the bridge the gap between hand-to-hand and firearms. It allows you to create space to transition to your firearm if the attacker still presents a lethal threat. It facilitates seamless transitions while allowing you retain control of the dagger. It’s great tool that serves its intended purpose well.

In addition to its training applications, the S.O.C.P. Training Dagger may also be employed a less-lethal impact weapon and pressure-point pain-compliance tool. It may be carried in many situations where the live blade is not permitted.

The S.O.C.P. Sling was designed with both covert and overt operations in mind. It blends into almost any casual environment. It looks like just a typical waistpack or small cross-body bag.

It can be an extremely useful tool during the conduct of certain surveillance ops. Using a smartphone camera gives you the ability to live stream and to upload videos, guaranteeing that the video is accessible.

The discreet video capability can also be a valuable tool for the average user for use in the video documentation of events, especially if the subjects don’t want to be filmed. It helps paint a much clearer picture of what actually happened in an incident, much like a law enforcement bodycam.

The S.O.C.P. Sling is a great minimalist EDC bag for carrying a phone and wallet/ID and keys for quick trips to the store, at the gym, while jogging or other activities/locations when you don’t want to (or can’t) carry all of your stuff in your pockets. It’s also works great attached to the straps of a pack for quick access to a phone and other frequently used smaller items. I often use it this way.

The S.O.C.P. Sling isn’t designed to carry a handgun. Although Vertx bags and packs are known for their firearm-compatible concealed carry platform, this wasn’t the intent in designing the S.O.C.P. Sling. Could it be used to carry a small handgun? Perhaps, but there are better options out there if this is what you desire.

The S.O.C.P. Sling has a MSRP of $75.99. It’s currently available in three colorways — It’s Black, Canopy Green/Galaxy Black and Shock Cord/Smoke Grey. It’s available online from Vertx at vertx.com or at authorized Vertx dealers. Vertx offers free standard shipping on all orders over $99.

Vertx stands behind all of its products. If you’re not 100% satisfied with your purchase, they will be happy to accept an exchange or a return for a full refund within 60 days of purchase (terms apply, as always). 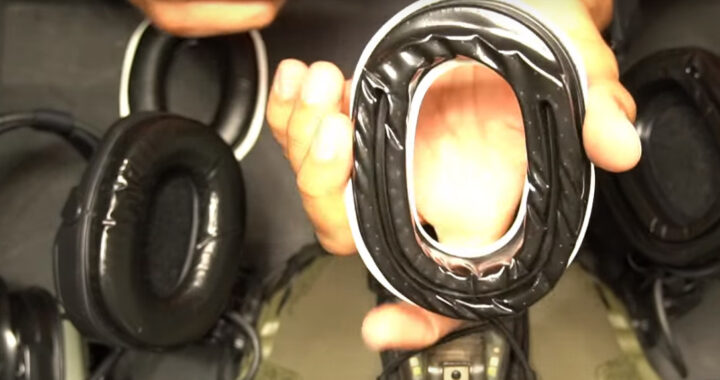