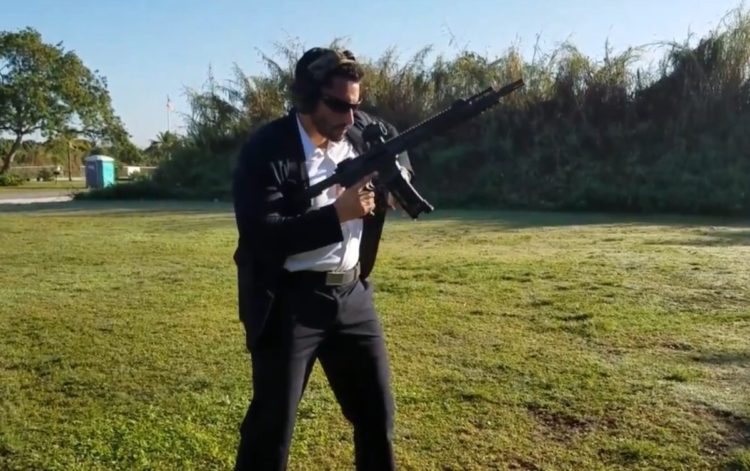 What exactly is a tactical gentleman? First let’s define the word tactical:

The word maneuver comes from the Old French maneuver for manual work or movement. I like to describe tactics as “finding a place to be”. Even when nothing is going on, the eyes, the ears and all of the other senses are working to keep you safe. In some scenarios you may have to keep your buddy safe.

In plain English: be competent enough to punch a guy squarely in the nose and shoot a carjacker without hesitation if you have the opportunity to do so. Have a sense of what is going on around you. Have the ability to deal with bad circumstances as best you can.

In modern parlance a gentleman is described as anyone who is chivalrous, courteous, or honorable. 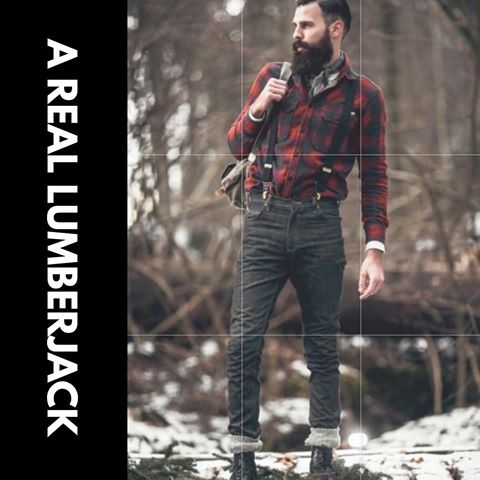 There are many websites and articles devoted to dressing like a masculine or rugged man. Some of the bizarre ideas promoted instructs readers to focus on creating a style that mirrors that of the working man who wears enduring apparel such as jeans, leather belts, boots and the like.

These websites instruct men to affect the look and mannerisms of real men, by growing hipster beards and dressing like lumberjacks, but they still can’t tell the difference between a hammer and an anvil. But they can most certainly identify the trendiest places to have a macchiato.

Having the appearance of a rugged man or a masculine man is posturing. In simple language its called being a poser. Thankfully we have real guys to offset the tilt of these urban lumberjacks.

The idea of the tactical gentleman is simply about a man who cares about how he looks because he has suavity and polish but he can get down and dirty and bite your nose off or stomp on your grill if he has to. He works on himself to be self-possessed, urbane and tough as nails.

He does not have any elements of the dandy style in his wardrobe like Beau Brummel, Wilde or Kanye and he isn’t overly concerned with his clothes and appearance in an excessive, foppish way. He uses his wits and aspires to have exceptional skills and strengths. Many tactical gentlemen protect public figures, celebrities, and individual families in roles such as being a member of the Secret Service or other security minded professional.

Many popular movies from the past and in recent times can be viewed to get an idea of this competent guy:

Examples of tactical gentleman from years past: 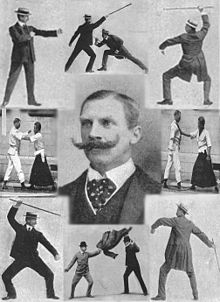 Barton-Wright’s style was a mix of British boxing, wrestling, fencing, French savate and the use of the stiletto.  He delivered a lecture to the Japan Society of London in 1901, and in his notes Barton-Wright wrote:

In order to ensure, as far as it is possible, immunity against injury in cowardly attacks or quarrels, (one) must understand boxing in order to thoroughly appreciate the danger and rapidity of a well-directed blow, and the particular parts of the body which are scientifically attacked. The same, of course, applies to the use of the foot or the stick.

Judo and jujitsu were not designed as primary means of attack and defence against a boxer or a man who kicks you, but are only to be used after coming to close quarters, and in order to get to close quarters it is absolutely necessary to understand boxing and the use of the foot.”

Barton-Wright had tactical sensibilities. His forte was teaching the art of gentlemanly self-defense. Martial artist and writer Tom Wolf sums it up the concept of Bartitsu very well:

“Bartitsu’s cultural origins can be traced to three primary popular trends of the 1890s. These include the media-fed panic concerning street violence, both “at home” and abroad; the public fascination with Asian (especially Japanese) culture, and the fad of Physical Culture and a means of developing both moral and corporal fitness.

Bartitsu was geared specifically towards the problems of self-defence in an urban, industrialized society, and was promoted to the middle and upper classes at a time when the bourgeoisie of Europe were becoming increasingly alarmed about their own safety. The phenomenon of street gangsterism was receiving wide publicity through the newspapers, which had recently discovered that sensational stories about sport and violence attracted a greater readership than did political reportage.”

Barton-Wright’s appeal was to the cultured man and there are sensible elements to his approach that can work for the tactically sensible dude. For guys with interests in prepping and carrying EDC gear the goal is to find clothing and gear that works when he dresses up.

Companies that I like and come to mind are Triple Aught Design (TAD) and Ministry of Supply (MOS) As MOS notes on their website, they create, “performance clothing for work and life so you can move freely, keep cool, and stay sharp.” TAD states they create clothing that has”exceptional quality and engineered functionality” to help adventurous and capable people succeed.

MOS makes a comfy, wicking suit. For those who work in the protective services field its good to have clothing, belts and shoes that are sturdy and comfortable.

Another interesting character is Lt. Colonel William Ewart Fairbairn.  Fairbairn was a British officer who served with the Royal Marine Light Infantry beginning in 1901. He decided to develop a fighting style of his own after a particularly close brush with gang members. 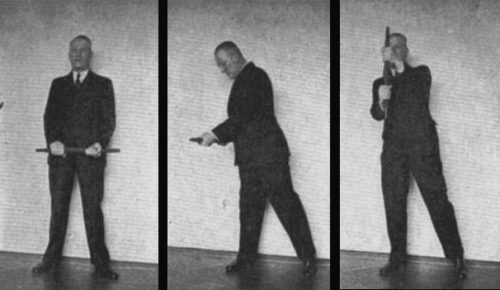 At that time, Shanghai was considered to be the most dangerous city in the world. After 30 years of experience on the streets and teaching martial arts he became and expert in hand-to-hand combat. In might have looked like an older gentleman in a suit but granted he had a place in his clothing for a knife, gun or tool to fend off attackers. 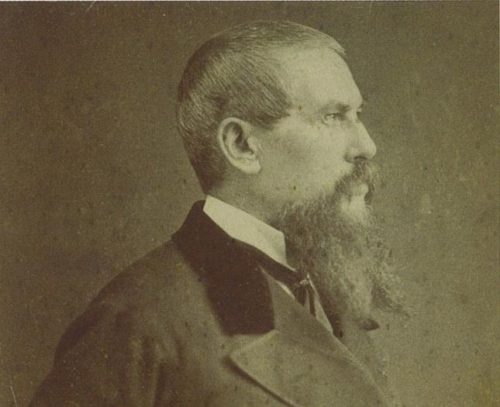 One other cool cat is Sir Richard Francis Burton. Burton was a gifted explorer. He was very articulate and went on to write much about his travels particularly Africa. If you get a chance I recommend watching the movie Mountains of the Moon with the Irish actor Patrick Bergin. Burton was an English explorer, geographer, cartographer, ethnologist, spy, linguist, poet, fencer, orientalist, diplomat, translator, writer, and soldier. He was a sabre master.

When it comes to style think and be more like Jason Statham of the Transporter movie series than John Krasinski of the Office TV series, although he was quite good as Jack Silva in 13 Hours in Benghazi. 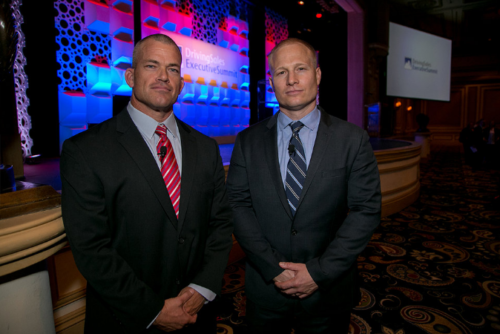 Think more of a Jocko Willink. A super skilled, American podcaster, author and retired United States Navy SEAL, who received the Silver Star and Bronze Star for his actions in the Iraq War. He looks great in a suit and could probably wrap a tire iron around most necks if a person got lippy.

In this new era gentleman don’t have to be hipsters and dandies who shirk off danger close situations. Being a gentleman isn’t solely a look it’s also an attitude. 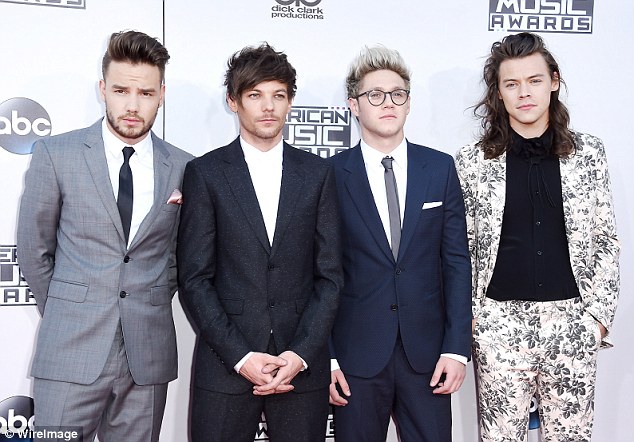 Which of these boy band members is not dressed tactically? Need help? Clue: Why is he dressed like a bed cover?

When I described a gentleman as a person who is chivalrous, courteous, or honorable I didn’t mean they are sissies or fashion mavens. I mean they are no different from the knights of olden time; they are civil yet brave enough to handle a situation that gets out of hand if need be. You could tell who they were by their style (banner, uniform, markings et al.) but you weren’t sure of what they could do until they did it. Remember the character Dalton in Road House?

Dalton: “I want you to be nice until it’s time to not be nice.”

If you’re going to put a lot of emphasis on your Everyday Carry (EDC) items such as your knife, watch, flashlight, gun or wallet then why not find the best built dress wear to use them with? Flip flops, blue jeans and your latest t-shirt might be great for a weekend BBQ but don’t tell me you won’t have to wear a gorilla suit to your girlfriends work-related soiree sometime in your life.  There’s going to come a time when you’ll HAVE to be dressed well so why not find the best that you can afford?

Looking good creates good first impressions and well-made and nicely styled clothing looks good on your body. I won’t list every reason for dressing nicely here. My particular leanings are towards mod style which has been so savagely ripped by cultish designers who create retro-wear for models who look anorexic or drug-addicted. This Italian inspired style with slim-cut jackets and near stove pipe trousers is most capably worn by actor Daniel Craig in the last three James Bond movies. 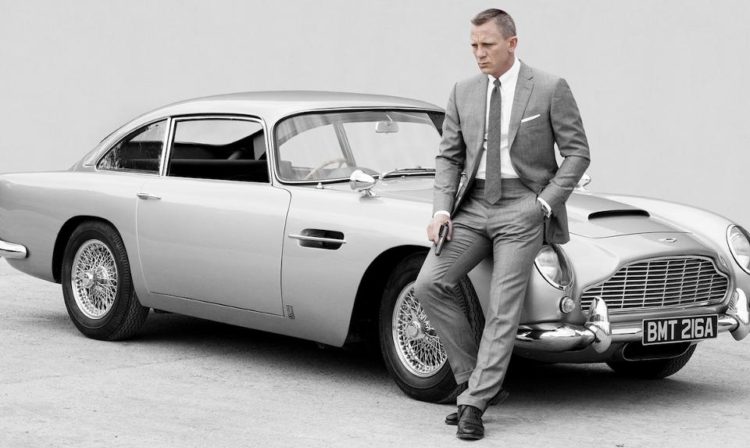 Fashion should not be solely in the hands of reckless provocateurs in order to be loud. The warfighter, the lawman and anyone else who likes a masculine or rugged look should apply some sense and structure to their wardrobe. Clothing should fit well and allow a full range of movement. Tops and bottoms should not be too loose or too tight.

Whatever your tastes or background I recommend that you make it work for you. You shouldn’t be pigeonholed into one look or another. Perhaps you top off your suit by wearing cowboy boots.  Remember, the idea of the tactical gentleman is simply about a man who cares about how he looks because he has suavity and polish but he can get down and dirty and bite your nose off or stomp on your grill if he has to. He works on himself to be self-possessed, urbane and tough as nails. 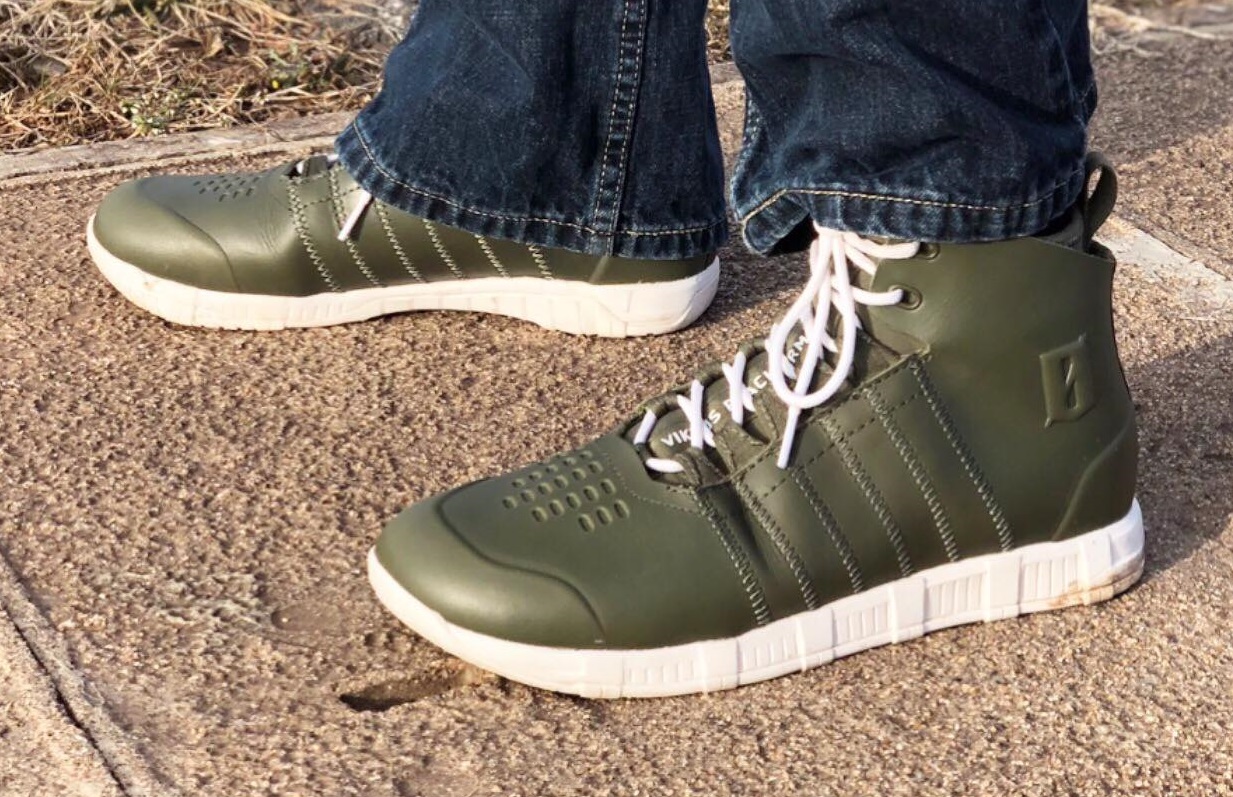 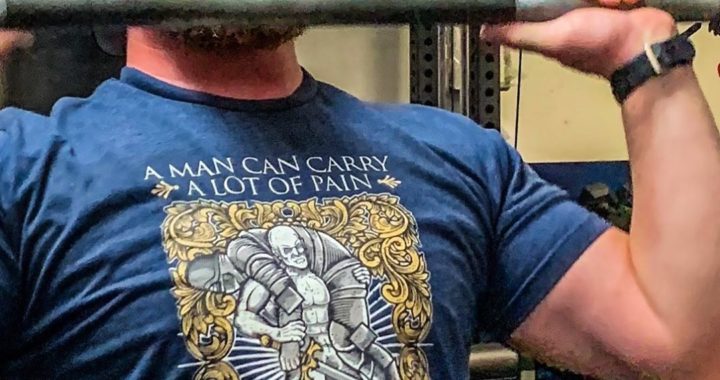