Yes, Major General “War is a Racket” Smedley Butler has his own graphic novel and it’s a fascinating, informative and a fun read.  The U.S. Naval Institute through Naval Institute Press and Dead Reckoning publishing is looking for new approaches to reach new audiences interested in military history.  They achieve their goal with flying colors.

I know no Marines, few military professionals or students of the Military Industrial Complex that don’t know of Smedley Butler.  He is most popularly famous for his views on the economics of war and how bankers and industrialists profit from it.   The graphic novel largely skips these controversial views and focuses on the man.

General Smedley is one of the few to ever be awarded two Medals of Honor and the book details those unbelievable exploits.  Just as unbelievable are the numerous famous historic personalities Smedley crosses paths with.  One definitely gets the Forest Gump déjà vu as the legendary Smedley interacts with other notables like Herbert Hoover, Admiral Frank Fletcher, 1SGT Dan Daily USMC and more. 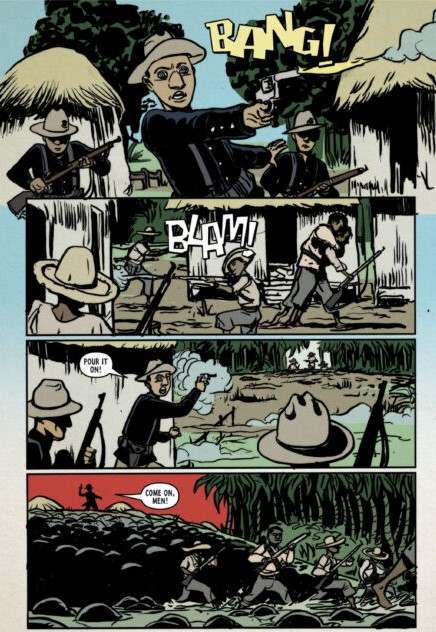 The whole tale is set as a retired Smedley is asked to speak at the Bonus Army camp during their demonstration in Washington DC.  The Bonus Army consisted of WWI veterans demanding early cash payment to their service certificates to mitigate the impact of a historic depression that came to influence American behavior for decades after.  As Smedley gets the lay of the camp before his evening speech, he regales soldiers with stories from the SIX armed conflicts he served in during his incredible life.

The writing and art is by Jeff McComsey who also wrote and illustrated FUBAR and American Terror.  The art is crisp and engaging.  At only 166 pages of illustrated literature the book is a quick read and very informative.  I could not put it down anyway and read it in one sitting. 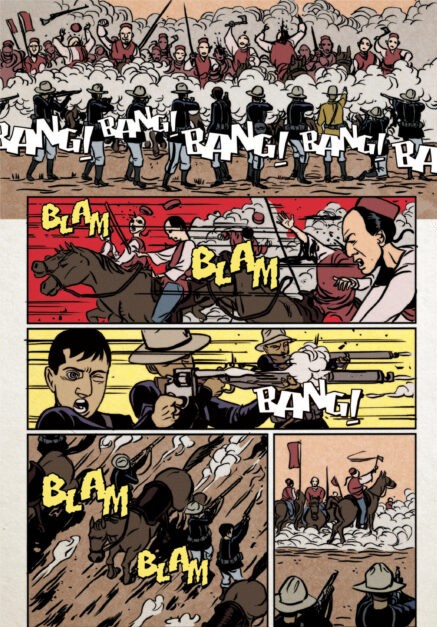 The story is riveting as Smedley’s adventures, accomplishments and deep compassion for the Marine and soldiering fill every page.  I learned a lot about America’s imperialist period, the Bonus Army and the author’s perspective of the legend that is General Smedley Butler.

Thanks to the US Naval Institute for offering me a pre-publication copy to read. It will be released on October 16 2019.  You can purchase it now on Amazon Prime.  Whether one is or isn’t a graphic novel fan or serious reader, you’ll enjoy this book and be better for having read it. 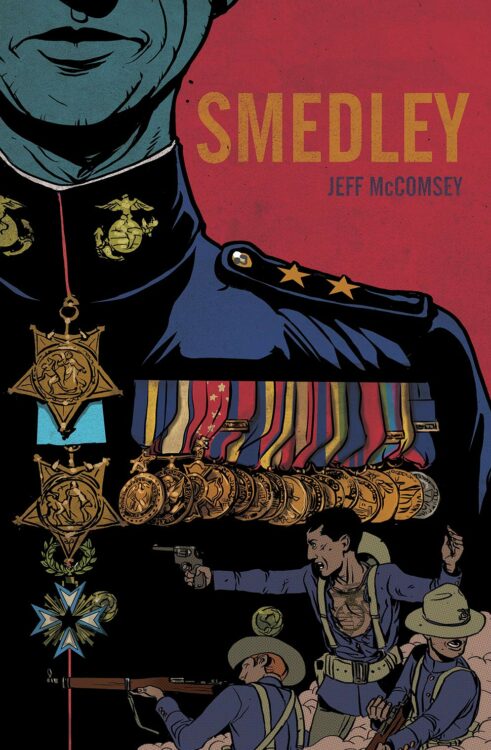