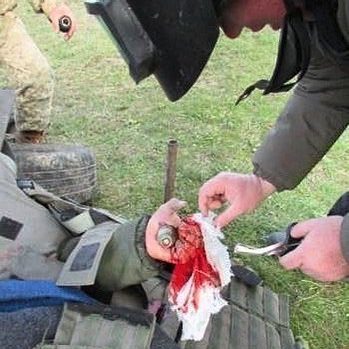 The picture to the left is from a class a friend happened to get pictures from and the shooter probably wished he’d never inflicted this damage upon himself. What would you do, pull it out?

Airway, breathing, and circulation are the three life-critical factors when assessing a down and wounded patient, but when people bleed, they die. If folks don’t make it out of the woods, it is often due to a problem in one of these three areas, but bleeding is big. Stopping the flow of blood on a deep would can literally save lives. By stopping the flow of blood using a clotting agent or bandage, we play a great role when treating wounded in the field.

Hemostatic, or blood clotting, emergency gauze are wildly available and in my view a must for any medical kit. We are taught in EMS schools “direct pressure and elevation” as the manual method of stopping blood flow.

Using a hemostatic, like QuickClot Combat Gauze, which uses a naturally occurring mineral agent to speed the clotting process, is a major help when applying manual compression to an open wound. The bandage is affective within 3-5 minutes and can be left on a wound for up to 24 hours, will not tear when removed, and will not stick as the gauze does not absorb fluids: first clean or irrigate wound, apply gauze, apply pressure, then stabilize the area.

Before 2008 all you could buy was the powder form, which can sometimes burn, so make sure and buy the gauze. Expiration dates are critical to the maximum effectiveness of the gauze so pay attention to that when shopping around.

For nosebleeds, you will readily find QuickClot Gauze made specifically for that purpose, but be mindful of other methods. 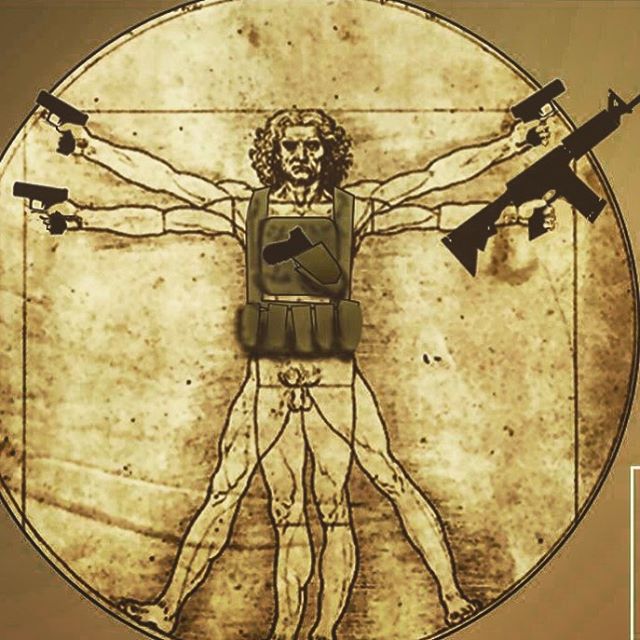 Don’t take your health for granted

At this year’s Wilderness Medicine Conference in Lake Tahoe, CA, I was informed on a natural method for controlling nosebleeds from someone in the audience. She told us she was on staff for a professional fighter or fighting team, in I think Japan, where she learned this sort of organic trick to stopping a nosebleed.

First have the person bleeding either sit in a chair with their legs at a ninety degree angle, or on the ground in the supine position. From here it’s real simple: extend right leg and strike three times on the heel.

No one in the room had heard or ever tried this method but it’s worth a try. Another method for stopping a nosebleed is to blow out the clot, sit down gently, and spray Afrin nasal spray in there. It is used for congestion but will stop a bleed too.

Nanobio bandages are in development and have likely seen action on the battlefield already. Breakthroughs in technology have allowed researchers to at MIT to apply thrombin, a biological blood clotting agent, in bandages at the nanoscale.

Doctors have been using thrombin to clot in hospitals for years now, soaking sponges with it, but these new developments allow a nanoscale-thrombin sponge infused with tanic acid to be packed in a med kit and brought into the field. In addition these benefits, a Popular Science article online states:

MIT “is now working on a sponge that combines a blood-clotting coating with an antibiotic layer in a single sponge to help fight off infection even as a dressing stops the initial bleeding.” A sponge or bandage with these properties sounds like an indispensable game changer.” 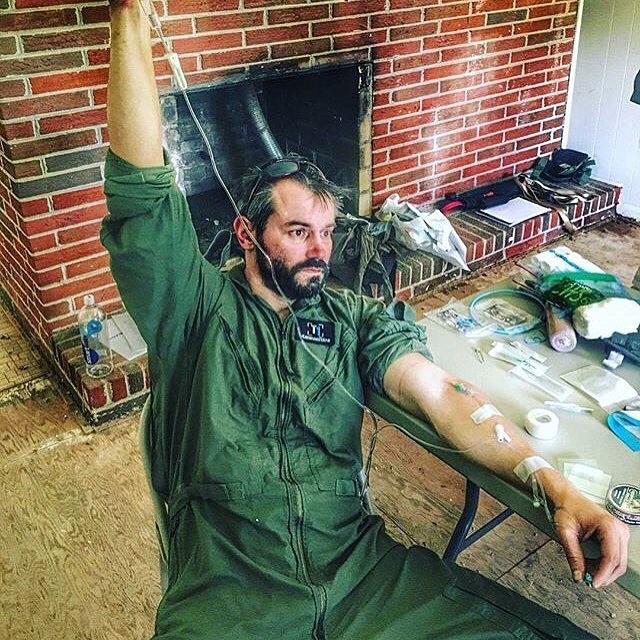 Can you administer aid to yourself like J. Paisley of CAGMAIN?

The only drawback I have read about it, though FDA approved now, the bandages use a bovine sourced thrombin, which may cause allergic reactions in some patients. Shelf-life, however, is long enough to be practical for field use but as for cost, perhaps not practical for civilian use? I don’t know. The product is still in development so look for it to become more available soon.

Tranexamic Acid, or TXA, is another clotting agent now being used by military medics to control bleeding. TXA is a protein derivative, which inhibits the break-down of clots, or fibrinolysis, and is used primarily in trauma patients. It can be administered either through a bolus or else orally. It has been found to save lives when administered within 3-hours of injury and has a help ratio of about 67-1 in trauma patients.

In other words, 1 in 67 people were saved who would have otherwise died who took this TXA and no one who has taken it within the three hours has been recorded to be hurt by it. This is big news for emergency care operators.

Clotting agents similar to TXA have been available for a while but they have posed problems with clotting, which is not always a good thing. Blood clotting for a trauma patient can also cause problems like heart attack and pulmonary embolism, among others.

TXA, however, has not been found to present any risks if, as they 2010 study suggests, it is administered before the three hour period where it then actually does harm. Unlike hemostatic bandages, TXA has temperature limitations and may not be practical in all field applications.

Weather a combat causality or a civilian trauma situation, hemorrhage control is the greatest factor in saving life. By understanding the tools available it is easier to prepare your kit with the best available resources. In a survival situation it could be days, or longer, before help can be administered. Many people can die from blood loss in the field, not from the trauma itself or the shock. Some do die from shock.

Shock is defined as inadequate tissue perfusion, which in this case is being caused by a lack of oxygen being delivered to cells as a result of blood loss. Therefore, shock (lack of tissue oxygenation) is killing the person.

This time factor is why it is always a good idea to keep an appropriately supplied med kit with you. It will only make your day.