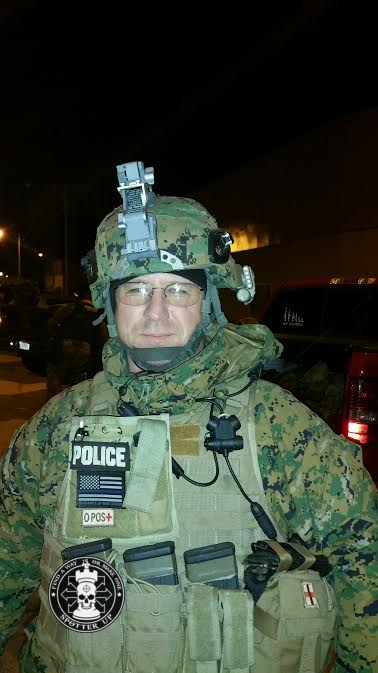 Silynx Communications, Inc  was founded in 2005.  Their Facebook page states that their mission is: Dare the impossible –  Achieve the extraordinary.  Silynx was one of the first in the industry to offer in-the-ear communication/hearing protection/hearing amplifying systems.

They offer systems that cover everyone from the back yard shooter, professional shooter, hunter, law enforcement, SWAT and Military users.  They have the ability to monitor two different radios.  You can even plug your smartphone into the control box.

I have been using a bone conduction type headset with my SWAT radio for years.  I am a sniper on my team and at times I go in with the entry team for high risk warrants.

The headset that I was issued and made due with slipped onto my head, the speakers rested just in front of my ears and had a boom microphone, the large push to talk box seemed heavy, the cords were stiff and always in the way.

Also the strap that goes over the head was always moving forwards or backwards, when you took the headset off the strap would always move around and made me have to reset it causing them to be uncomfortable and create unnecessary issues.


My duty requires a headset that is easy to switch up on the fly as the mission changes.  While working entry I run with a plate carrier and while as a sniper I use a load carrying harness with soft body armor underneath.  The headset I had prior to this was one that had a cord that was inflexible, always in the way and had a boom microphone that I never liked.

Sometimes on call outs the only place for me to set up with my rifle was on my support side.  I could deploy without a headset, but that forces me to have to remove my hand off the rifle to use my hand-held radio.  When deployed with the headset on and using support side I have to move the boom microphone out-of-the-way just to get a solid cheek weld which the down side is that Command can not hear what I was saying clearly. 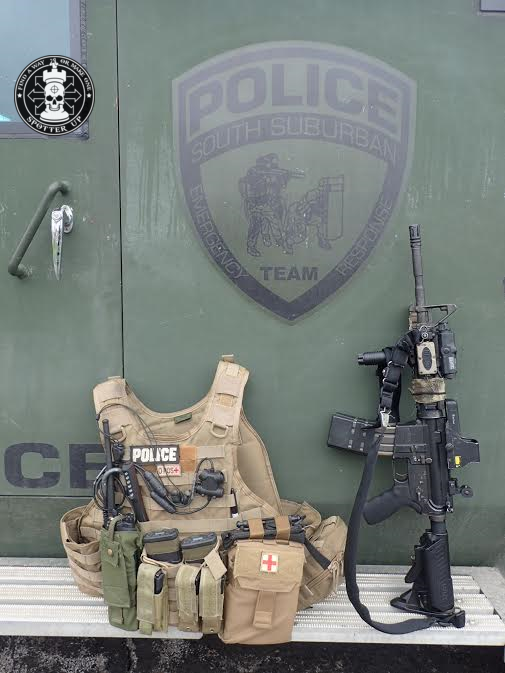 I had come home from a barricaded subject call out the day a Silynx Clarus headset system arrived for me to review.  When I unboxed the Clarus headset system one of the first things I noticed was just how light the push to talk box was compared to the one I used that morning, how flexible the cables were and there was no boom microphone (the microphones are in the ear buds or HPEDs) 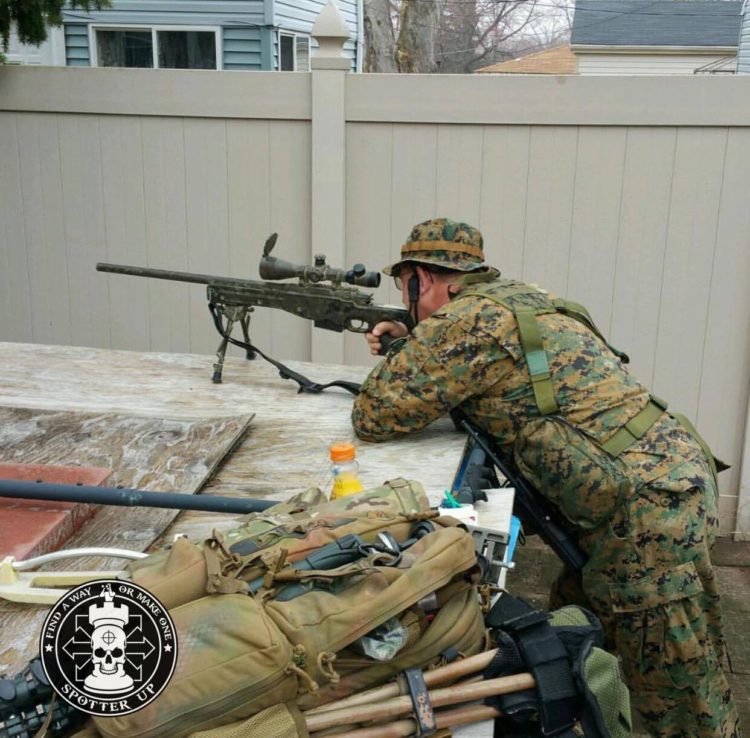 On an actual call out

I attached the Clarus to my radio as I wanted to try it out prior to putting it into service (we had a warrant that night).  I found the user guide to be easy to follow but left me with some questions as to how to put the shell ear retainers on. Watch our video below:

This was easily fixed as Silynx has videos on their webpage to explain this.  When I put the ear buds in my ears and turned the unit on I immediately liked how the Clarus amplifies ambient noises.  I pared the wireless PTT box to the Clarus and packed it up for that nights warrant.

I arrived early to attach the Clarus and radio to my gear.  I put on my entry plate carrier, I put the ear buds in and turned on the system.  I comm checked and was told that I was understood clearly.

That night riding out to the target in our jump out truck  I was able to hear everyone talking without any issues.

I was 7th in line for the entry into the target house when door was breached and a flash bang was deployed, the first thing I noticed was just how soft the noise of the flash bang was when it went off (I am usually eating the bang as we are standing outside the door).

Throughout the clearing of the house I liked being able to hear my teammates talking in the rooms and on the radio clearly and without any confusion.

Since then I have been on 5 other warrants.  One time I was standing underneath and to the side of someone who deployed an exterior flash bang off of a bang pole hat one went off just after an interior one.   Again the Clarus canceled out the loud noises and amplified the ambient ones.

On another warrant I deployed the flash bang.  After tossing the flash bang just inside and to the right of the doorway, the bang bounced off something and landed right back in the middle of the threshold as I was standing about 5 feet away and the Clarus canceled out the loud noise.

The micro wireless PTT unit was another item that is impressive.  What impressed me was how it can be attached to my rifle while doing entry work and be able to keep both hands on the rifle working my radio with just a push of a button.

Normally, I would have to take my support hand off the rifle and reach over to my PTT button on my vest, not anymore.  With placing the micro wireless PTT unit close to my forward hand, with minimal movement of my thumb I am able to communicate with my team and still have control of my rifle. 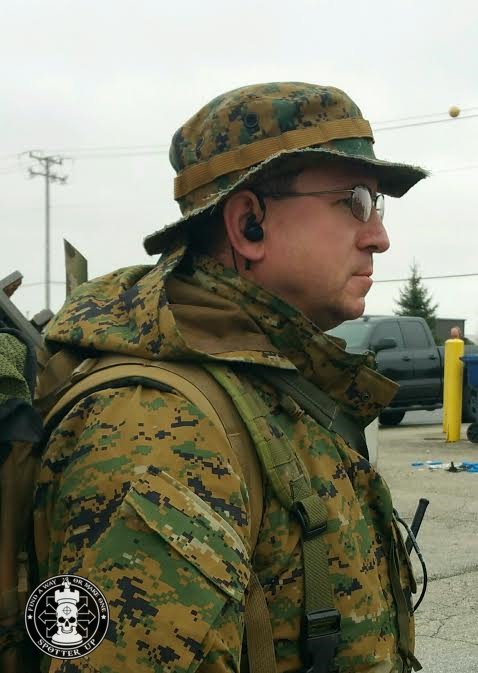 On one barricaded subject call out where I used the PTT button, I took the micro wireless PTT off my M4, attached the finger PTT button, ran the cord through my sleeve, attached it to my finger and placed the micro wireless PTT in my shirt pocket.  I was able to keep my shooting position with my rifle and just operate the radio with a push of my finger.  My support hand stayed in position without sacrificing the stability of my rifle without any issues during the call out (about 4 hours long).

I have been using the Clarus for approximately 6 weeks now during my SWAT duties.  While there have been a lot of positives, I had an issue with just which ear bud goes into which ear ( I would like to see some type of raised/colored identifiers).

There is a lot of cordage that comes with the system and while that is not entirely a bad thing, it does take time to find just the right placement of the unit and cords to make it feel right.  Once while wearing a hood that covered most of my face I had an issue not being heard clearly while talking but once adjusted back a little the issue cleared up.

I really like the Silynx Clarus!  It was easy to configure the Clarus to fit any mission profile that I may have.  The ability to cancel out the loud noises while amplifying others is game changer in my book.  The ear buds are comfortable and stay in place when moving around.   It is light, easy to operate and perfect for those that may have to switch up which shoulder they shoot from.  For those that want to have a comms button on their weapon I recommend to look into the micro wireless push to talk unit.  You will not be disappointed.

I would highly recommend the Silynx Clarus to others that are looking to replace their head sets.  The Clarus is not just for SWAT, anyone that can have the need for single or dual comms and noise protection/amplification would benefit by having one.  The MSRP while on the high side for some is still less than what I would have expected for a headset that does as much as it does.

I received this product as a courtesy from the manufacturer Silynx via Spotter Up so I could test it and give my honest feedback. I am not bound by any written, verbal, or implied contract to give this product a good review. All opinions are my own and are based off my personal experience with the product.