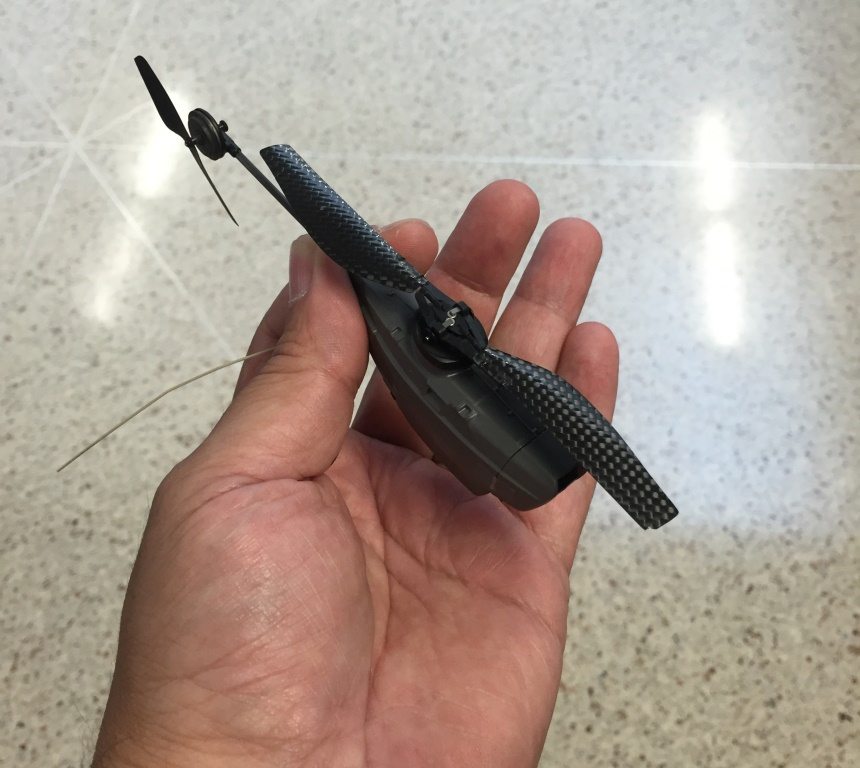 Brigadier General (Ret) Arne Skjaerpe showcased a palm sized drone from Norwegian company Proxdynamics at Ft. Benning’s Maneuver Conference last week.  It was the only squad level aerial drone I saw.  I thought this was one of the most sci-fi concepts brought to life at the whole conference.  I left impressed both by its size and capabilities. 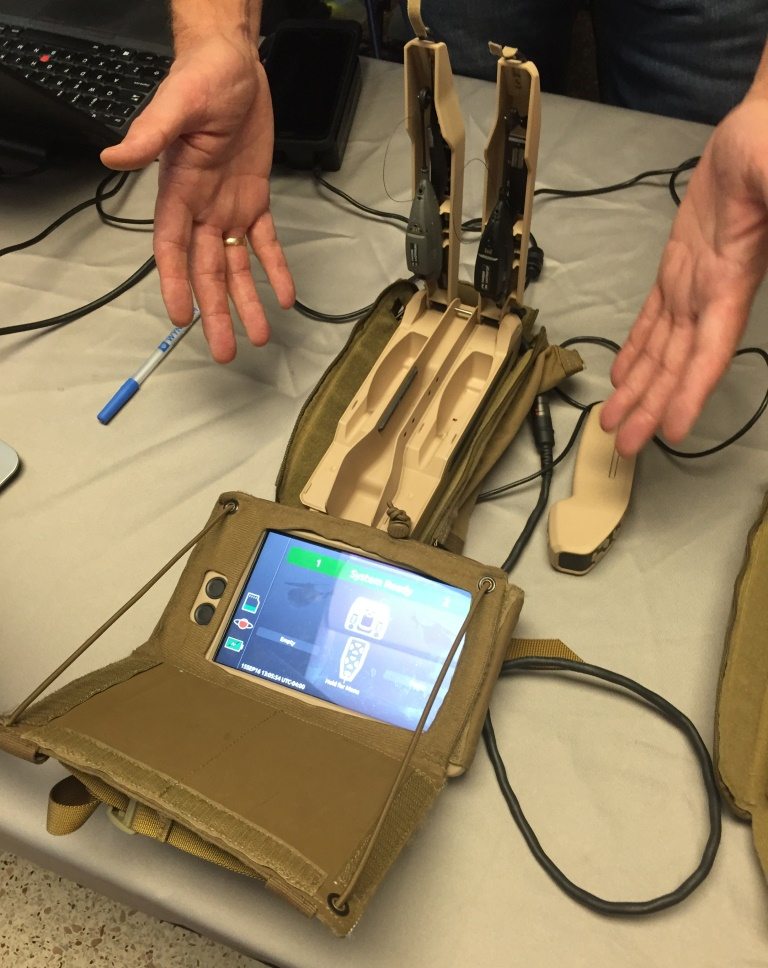 Black Hornet 2 system from Proxy Dynamics Photo by Will Rodriguez

What makes the Black Hornet 2 ideal for the Infantry squad or small unit operations is its packaging and ease of operation.  Along with those qualities it boasts some pretty high-speed sensors, redundancy and military level encryption.  The Black Hornet 2 features a carrier with a flip open lid containing a day and night drone.  They are controlled from a flip down iPad sized tablet.  Both components are designed to be attached to the soldier’s kit and the whole system weighs less than three pounds.

The day drone has an electro optical color camera while the night drone has a thermal sensor.  Both drones can be flown at any time but not simultaneously and have about a 30 minute operating time with approximately 30 minute recharge time.  This provides the unit almost constant intelligence, surveillance and reconnaissance (ISR) capability.  The drones can send back live video or still shots to its operator tablet sized controller.

Training is very simple and can be conducted in about 30 minutes.  Devoting a day to practice results to a pretty competent operator.  The system is driven by GPS.  Each drone isn’t so much “piloted” as told where by the operator where to go.  This greatly reduces operator training and  workload.

The drones have a one mile range.  Can be flown up to about a height of 150 feet, weigh 6 ounces and are whisper quiet.  I couldn’t hear it at four feet in a hallway.  The drones are robust enough to fly in 15 knot winds with gusts up to 20 knots.

Check out this one minute video.

The system seems tailor-made for the challenges one could expect at the small unit level from final reconnaissance of an objective to peeking in a window or around a corner.  The only shortcoming being the system really can’t be flown inside structures but that is something Proxdynamic is working on.  Still the utility of the system is obvious and would also be a great tool for law enforcement.

So far, 19 other nations are reported to  have purchased the system primarily for its special operations forces though the British Army seems to be fielding it on a much wider basis with over 300 units.  The system is only available to government entities which is understandable given it $30—40 thousand price with small number purchases.  One must keep in mind this isn’t your hobby store drone.  Besides its unique combat focused packaging, the Black Hornet 2 has very advanced sensor capabilities, secure communications links, quick recharge times,  auto pilot, GPS/waypoint navigation, return to base and lost link functions.

During my experimentation with the Army a decade earlier on squad level robots I noticed they often demanded a high level of training and the complete attention of the operator to function.  This simultaneously robbed the squad of two men, the operator and an additional soldier to provide him security and even to remind the operator that the unit has moved on.  This system alleviates that quite a bit and provides much-needed ISR to the Infantry squad which typically can’t count on that level of support.