We confuse philosophy with preaching, with agitation, with novel-writing, with lecture room jargon. A doctrine that does not attack and affect the life of the period is in its innermost depths no doctrine and had better not be taught.~Oswald Spengler

One of the most pointed changes for juveniles came when the Industrial Revolution took hold during the 18th and 19th centuries. As industry developed in urban areas many people moved into the cities to fill the needs growing demands of this industry. One way the need for man-power was fulfilled was through the manipulation of children because they were treated like chattel. Greater overcrowding, poverty, and misery increased in the cities during this period of early 20th century America. Historically children could be bought, sold and treated like property but this dreadful treatment of them begat some of the very movements that would bring them greater protection from being abused, especially as juveniles under the juvenile justice system, but the reforms would not always occur naturally. 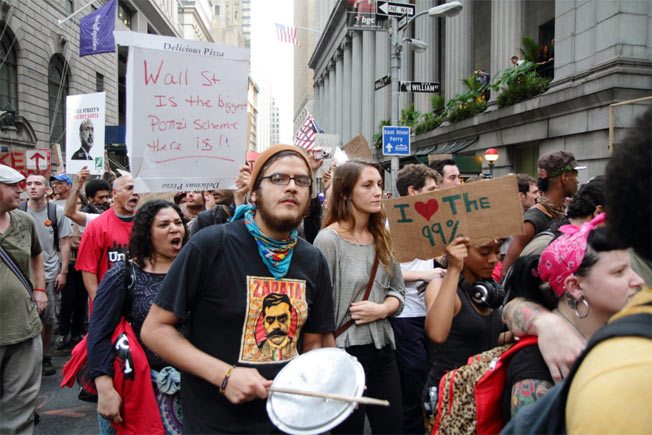 Another movement was directly influenced by progressive activists such as Jane Addams and Julia Lathrop who convinced key politicians of the sensibility and utility of having a juvenile system distinct from the adult justice system. They focused on a multiplicity of goals, such a better standard of care on dealing with immigrant children, runaways, homeless children but most importantly, criminal justice reform.  A belief was the city was partially responsible for the corruption of way ward children. Corrective measures to induce saving men and women from the ‘evil ways’ of these industrialized cities, from prostitution, gambling, need for slavery, or worse, were written about by many writers, activists and sociologists and historians.

Readers familiar with the journalist Upton Sinclair’s book the Jungle, the civil-rights activist/sociologist W.E. Dubois or writer John Steinbeck, who wrote about poor, working-class people and their struggle for a decent life, were direct contributors to social reforms occurring throughout America. 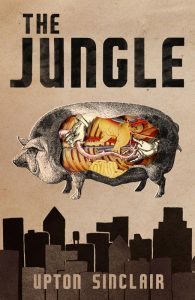 Meanwhile, the movement towards educational and religious reforms that had its’ roots in Europe’s Renaissance period were another pressing element that moved people away from viewing children as property and more as people who could be saved. Prior to any development of a formalized system of care, children were left without specialized protection should they succumb to the ‘evil ways’ of being an offender or a delinquent. They were treated just like adults.

The philosopher, writer and educator Mortimer J. Adler argued in his book the Great Ideas, the Industrial Revolution brought with it a paradox of leisure and labor. He writes about the bad consequences of the Industrial Revolution, such as the elimination of a life of pleasure, the trivialization of productive tasks yet discusses how it conversely encouraged the entrepreneurial spirit to work, increased commerce, ushered in reforms, and made it possible for men and children to have schooling. A focus is put back on morality, the spiritual value of man, the dignity of all forms of labor and the leisure to participate in the rights of political suffrage and the duties of citizenship. How enriching and enlightening. 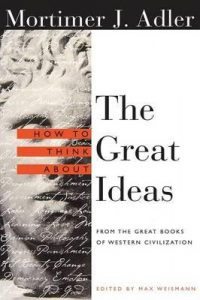 The puritanical ideologies of salvation melded with other progressive ideas and brought about innovative programs for rehabilitation, such as welfare programs through institutions that sought to raise children to become productive members of society. Children, largely viewed as chattel were being viewed more as in need of protection.

The desire to protect children also meant a desire to rehabilitate them. Whereas they were once treated as adults, they would be treated differently. A movement for a more formalized system of care for children evolved. This movement was the creation of houses of care, reform schools, training schools, and apprenticeship institutions. Calls for reform and operational practices evolved so that children wouldn’t immediately be dropped into the jails or prisons. Delinquents might have a chance to be saved from themselves and the corrupting influences of industry because of the efforts of grassroots public policy initiatives and a variety of social programs.

But it seems to me that the pendulum to emancipate children who are to become men has swung too far to one side. The good work done by those on both sides of the aisle is being destroyed. Today we are raising a nation of man-babies! Adler never suspected the Industrial Revolution would give way to a gigantic wuss factory. We are producing wussies.

The goal to protect children backfired because we smother them with the ideas of political correctness so that they are too afraid to evolve as an individual. We condition them to huddle with the other clueless kids where groupthink replaces truth, and development never gets a chance to happen. We’ve raised men that talk about safe spaces and micro aggressions.

The idea of sacrifice so evidenced from the examples set by our grandfathers and great-grandfathers is disappearing; thank God many of us can see the truth. Only a small section of society is stepping up to protect this nation. How did the Greatest Generation, the generation that fought the German and Japanese armies during WWII, become replaced by men so fragile?

It’s because the weirdos gained legitimacy for their crackpot ideas.

The entrepreneurial spirit to work doesn’t exist in man-babies. They want to live in their parents garage or basement until they’re well past the age of 30. Yet the increased commerce that helped usher in these reforms, and made it possible for men and children to have schooling, is used to create safe havens where the concept of truth is relative.  Kids learn that working hard and getting ahead are forms of aggression. They learn that capitalism is evil and the work done by European innovators was simply rich, white men stealing the ideas of other cultures. History is being re-written and sadly people are happy that it’s happening. 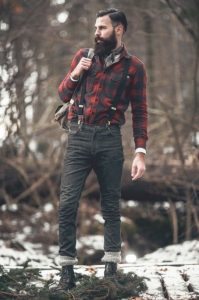 Their focus on morality is completely out of whack. Every poser thinks its better to look cool than to do the right thing, because there is a payoff for it. If they tell the world to “be tolerant” they must themselves be enlightened persons because they are agitators, and the rest of the world will love them for it. If they criticize then they must be brave because it takes bravery to tell others how privileged the rest of the world is.

Bravery is that quality that allows someone to do things that are frightening or dangerous. Bravery requires a person to fight against evil. Yet how can you fight evil if truth is relative? You can’t fight evil by espousing that compassion and feelings will always over come bombs and bullets. You can’t fight evil by ignoring Islamic fascists like ISIS, while promoting false myths such as: conservatives are waging war on women, or are racists, or xenophobic, or Islamophobic, or homophobic, while the real evil exists and grows. They would be well served to remember the words of their own champion, John Stuart Mill.

All honor to those who can abnegate for themselves the personal enjoyment of life, when by such a renunciation they contribute worthily to increase the amount of happiness in the world; but he who does it, or professes to do it, for any other purpose, is no more deserving of admiration than the ascetic mounted on his pillar. He may be an inspiriting proof of what men can do, but assuredly not an example of what men should do.~John Stuart Mill

They learn to affect the look and mannerisms of real men, by growing hipster beards and dressing like lumberjacks, but couldn’t tell the difference between a hammer and an anvil. But they can most certainly identify the trendiest places to have a macchiato. Thankfully we have real guys to offset the tilt. I am gobsmacked every time I read stories about our nation’s warrior’s; men who’ve fought the good fight and done so during multiple military deployments. 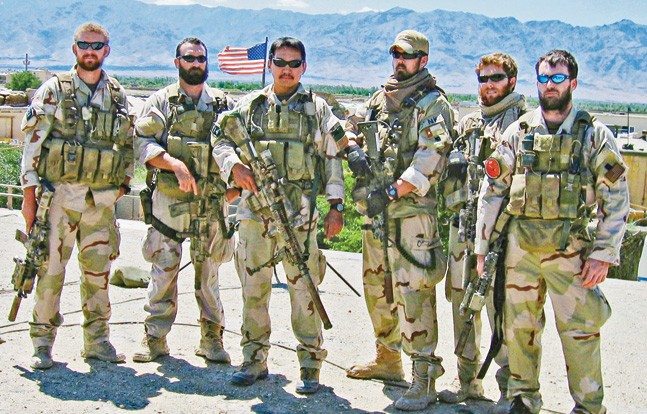 The spiritual value of man is lost in the idea of multiculturalism and groupthink. There is no solitary journey for a man to take because there is no individual accountability to God or man to take. You must either agree with them or you are a racist, a bigot, and are very close-minded. Everyone’s ideas about self-worth is lost in the idea of groupthink and this encourages illogical and unexpected decision-making by the group. Groupthink means people cannot form their own thoughts because any thinking outside of the group is intolerable. They live and die by their feelings. Fact, logic. evidence is thrown out the window and society is supposed to celebrate these brilliant geniuses for their profound thinking, yet they are not a discerning group regardless of how sophisticated they believe they are. Man-babies.

Yet group-think isn’t such a bad thing if the group is united and working together effectively to destroy pseudo-states such as ISIS.

Man-babies babies lose sight of their personal moral principles too. Any individual sense of right or wrong is overridden by their fanaticism and adherence to the  group’s overall intentions rather than towards rational decision-making posited by a sole member. A lone member, whether from inside or outside their group, with a differing viewpoint will be ostracized.

I could go on forever…

Today the game of tag is banned during recess at many elementary schools because kids are told it’s potentially harmful to them. They can’t play cops and robbers either. What ever happened to childhood? Kids are growing into thin-skinned wussies and becoming ineffective men. Parents will find their children in revolt if they make the child an equal to either parent. Authority will no longer have meaning if we equalize everything. Everything is relative.  The social work done in the last 100 years needs to be halted. Let your child figure it out for himself. Stop brainwashing him. Stop overwheening him! Stop over protecting him! Let him figure it all out for himself! Let our kids get back to building forts, playing war, and kicking the crap out of each other, and finding out what works and what doesn’t. I could go on for hours, but will stop it here. End of rant

Here are some steps to get your man-babies headed in the right direction:

Teach them to live by real values and principles.

Teach them to be leaders.

Teach them to be humble.

Teach them be independent.

Teach them to be courageous.

Teach them to be seekers of wisdom.

Teach them to serve others.

Teach them to fight for what they believe in.

The new rebel in our time is a sceptic in our society who will not trust anything. He has no loyalty; therefore he cannot be a true revolutionist. The fact that he doubts everything gets in the way every-time he wants to denounce anything. For all denunciation implies a moral doctrine of some kind, and the modern revolutionist doubts not only the institution of which he denounces but the doctrine by which he denounces it.~G.K. Chesterton