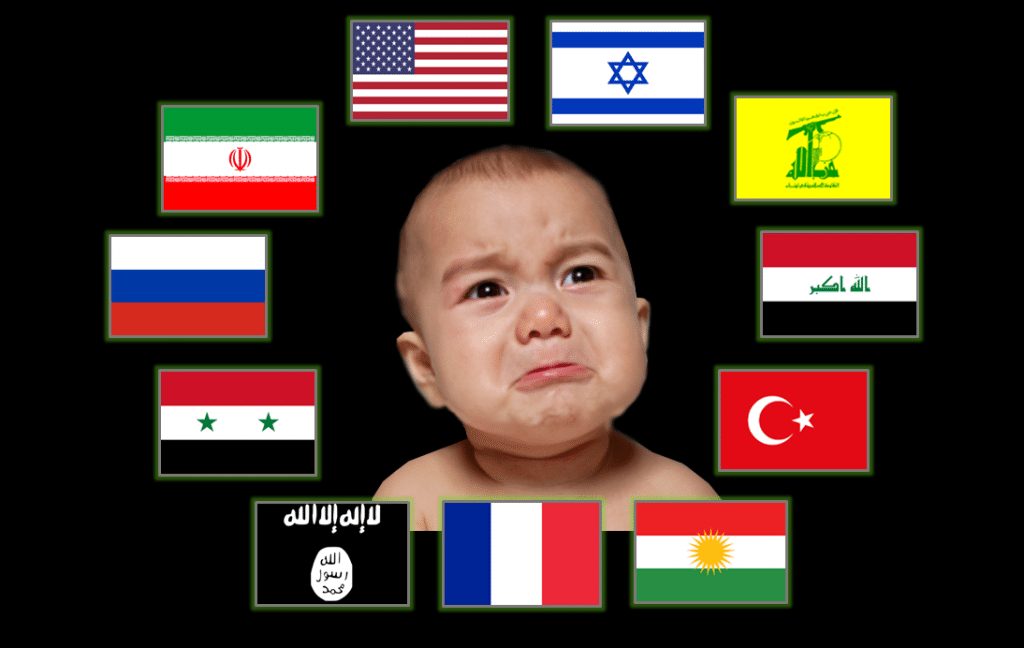 Originally published November 20, 2015. More has come to light but here is an overview.

It was in 2011 during the Arab Spring that Syria created the conditions in the Middle-East, helped further along by the Obama administration’s vacillating policies. Removing Assad now would be difficult since Russia stepped in to shoulder the regime. Once, time was of the essence.

Without a sensible strategy enacted, everyone other than Obama, has seen what the removal or near removal of a dictator causes; an implosion in Iraq, Libya or Syria where each fractious Islamist group turns on each other. The strongest wins.

Allowing the Russian backed Assad to stay isn’t pleasant but it seems a better alternative than allowing the Islamic State of Iraq and Syria (ISIS) to run amok. Iran is in this game too, and that means another regional actor’s influence is felt as well. America must decide what to do. Critics are hammering Obama’s strategy of ‘staying the course’ while the area is destabilized. 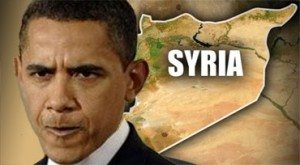 ISIS can be destroyed quickly. An old military maxim states: “an army marches on its stomach.” Napoleon discovered this when his forces went without supplies against Russia and lost. Obama’s idea of ‘containment’ would be one strategy; box ISIS in and let them wear out but it also needs a follow up kill-plan. There is calculated reasoning behind the U.S. doing nothing; Syria is a state sponsor of terror and maybe a bit better than the alternative the region is experiencing. Though many of these problems have existed for centuries, it is our own clueless administration that stoked this particular fire. It never clearly defined the enemy, never built allies in the region, never armed the Kurds with anything other than antiquated weapons or it short-changed them, and never built safe havens for refugees when everything started going ‘south’. To really understand it all, we have to get some background on Syria.

Bluntly put, “who made a mess in this sandbox?”

During a round of questioning at the Valdai International Discussion Club, Putin gave his opinion on who created ISIS, but it’s not that simple; but let’s take a look:

Syria has been designated by the U.S. Department of State as a state sponsor of terrorism. The State Department’s “Patterns of Global Terrorism” report, demonstrates that Syria sees a strategy in “indirect involvement” as preferred method of dealing with international and inter-Arab relations against various countries, primarily Israel. The straight-out support by Syria for groups committed to terrorism plays only a small part of their involvement, by U.S. reasoning. Syria is on the State Department’s list of State Sponsors of Terrorism, primarily for providing the funding, safe havens and also a moral support of many non-state terrorists groups. The groups Hamas, Hezbollah, Kurdish PKK and the Palestinian Islamic Jihad have their headquarters in Damascus, Lebanon. Syria has vociferously denied involvement in terrorist activities and rejects the terrorist categorization. However, Syria insists that it has legitimate rights to liberate Arab territory “occupied” by Israel and therefore any action taken against Israel is not terroristic but emancipatory.

The history of Syria’s sponsorship of terrorism goes far back into the 1960’s whereby it provided a safe haven for any number of militant groups. Hezbollah was founded partly by Syria. It is a Shiite Islamist militant group and it too is on the U.S. State Department terrorist organization list. Since the 1980’s Hezbollah has been trained by Syrian forces and provided political and material support. A belief among many is that Hezbollah, trained by Syria, was responsible for the horrible attack on a U.S. Marine barrack in Beirut in 1983 which killed 241 servicemen; 220 Marines, 18 sailors and three soldiers. Hezbollah, Iran and Syria have continued to deny any involvement in any of the Marine Barracks bombing.

There are many ways that Syria fights and their form of terrorism is done mainly done by proxy. They have many goals, such as destroying Israel, and they do this by giving diplomatic, organizational aid and political power to non-state terrorist groups. With ISIS and the Syrian rebel matter being a huge problem, Syria has to change its strategy for now on Israel. Syria allows Iranian arms to regularly come through their borders. The United States own regional goals have been thwarted by Iran and Syria since 1979 when these two nations created an alliance that has had a significant impact in shaping the Middle East and politics. Bashar al-Assad’s hold on power is coming from the Iranian security and intelligence services advising and assisting him. Iran is quietly deepening its involvement with Syria. Obama foolishly withdrawing troops from Iraq now gives Iran an opportunity to expand into other regions in the Middle-East.

Lebanon is controlled by Syria in order to allow Hezbollah to attack Israel. But this example is too simplistic and there are major and complex reasons for Syria to continue its sponsorship of Hezbollah and the PLO. Both terror groups are in the world spotlight, but the focus here is Hamas, and it too is very involved in the destruction of Israel. Hamas continually refuses to commit to practicing nonviolence, agreeing to recognize Israel as a state, and accepting previous agreements that were made by Western powers with Arab nations.

Syria backing of particular groups eliminates their internal enemies in the inter-Arab and Palestinian arenas. Syria doesn’t care about the Western Powers, or the United Nations sanctions and is only concerned with its prestige among those in the Arab world. Syria is intent on become a larger nation in the Middle East; this would encompass Syria, Lebanon, Jordan and the Israeli territory. ISIS, and Syria’s internal conflict has been a huge distraction but Syria continues its ambitious goal to undermine any negotiations made between Israel and its Arab neighbors; this serves Iran’s goals further. Both nations intent is to redirect and make Western and Eastern negotiators deviate from success in finding resolutions. It is known that the Kurds are caught between Turkey and Iraq in the search for an independent Kurdish state. Syria exploits peace talks by using the Kurdistan Workers’ Party, which uses Syria as a headquarters and base of operations against, to wage terror against neighboring Turkey of which Syria is not friendly with.

The level of support given by Syria to groups and from Iran to Syria comes in various means, in the form of money, training, equipment, intelligence, and it is more focused and increases in scope yearly, especially with the terror group ISIS taking over in Syria and Iraq. Each group fights over resources and the group that is most powerful rules over all other groups, or it will just eradicate the competition.

Syria and Iran work under an ideology which finds them willing to destroy any who are not supporters of their fascistic and fanatical views. Two can accomplish far more than one, and three more than two. How odd then that the Taliban, Al-Qaeda and ISIS operate under the same ideology. The U.S. was stuck trying to determine which group to back and they’re all bad. But it should have never been this difficult. Clinton, Obama and his team did a poor job in this region. It seems this is a culture with no respect for boundaries.

Iran and Hezbollah’s contacts with Hamas are not making in-roads within Syria because President Assad vetoed the return of Hamas to their axis; this axis includes Damascus, Tehran and Beirut. Iran does not want to remain idle while Hamas makes in-roads in Israel. Internecine warfare doesn’t seem to matter to these nations or groups because they will have their supporters. Interestingly, a quote by Zahir Mohsen, a Syrian leader of the PLO, sums up their brand of thinking:

“The Palestinian people does not exist. The creation of a Palestinian state is only a means for continuing our struggle against the state of Israel for our Arab unity. In reality today there is no difference between Jordanians, Palestinians, Syrians and Lebanese. Only for political and tactical reasons do we speak today about the existence of a Palestinian people, since Arab national interests demand that we posit the existence of a distinct ‘Palestinian people’ to oppose Zionism for tactical reasons, Jordan, which is a sovereign state with defined borders, cannot raise claims to Haifa and Jaffa. While as a Palestinian, I can undoubtedly demand Haifa, Jaffa, Beer-Sheva and Jerusalem. However, the moment we reclaim our right to all of Palestine, we will not wait even a minute to unite Palestine and Jordan.

The statement made by Mohsen echoes the sentiment, not only by terror-groups but by many Muslim or Arab nations in the Middle-East, that of wanting to ignore the rights of sovereign nations regardless of the facts, regardless of who they lose, and how much power will change hands among other these plotters. The world has seen how countries, like Iraq, Libya, Egypt and Syria which had some type of working structure, could really become unstable and this attracts every miscreant to stake a claim. The Middle-East can gain and lose a nation in less than a generation.

PLO, Hamas, Fatah or any terror-group funded by Syria will have to be put on hold for now. Syria has a lot on its plate. Al-Qaeda has morphed into something very dangerous. The new group ISIS is recruiting many fighters as it seeks to carve a caliphate across western Iraq and eastern Syria. They have been able to fund and do logistics by themselves as they seize territory. Tanks, helicopters, and jets have been left behind by the Iraqi army; it seems with this strategy they do not need Syria’s backing. Syria has a fight on its hands. How Russia and France move this forward will be interesting to see. America’s hand is being forced even as our strategy is to be inactive. 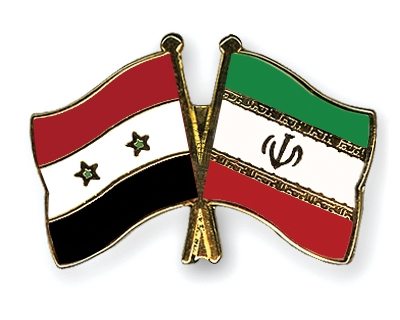 If the United States seeks to work indirectly with Syria to counter the growth of ISIS then they indirectly strengthen Iran. Obama created a massive problem in the Middle-East by withdrawing American troops early. This allowed ISIS safe haven in many areas. The President never launched heavy strikes into Yemen, Libya, Iraq, Syria, or even the Sinai where it counts. He had more options back then, even to remove Assad, but now he can’t. Striking a nuke bargain with Iran, giving the cold shoulder to Russia with Clinton’s horrible engagement abilities and reset plan, and arming the rebels was foolish on the Administration’s part. What to do next? In the end, there is a large battle on everyone’s hands, and there are a lot of players: Turkey, France, Israel, the United States, Russia, Iraq, Rebels, Syria, Iran, Kurds, Hezbollah.

Now that I discussed Syria, in Part 2 I’ll go further into how ISIS was created, and for the record they weren’t created by climate change. We’re going to find out from Big Papi why he left the sandbox. 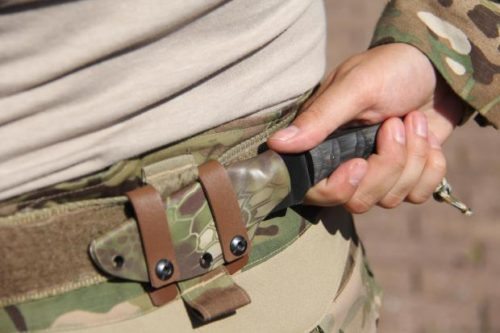