The Remington Goldensaber Bonded is one of my top go-to carry rounds for full sized pistols. In recent years, I have turned to mainly shooting the 9mm, which leads me to favor the 147 grain variety of this round. It is also available in 124 +P if that is your style, along with a variety of other popular duty calibers. I would assume that the 124 variety would do better in barrels as short as 3.5″ given that it is kicking out of the barrel at a higher velocity.

The Remington Goldensaber has been around for a long time, and has quite a controversial reputation with plenty of people who love it and those who hate it. Regardless, the fact is that several Police Departments around the country still use the Goldensaber, and I think that says something about its effectiveness.

With time, we must evolve to stay relevant and competitive. Quite simply, if the Goldensaber was to stay relevant against its other competitors, it needed to be capable of performing through barriers. Bonding the core to the jacket was the most obvious method for them to accomplish this. Though this ammo is hard to find, it has found usage in a small number of LE Departments.

The Goldensaber is a very unique hollowpoint to say the least. The bullet uses a brass jacket that is supposed to slow down expansion, or at least resist rapid expansion. This ends up doing a couple of things for the bullets terminal performance. First thing it does is present a longer temporary cavity in the body, which does very little unless it makes direct contact with organs that are sensitive to “hydrostatic shock” like the Kidney or Liver. The other thing it does is resists full expansion. Expansion is the key to what makes a hollowpoint stop in the body. The faster a round expands, the lower the penetration. Likewise, more expansion slows down the bullet fast just like flaps on an airplane. Basically, it is like the difference between stepping on the brake at high speed, and gradually adding pressure to the brake. The latter will take longer to stop, but it will be more controlled.

Now with the brass jacket being bonded to the core, the added benefits of slower expansion and the ability to retain the jacket through barriers makes this one formidable round. Though I will say that it seems that the bullet does get somewhat sloppy expansion on the lead. There is no longer a hole cutout in the nose of the bullet, but a cup that seems to rely on the “crushing” effect of passing through dense tissue in order to facilitate expansion. 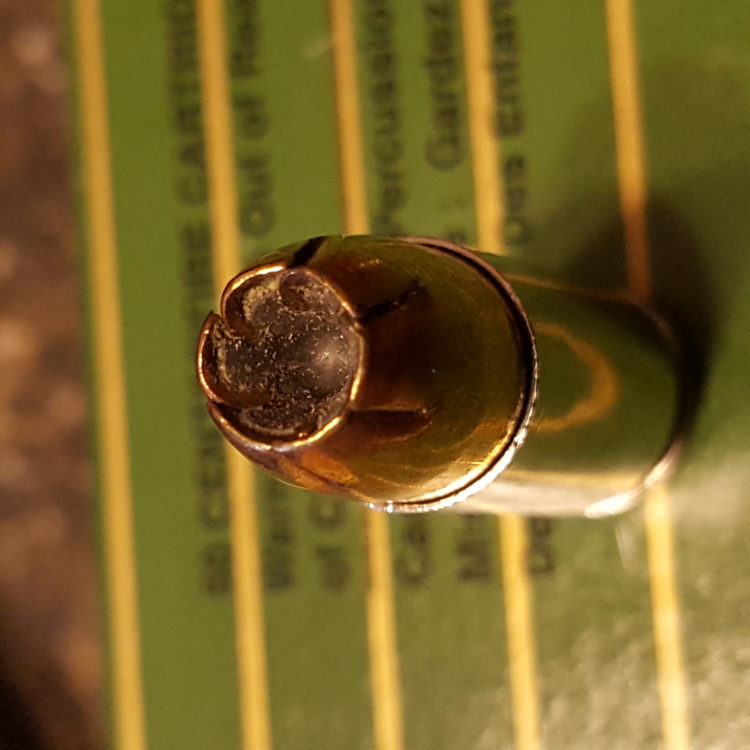 Due to the lack of documented test results out there, I felt compelled to test this round myself. With the help of the Clear Ballistics gel blocks I acquired, I was able to put together a testing protocol that was relevant to the environment I currently inhabit. The clothing I used for this test(heavy clothing test) is two layers of cotton T-shirt and a knockoff Carhart jacket. This reflects what I see most often in my area in the winter time.

Since I usually use this ammunition in a carry and home defense role, I decided to test both. I currently have an H&K P2000 strapped on my side when I go out, so that was an obvious choice for what to use for my shorter barrel/compact pistol test. The P2000 has a barrel just under 3.7″, but utilizes polygonal rifling and a chamber step to help with velocity increases and consistency. Now these effects are generally marginal, but when using a heavy bullet out of a barrel smaller than 4 inches, every bit helps.

For my 4 inch barrel I used my favorite striker fired pistol, the Steyr M9A1. It has standard rifling with a barrel length matching that of most full sized carry pistols. Generally speaking, I think this 147 grain round will reliably perform out of a barrel of 4 inches or more. Both pistols will be shot three times into the testing media through the winter clothing. Due to the fact that I have to use two pistols in this test, I feel that I can only reliably get 6 total shots through the blocks before I risk overlapping the wound channels.

For my testing media, I am using (2) Clear Ballistics 10% FBI blocks. Clear Ballistics advertises that their 10% block mimics muscle 100%. Their gel does not require special handling or setup. Just make sure there are no bubbles in the mold, shoot, and remold it.

One thing I will note about clear ballistics gel is that it can sometimes present deeper penetration in higher velocity and lower diameter bullets due to its elasticity. When looking at the penetration results in Clear Ballistics, don’t expect the same results in penetration and expansion as you would get from the old fashioned FBI ballistics gel. In reality, holding rounds to 12-18 inch standards in any medium but FBI ballistics gel is not a realistic standard, regardless of whether they are calibrated the same or not. It is all about chemical makeup and how the media reacts. For instance, the classic FBI gel shows huge stretch cavities and tearing when shot. With Clear Ballistics gel, there is minimal stretch or tearing, which indicates that it has more elasticity. If this is the case, wouldn’t logic dictate that we should not implement the same performance standards on these two medias? Anyways, let us move on.

After testing the Goldensaber Bonded, I found it to have very interesting characteristics in how it expands. Out of a “shorter” barrel like the P2000, it would seem that the round lacks the necessary velocity to “crush” the nose of the lead into the petal channels, if it even expands at all.

You can see the obvious differences between the performance and expansion of the rounds fired out of the two pistols. The difference of just a quarter inch makes all the difference when it comes to this round performing.

I know there is someone out there who is screaming that I am forgetting to show the expansion cavity and how devastating it looks. Believe me, I haven’t forgotten about it. It is immaterial in the real world when you really look at what wounds a person. Penetration and direct hits to vital organs are the main wounding factors that work hand-in-hand. In the real world, muscle will move around the hydrastatic “shockwave” that most people are so amazed by. Also keep in mind that muscle flexes and is highly elastic. This means that any cutting and ripping would not be a big open tear. And even if this were the case, the blood lost from that would not be enough to definitively stop a threat.

In my own little mind, I feel that the 9mm 147 grain Goldensaber Bonded round is a great round. The condition to it being a great round for me is that it needs to be used out of a 4 inch barrel at a minimum. This round is not really ideal for short barrels, even by a little bit. Therefore, I feel that this would be a good home defense round, as well as a full size carry pistol round. I feel that the penetration on this round is perfect for me. I personally feel that 20″ in this medium can be a good marker for what would usually get about 16″ in traditional/old fashioned ballistics gel. By that is my thoughts on it. Realistically, I am fine even with 20 inches in traditional gel. But everyone should do their own research and make a choice for themselves. I just hope I was able to deliver valuable information on the TERMINAL effectiveness of this round. 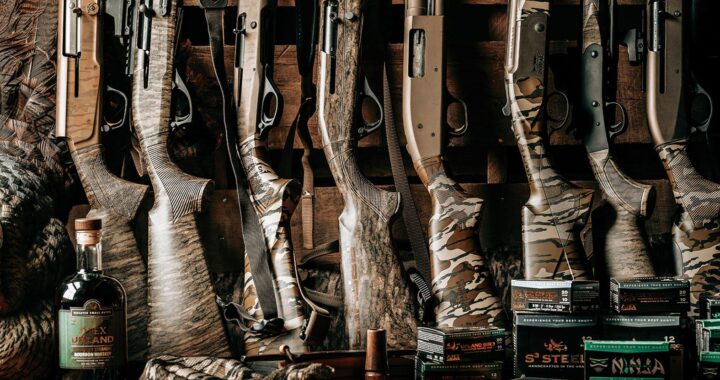