If you’ve ever looked online for quality over-under and especially Italian made,  you will quickly realize the price tag is far beyond what most people would consider investing. If you’re looking for an over-under that won’t break the bank and one that I would consider a best-value, then check out the recently imported Bettinsoli Delux offered from American Manufacturer’s Group. More detailed pricing and availability information will be updated on their site as it’s released but expect models to fall within the 800-1200 range. 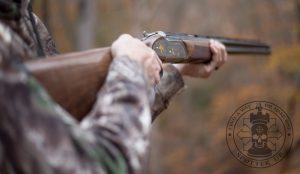 As I’ve been out shooting clays and birds with a 12g over-under Bettinsoli Delux shotgun for the last month, I’ve had many comments on the look, feel, and shooting performance. When I tell people it’s a Bettinsoli, people commonly stand there scratching their heads trying to think if they’ve seen or heard of them before. Bettinsoli is actually a well-established name, just rare in the U.S., as few have been imported. I believe this is going to change through American Manufacturer’s Group and I’ll explain why. 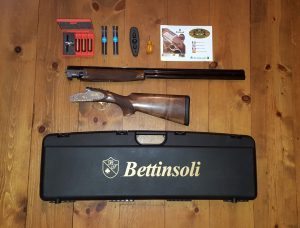 This Bettinsoli Delux has the look and feel of a quality Italian shotgun and it comes for at least half the price. Out of the box I was amazed with the quality in craftsmanship, its balance, and the recognizable feel of a solid firearm. Standard within the Delux box are 5 different chokes, an alternate butt plate, and the tools needed to rapidly switch-out these items. 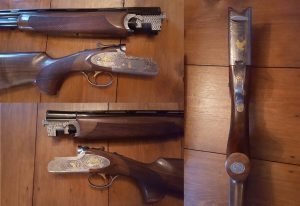 Each Bettinsoli model has unique engraving work done on the receivers which shows the attention to detail they’ve put into each series. When you first assemble the shotgun out of the box you’ll quickly notice how tight their tolerances are and being a new firearm you’ll need to take your time when assembling or breaking-down. There are sharp metal contact points all-around the receiver so rushing it together could likely scratch-up some of the design work. Just give it a little grease and take it slow. I’m not thinking about selling this shotgun but it’s always good to stay away from as many scratches as possible for potential resale. 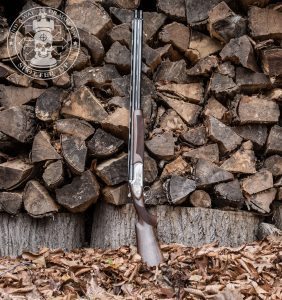 Specifications: The Bettinsoli Delux is chambered for 3” and 2 ½” 12 gauge shot shells. I was glad to see it comes with 30” of barrel as it’s my preferred length for sporting. The Delux includes a single stage selective trigger with a pull between 7-8 lbs. Length of the stock can be 14-15” depending on which butt plate you desire to use. Lastly, the stock and fore end tightly fit against the receiver and have been stained in what appears to be a dark walnut. 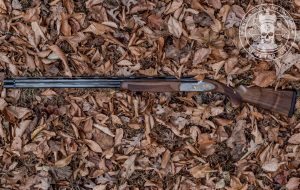 For accuracy, I have compared this against my Benelli Performance Shop Super Sport. After becoming familiar with shooting the Delux I was able to keep on par with the Supersport running through a 100 clay sporting course so I have no concerns on that front. The Delux obviously doesn’t compare to the reduced felt recoil of an inertial system but I would say it fares well on recoil against a Beretta 686 over-under. When running a full day of clays I’ve learned to appreciate inertial stocks but for shorter events or bird hunting I’ll be taking the Delux as my primary.  Additionally, the Delux’s safety, selector, and top lever all function properly as they should! 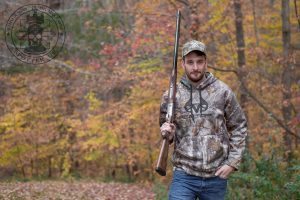 Prior to accepting the Bettinsoli for review I did some research across UK shotgun forums and I’d encourage you to as well if you’re considering one. They’ve had access to these firearms for quite some time and that’s where the historical users have been hanging-out. After some good time reading I was happy to see it’s considered as an overall best value in the UK as well. Any complaints I’ve found about the Bettinsoli’s are usually when comparing it to a firearm with a MUCH higher price tag so I’m not worried about it and will consider this Delux as one of my better purchases.

Disclosure of Material Connection: I received the Bettinsoli Delux via Spotter Up for review with option to purchase, which I will be doing!