At the present time ammunition is more plentiful and affordable than it has been under previous administrations, but many of us remember days when ammo prices were high and availability was low, affected by politics and driven by panic-buying after every tragedy involving a nutjob with a firearm.  If days like those were to return, or if some more drastic societal change had a major impact on the availability of ammunition, having a good rifle for hunting and defense, that could eat almost any ammunition, would be a desirable thing.  The .30-06 Springfield is just such a versatile caliber.  It has been in production for more than a century, meaning ammunition and components are plentiful.  It is a parent cartridge to rounds such as the .270 Win and .35 Whelen, meaning in a pinch, these cartridges could be expanded or necked down to make ’06 ammo.  It is accurate, capable of shooting a wide range of bullet weights and powders, and powerful enough to take down anything on this continent.

In the spring of 2017, I moved to New Mexico – right into the heart of elk country.

I don’t actually do much hunting, but everyone else around here does and the most popular caliber used is .30-06.   When I say it’s popular, I mean you can find ammo or components for it everywhere.   There probably isn’t a garage or basement for miles that doesn’t have at least a partial box of ’06 stashed in it someplace.  Why is this relevant?    Because, I had this old Savage long action just sitting in the back of the safe begging me to do something with it. 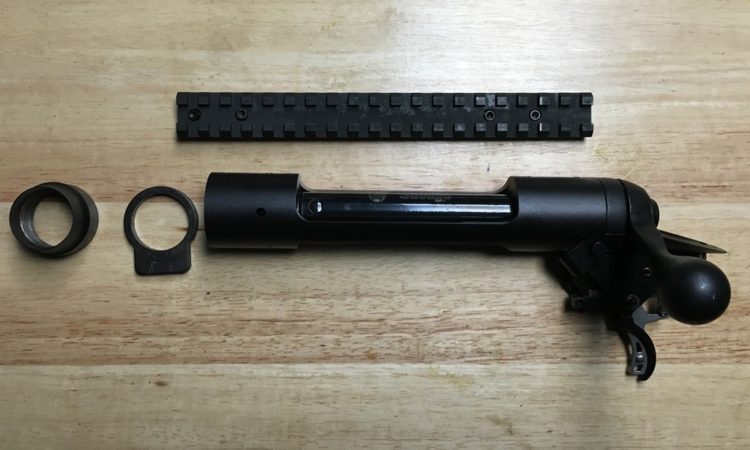 If you tinker with firearms long enough, you will accumulate spare guns and spare parts.  A few years ago I purchased a Savage 300 win mag specifically for a long range class I was taking.  During that class I experienced some feeding issues which eventually resulted in the Savage winding up in separate pieces, most of which found their way to the dusty recesses of my safe for a few years.  I also had a Savage .308 Winchester barrel that was a little shot out in my spare parts box and the idea hit me to ream a new chamber in it to use for this little project.  Cutting a new chamber means cutting a new throat into fresh rifling which results in practically a new barrel.  There was only one little problem: you can’t ream a .308 to a .30-06 without setting back the barrel, the .308 shoulder is wider than the walls of the .30-06 case.  Enter the work of Parker O. Ackley:

Some folks like to dis the Ackley, and can’t help pointing out that there’s not much ballistic benefit to “improving” .30 caliber cartridges (50-100 fps gain over conventional .30-06), but I don’t really care about their opinions.  Ackley Improved chambers can fire standard SAAMI or NATO spec cartridges as well as Ackley Improved ones.   In fact, fire-forming standard rounds by firing them in an Ackley Improved chamber is one method of making Ackley Improved, or AI brass.  Almost everyone on the interwebz also says it’s impossible to chamber a barrel by hand without a lathe.  Fair enough, I don’t care about their opinions either.  I know my capabilities with hand tools and I made up my mind to try it anyway.  I figured if I screwed up, I would be out one old shot-out barrel and the price of a finish reamer and a few tools.   At worse, if things didn’t work out, I could just buy a new barrel in some other long-action caliber and start over.  I really only needed to ream about ½-inch of material and the piloted finish reamer theoretically has to follow the bore and stay straight.

The beauty of the Savage design is that it can be re-barreled by almost anyone with a few specialized tools and basic armorer skills. The Savage .300 Win Mag bolt head, I replaced with a .30-06 caliber bolt head from Pacific Tool and Gauge.  I also replaced the Savage bolt handle with an extended “tactical” style handle from PTG.

In the meantime, XLR industries was having a sale on left-handed stocks (did I mention this was a southpaw build?), and chassis stocks take standard pattern Accuracy International magazines which improves reliable feeding immensely, not to mention accuracy and ergonomics.

Once assembled, I borrowed an optic from one of my other rifles just for experimental purposes.  I really like the Minox ZP8’s, they are very well thought-out, first-focal-plane, 1-8X optics with great glass and features, but to be honest – it isn’t the right scope for this rifle.  The magnification ring lever (which is a great feature) interrupts the motion of the bolt handle at anything past 5X.   It was good enough for testing though.

The first test of this rifle was at a dry arroyo on BLM land.  The first-round fed and fired without catastrophic failure (a good sign!), and fireformed perfectly.  After basic sight in, I fired a 5-round group with handloads (168gr Sierras) at 100 yards, expecting fairly loose accuracy given the hand-reamed chamber and conventional ’06 ammo had not yet fire-formed.

The brass fireformed perfectly, but now I needed to see if the steep 40-degree Ackley shoulder would feed properly from the magazine.  One of the supposed flaws of Ackley-ized cartridges is feeding failures due to less cartridge taper.   Time to do more load and range testing.

In order to really test the ability of this rifle to deal with whatever powder and bullets one could scrounge, I put some loads together with everything from fast powders like H4895, suitable for .223 and .308’s up to 4831 and 7828, which are slow powders more suitable for magnums.  While not typically suitable for conventional .30-06 loads,  the additional case capacity of the Ackley pushes it a wee bit closer to magnum performance.  The case neck length is just over 1 1/3 caliber, which despite it’s typically accurate performance, is a theoretical weakness for short-necked cartridges like the .300 win mag.   Theoretically, in a worst-case/grid down scenario, if I was able to find practically any other .30 caliber centerfire ammunition, I could use the components to improvise ammo, as long as I also had some ’06 or ’06AI brass.

The accuracy and standard deviations using oddball powder/bullet combinations were not as good as my original fire-forming loads, and using only 4X magnification didn’t help, but all groups were 2MOA or less, which is adequate for an ethical hunting shot at reasonable ranges.  With a better optic, more precise loading procedures, and more patience than I was willing to devote to my marksmanship on this particular range day, I am confident accuracy will improve.    Velocities were also very acceptable, in fact, IMR7828 was pushing the 208gr AMAX bullets over 2600fps,  which would keep them supersonic in excess of a mile up at this altitude.  This is a fun rifle to shoot,  it packs a punch, but doesn’t beat up the shooter like a magnum, despite getting close to 90% the performance of a .300 Win Mag.  It isn’t the most accurate rifle in my collection, but I had no problems consistently ringing the 200 and 300 yard steel with each load I tested.

The moral of the story is it doesn’t matter what people on the internet tell you will or won’t work… you have to know what your own capabilities are and take little leaps of faith sometimes.  That said, this isn’t a project for everyone.  Without careful work and measurement, a project like this could easily turn into a catastrophic failure resulting in severe or fatal injury to the shooter and/or bystanders. If you aren’t a very proficient handloader and experienced rifle-builder, fully knowledgeable of the techniques necessary to barrel actions and verify proper headspace,  this is work better left to a trained gunsmith. 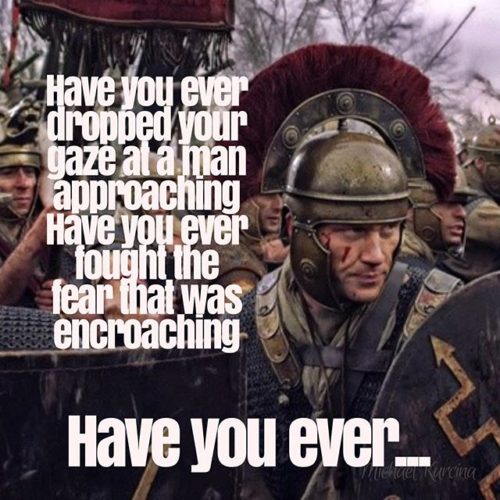 1 thought on “The ’06 Ackley, an Ammo Drought-Resistant Rifle”