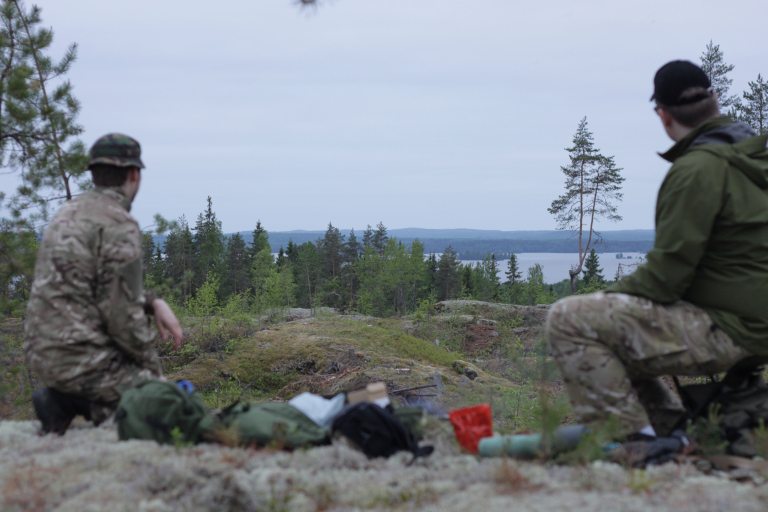 Weather was a bit overcast, yet nicely warm. Summer has arrived in our northern country and all the trees and bushes are in bloom and dressed in vivid greens. This meant that we had a hard time pushing through the thickets to our destination, a higher rise in the landscape quite near the cabin, called the Wolf’s Nest Mountain (though it’s only a hilltop).

We could have used the roads, but Mr. Manchester, who is a fast believer in hard work and brisk countryside walks, chose the unbeaten path for us. And of course we were up for the adventure! 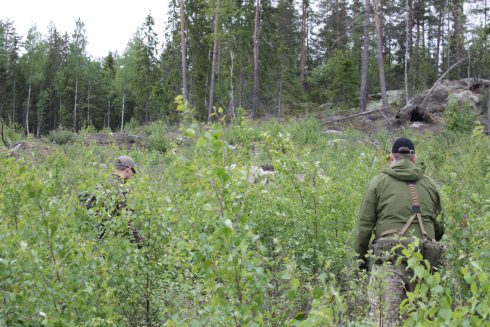 Mr. Manchester and Noble heading up to the woods.

Anyways, we reached our destination and chose a large boulder on which we made our temporary camp. This summer’s first freshly spawned bloodthirsty mosquitoes were everywhere, so we tried to get to a place where the wind would keep the little bastards at bay.

We had stacked a couple of camping meals, so we propped up the field cooking set and laid back, adding a new layer of insect repellent in even intervals. We also had a nice small bottle of whiskey with us, Japanese Akashi, courtesy of Blue, that really added that touch of elegance to our outing. Always hike in style, that is our motto. Well, one of them anyway. 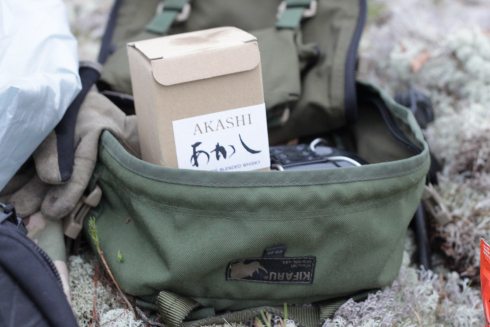 We thought to make a few notes on some smaller items we had on this weekend journey, that are maybe not so substantial items to get their own “long review” posted, or are in the trial face for one.

These Norwegian made add-boiling-water and eat-out-of-the-bag type of field meals are excellent! The taste and substance of the meals are very high quality, with good range of different dishes available. This time we had a Pasta Provence and Chicken Tikka Masala.

The pasta was exquisite and tasty with balanced seasoning, but the Tikka Masala was a bit of a disappointment, the chicken being rubbery and the seasoning wasn’t really that tasty. Though, that only comes down to one’s tastebuds. Even so, we recommend these meals heartily to everyone. Tasty and good energy in a package, that saves you doing the dishes in the wild (although you might want to carry a spare garbage bag to save your other gear from getting soiled by the empty dirty packages). 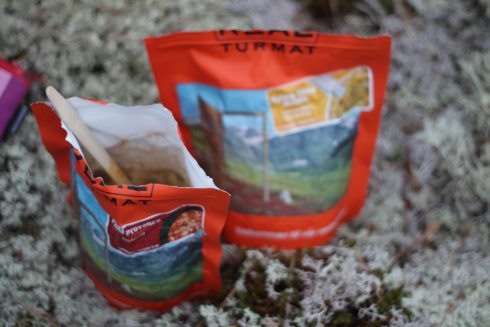 Easy to eat out of the package. No hassle, no mess.

This little giant is just brilliant. I bought it for this trip by the recommendation of my wife. The open top without any kind of mouthpiece is very handy for camping situations, for example for adding water to the kettle and so on. This bottle became an instant EDC item for me and I probably will write some more on this in the future. A well-known, well-loved brand and no wonder, an excellent piece of everyday kit. 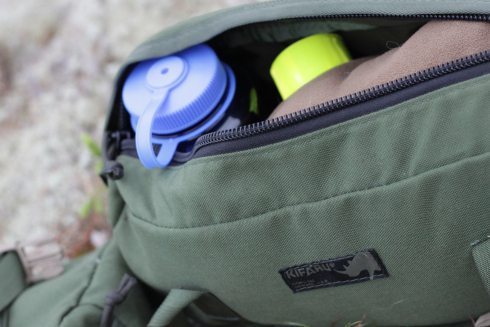 This is a british army possibly issued (or quite similar to one anyway) cooking set, that came with a multicam patterned carry pouch of it’s own. The set includes a osprey field water bottle, a 0,5l plastic nesting cup for the bottle, a 0,5l aluminum cooking cup, a hard plastic cover for the cups and an aluminum stove.

The bits fit nicely together and are easy to carry in the designated pouch. Though the molle compatible part of the pouch is rubbish, it is light enough and I still use it to store the set away inside my backpack. The set is not too heavy, but it is quite bulky and so quite awkward to carry, for example, in my Kifaru E&E. The 0,5l cup is just right for a single user, but not enough for more people, so we had to heat the water in several patches for all three.

Otherwise I like it very much, much more than the usual field cooking set that everyone seems to carry around in Finland, the Trangia. Mr.Manchester, the man of rugged and simple life, wanted to try if the Crusader worked well with twigs. And it did!

Though now I have to scrub the blackened bottom of the cooking cup to get it clean again, all thanks to Mr. Manchester. 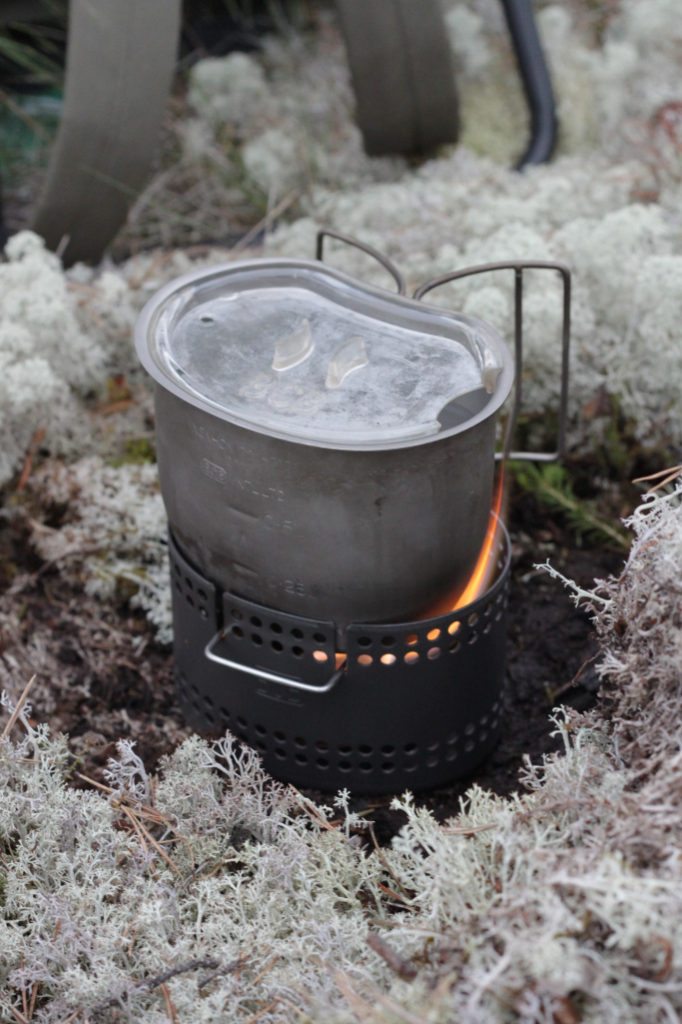 There’s a few thoughts on smaller things. There was a few more items we could have said a word or two too, but we will have to save something for the future too!

As soon as we got our grub in and all our gear back together, we headed to the cabin. It was getting dark and late, so Mr.Manchester allowed us to walk on the roads, for safety’s sake. At the cabin we further rewarded ourselves with a few cold beers and rolled out the sleeping bags

A fine, nicely challenging short hike with good friends, ending in with a nice Brewdog IPA is a man’s dream weekend. Cheers!