The concept of having a rifle in our vehicle “Just in case” has caught on as a trend by alot of the gun community. I feel that it is born out of the idea that a good guy with a gun is what will stop a bad guy with a gun. The failure that I see in this instance is the perception that everyone will see you as a hero and that you should step in and Rambo yourself through to take down the threat wherever it may be.

If you have been paying attention to the active shooter cases, you will have realized how different the reports are of the witnesses, and try to imagine how the reports are going to dictate the perception of Law Enforcement when they arrive on the scene.

If there is even one report that vaguely indicates you are one of the active shooters, you may be an instant target for Law Enforcement and without a chance to drop your weapon. A man with a rifle, arriving on the scene in a plate carrier, or just a rifle will be seen as the active shooter.

The public perception on non gun owners is that these common AR rifles are evil and only bad guys have them. How do you think they will report them to Law Enforcement? Better yet, if someone with a concealed pistol is in the immediate vicinity and decides to respond from cover and concealment, won’t you look like the bad guy?

Most people probably won’t even know if you are the good guy or not. It may just look like you are looking for more people to kill. Great confusion and the reality that charging into an active shooter situation with a rifle is a bad combination for so many reasons.

Basically what I am saying is that you are not being prepared when you carry a rifle in your vehicle. It is a fantasy that, if acted on, will put you in grave danger and further complicate the situation for the real first responders.

If you are in the immediate vicinity, response with your pistol and reporting the situation to Law Enforcement is the smartest and most important priorities. And for gods sake do not run from the scene. Stay put and stay on the phone, hopefully with one of the officers on scene. Just remember that if you are not in the immediate vicinity, or in the building that the active shooting is taking place, you’re legally not wise to grab a rifle and charge in, not to mention the safety considerations to yourself. 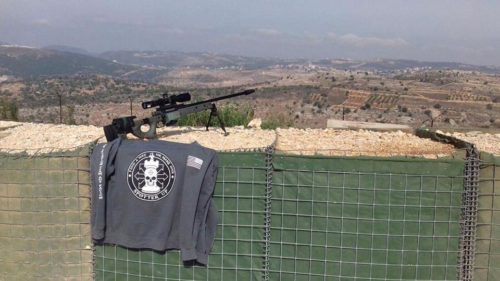