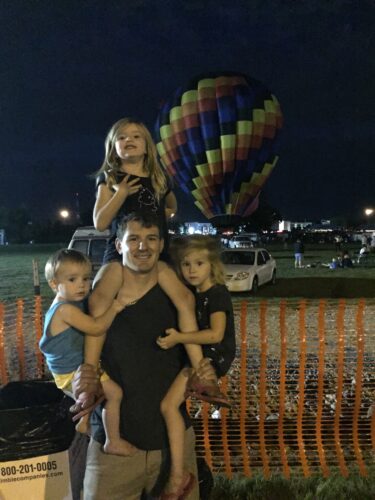 “Hi, my name is Jordan and I am about one IED short of being fully retarded.”

Anyone who met me or knows me will attest to the fact that when you meet me or we have known each other for a period of time, at some point you will hear that line. It is my go-to introduction, whether when I was instructing, personal introductions and overall line used when I feel I have done something or said something that is out of ordinary.

The purpose at first is to make light of and break the ice with humor. Although it does elicit a laugh and is generally taken with a grain of salt, the seriousness and implications I mean behind it are beyond explanation. Until recently, I had refused, denied, and lived with my TBI without any treatment. My own personal denial for fear of being labeled as “broken” or “another vet messed up from the war,” along with my desire to not be associated with all the veterans that use PTSD and TBI as an excuse for sympathy and shitty behavior. To not be seen as any different or people fear to be themselves around me cause I am some “ticking time bomb” or all the stereotypes that are pushed through media, movies, and misinformation.

The truth is, I spent 7-8 months out of every year since I was 18 overseas. At first, it was combat deployments to Iraq, Afghanistan, and MEU’s (Marine Expeditionary Units) as a Marine Corps Scout Sniper. The rest was as a private contractor for various government agencies, finishing as an operator with a CSOT (Contingency Special Operation Team). With each deployment, training, and all the things that happen during, my brain injuries were only compounded and continuously re-injured.  Besides the stigmas above, another reason for not seeking treatment was due to rules that had been implemented such as the 3 strike rule. Where if you had a concussion or were unconscious for any amount of time, 3 times, you would be done being able to leave the wire or operate in the capacity that would prevent you from exposure to explosions and possible further brain damage.

There was no way I was going to leave my brothers to patrol and deploy, get in firefights or sustain casualties, without me being by their side. So “I’m good to go,” was the standard response after every explosion, blast, or an incident where I got my bell rung. In hindsight, I would do it all again the same way. However, when I first started having problems or began to battle with things, I should have taken measures to learn, understand, and mitigate the issues instead of trying to deal with them on my own. 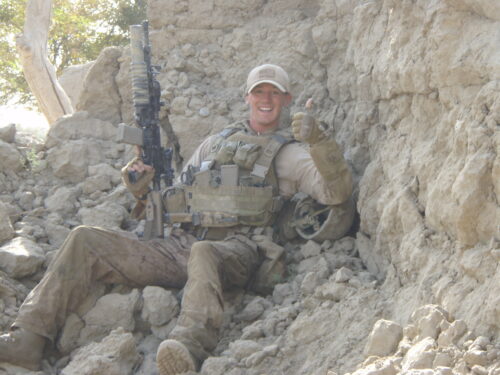 Mild Traumatic Brain Injuries (MTBI), are nothing short of extremely serious. They affect not only the individual but everyone around them in every way possible. This is a list of symptoms and characteristics of MTBI in an individual.

I finally decided to begin treatment for my TBI after an incident and series of events, that left me in a state of brokenness, confusion, dismay and had turned my life upside down. Since receiving therapy and learning about all the things above, I have not only had moments of clarity and epiphanies, but also moments of shame, guilt, and sadness. Feeling I should have known better, I should have recognized this, I should have been better, stronger, or that if I only would have known, I could have saved myself so much pain and hurt, and saved relationships that meant the world to me.

The following parts of the series will be covering how all those things listed above affected my life, relationships, and me as an individual. How I dealt with the consequences and results from my actions and choices, all while struggling with confusion and not understanding why I was. How I have been fighting a losing battle because I didn’t know what the battle was, why I couldn’t control it, why I couldn’t figure it out or fix it, why was I despite everything I tried to do, not getting better.

I have made great strides over the past year, but it has not been without its trials. I have ruined relationships, jobs, friendships, and paid for it financially, emotionally, spiritually, and mentally. These are the mistakes I hope to prevent others from making, and give hope to those living with someone with a TBI. To hopefully shed insight into the issues and find commonalities to help out relationships, marriages, family, and friends, to deal with and create a plan to move forward and build stronger connections. That there could be healing, positivity, and growth in everyone’s life. No longer suffer in a fog of confusion and misunderstanding, breakups and divorce.