Spotter Up will assume “no” responsibility for any use or misuse of information from this article. This article alone will not make the reader an expert in tactics or in firearms nor can it be used as a substitute for PROFESSIONAL TACTICAL TRAINING or WEAPONS TRAINING. Spotter Up advises you to visit our site for training courses with a certified instructor On ALL weapon platforms. 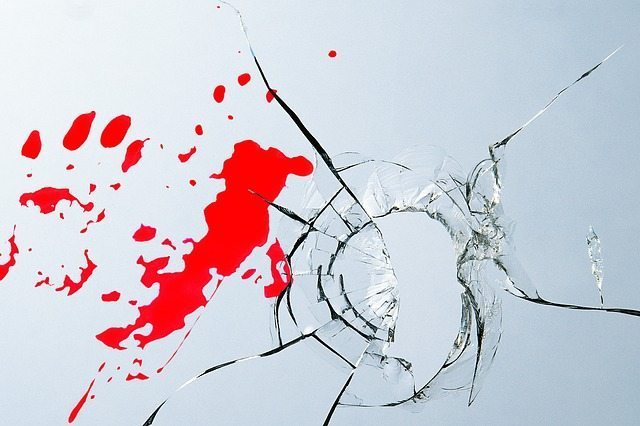 In almost every major city and in many urban and suburban communities, violent crime has risen dramatically. The homeowner and or private resident is almost always the first target of choice. Why? They are viewed as weak and exploitable. A growing percentage of homeowners and private residents     have made the decision to arm themselves.

There is almost always a number of missing parts to the puzzle. Since 1961, the Mossberg 500 12 gauge pump shotgun and the Remington 870 have been sold to well over 10,000,000 individuals. It has become the favorite first choice of those whom have made the decision to arm themselves against the possibility of being burglarized.

The decision to purchase a firearm for home defense must begin with a family meeting and preferably with either a Certified NRA Instructor present or another individual whom the family considers to be knowledgeable in firearms. Before the choice of what firearm is to be purchased comes into play, the family needs to realize that if they should choose to purchase a firearm for home defense, there is a likelihood that they may have to use it against an armed intruder and in so doing either severely injure or even kill them. They need to be shown exactly what it is going to look like both verbally and graphically. They need to be made aware of the high stress factors involved and how they will manifest themselves. They also need to be made aware of the fact that when law enforcement arrives, there is a very good chance they themselves will be arrested. Additionally, there will be criminal court, costly legal counsel and an almost 100% certainty that civil action will be brought against them regardless of the outcome of the criminal trial. None of this is done to discourage the future gun owner. It is done to bring the harsh reality of the situation out in the open so that those whom are considering the purchase of a firearm for home defense can make the decision with all of the facts in front of them.

For the purpose of this article, the family above has weighed all of what was presented to them and has decided to purchase a 12 gauge pump shotgun as their home defense weapon.

There are a number of practices undertaken by the new gun owner which are counter productive to the safe and effective use of the 12 gauge pump shotgun. First and foremost is the belief that just by placing the weapon by their bedside will give them the feeling of protection they were striving towards.

Nothing could be farther from the truth.

The new gun owner who falls victim to the above belief will almost never fire a single round of ammunition and more than likely will not even understand how the weapon operates and what the safety features are. What this means is that when or if an armed intruder invades their home, the immediate realization that the weapon is a completely foreign object in their hands becomes evident at exactly the wrong time. Those whom are killed or severely injured by their own firearms fall into this category. Often because the intruder(s) have taken the firearm away from the resident or homeowner and used it on them.

Associated directly with the above is the fact very few actually practice with their new shotgun. They have no idea of the amount of recoil involved nor do they know what the results will be when firing slugs, 00 Buckshot or Bird shot within their residence at varied distances. So, regardless of whether their new shotgun is a Mossberg, Remington or Benelli, a total lack of familiarization results in unsafe and ineffective weapons handling.

How can all of this be turned around?

To begin, let us define the term ‘tactical shotgun’ as it applies to this article. It is a shotgun designed and setup for a purpose. How you set yours up may be different. Back in the late 1800s, Wells Fargo began running stagecoaches between Tipton, Missouri to San Francisco, California. They typically carried payroll, gold and other valuables. This made them a target for highway men and bandits whose tactics involved a rapid approach from the rear of the stagecoach on both sides. To counter these tactics, stagecoach drivers and co-drivers began carrying short barreled 10 gauge double barrel shotguns. Easily maneuverable from the driver’s seat and from inside the stagecoach.

How is this relevant to the use of the tactical shotgun in the home?

The stagecoach drivers and riders next to them immediately identified the threat against them and developed their own tactics to neutralize that threat. Having done so, they knew that a short and easily maneuverable weapon would be necessary to fit into the tactics they had developed,

To translate this to the private resident and homeowner, by walking the layout of the home or other residence, special needs such as a light, sidesaddle or other modifications can be understood and met. Once your own tactics for dealing with an armed home invasion are recognized and understood, the necessary changes to the shotgun to meet the needs of these tactics can be undertaken. Thus, you have accomplished the same thing as the stagecoach drivers did.

In addition to learning and understanding the safety and operational features of your shotgun, practice is a must. Focused practice. Learn the longest distance in your home where it may be possible for you to take a shot if necessary. This might be a long hallway, staircase or across the living room. Measure the distances of any conceivable shots you may have to take. Write these distances down and where they occur within your home. Purchase some slugs, 00 Buckshot and yes, birdshot.

Locate a range or other safe location where you can set up targets. Using a standard B27 NRA police silhouette target, begin with five slugs. Before loading your shotgun, be sure you are wearing proper ear and eye protection. After loading all five in your shotgun, aim and fire all five into the mid center chest region of the target at the closest distance you recorded. Don’t concern yourself with speed. Right now, it is technique and follow-thru that counts. As you begin eliminating unnecessary movements in your technique it will become smoother and speed will come. The same is true with tactical loading techniques, target transitioning and other skills you will eventually learn. After firing the five rounds of slugs into your target, note the shot placement on the target. Tape the five holes made by the slugs. Now, fire one round of 00 Buckshot mid center chest. Most brands of 00 Buckshot contain nine .33 caliber lead or in some cases steel pellets. All nine of those pellets should be in the mid center chest region of the target. Make a note of the position of each hole in your target. 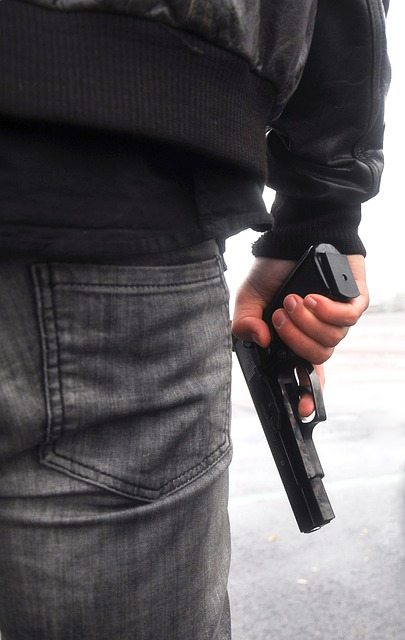 Continue the same procedure at all distances you have recorded. The purpose for using five slugs against one round of 00 Buckshot is to begin centralizing your shot placement through correct sight alignment and target acquisition. By doing so, you will do the same with 00 Buckshot loads thus keeping all pellets in the mid center chest region. Note also the spread of the 00 Buckshot loads at different distances. It is very possible to miss with a shotgun and even peripheral hits will penetrate through a soft body target and either kill or severely injure a family member or innocent bystander behind the target.

Birdshot has been at the center of debate for a long time concerning home defense. Many will tell you that it lacks the punch to stop an armed intruded. You will further be told the spread of the pellets is too wide to insure a solid hit. Prove it to yourself.

Begin at a distance of five feet from the target. With one round of birdshot, aim for mid center chest and fire. Look at the impact area. You will notice the shot pattern has not yet opened up. It is still a solid mass of pellets leaving a ragged hole a bit smaller than an adult’s fist. Medical examiners will tell you this leaves a devastating internal wound cavity thus incapacitating and literally destroying vital organs. This translates to solid stopping power without over penetration. Let us not leave it there, however. Move the target out at five foot increments and fire one round each time, noting the increase in shot spread. In most 18.5” tactical shotgun barrels with an improved cylinder choke, you will begin seeing the shot pattern increase significantly. You will want to stop once the shot pattern increases to 12” in diameter or roughly the same diameter of the average dinner plate. Note the distance at which this occurs.  A 12” diameter circle is recommended based on autopsy photos which indicate all major vital organs necessary to a one shot stop are located within that 12” circle when the round is correctly placed in the mid-center chest region.

Practice of this type at least 2-3 times a month or more in the beginning will not only improve your skill level but will also show you the effective ranges of the loads you choose for the home.