Which is more important, the house and the stuff in it or your “family/friends that live in it?

Take a minute to answer these questions and open your mind to the “What if’s”. A few years ago I came home from training and my family picked me up from the airport. It was a nice ride home, with plenty of laughter, questions of how training was, school stuff and a bunch of kisses and I love you’s. But I remembered when we first moved in this apartment and its location in particular. I asked the manager, have there been any recent break-ins at this complex?

The reason being is that it was in the back, on the corner and had very low light. It was in front of the swimming pool but hid from the street. Even though the apartment grounds were nice and in an upper middle class neighborhood, my spidey senses just wouldn’t let it go. But because of time restraints it was my best option. I asked the manager several times to fix the broken street light and she said that she would, but of course it wasn’t fixed. When we arrived home I just had that feeling, so I told my family to stay in the car a minute. And as sure as a bird eats worms, I saw the light shining through the crack of the door. My vindictive heart hoped and prayed that someone was still in there. So I unholstered my weapon and searched my house and found what I have never experienced before was a trashed, torn apart house.

After it was all over I thought, what if we were at home? What if this happened while the family was home while I was gone? So after moving to another apartment complex, I put together a plan; I started making my home a defensive home. I took my wife to the range to see which weapon platform this country gal would be comfortable shooting. Then I began customizing the doors and windows. I added an alarm and put wooden sticks to keep the windows from rising and put an additional lock on the doors. I figure if they’re going to break in while I’m here, they will earn what’s going to happen next. I also installed an alarm with sensors on the rear exterior gate and motion lights on the patio. 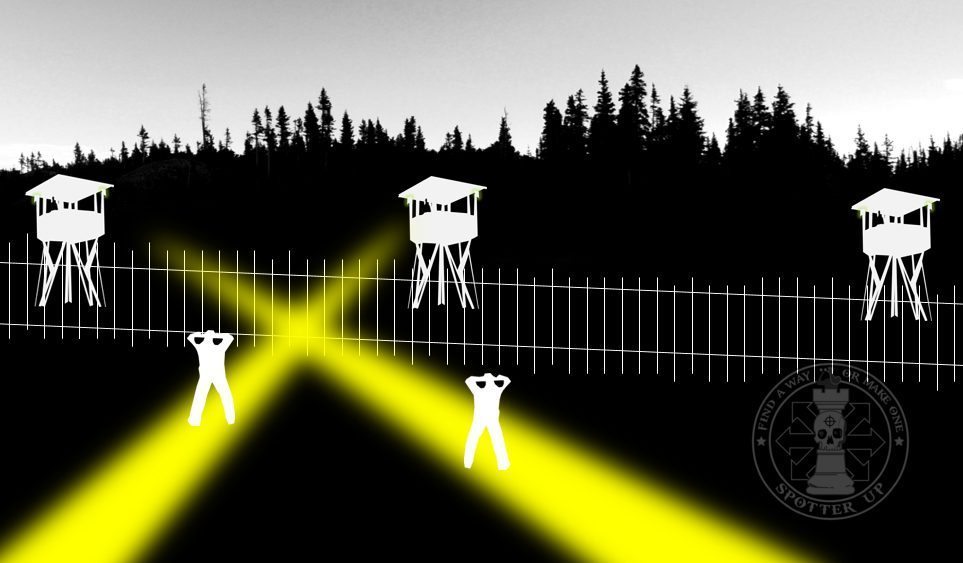 Before we leave the home the only light that’s on is the kitchen stove light and I half-cracked a curtain in each room, this was for two reasons. First, if they break in while I’m gone they have to turn on the lights to see or if they use flashlights they still can be seen from outside through the window. The cameras will catch them. Secondly, if we’re home and this happens I can use the darkness to my advantage and use the silhouette, of the soon to be victim of a home invasion, from the stove light to my advantage.

Train yourself at least twice a week walking throughout your house in the dark, going to the bathroom in the dark, walking from room to room in the dark and watch how your eyes will get accustomed to the point where you become offensive instead of defensive in your actions and thinking. Have your children participate in the plan, whether it’s getting under the bed, hiding in the closet or locking the door to their room. Ever seen the movie Enough, with Jennifer Lopez? (Me either!) Enough said. Unless you have a “Panic Room” use what you have to your advantage, create one.

Some will say, “what if I don’t carry or own a weapon and someone breaks in or even waits for me to come home then forces me into the house?” Well, a “weapon” is very broad in a sense. What is a weapon? A weapon “is any device used in order to inflict damage or harm to living beings”. With that being said, I put a little league bat in the closet, a 2 foot stick that looks like a cheap table leg behind the curtains and fake plants here and there, folding knives in the cushion of the couch, chairs and under the mattresses, and my firearms hidden throughout the house.

As I was doing this I was thinking of the “what if’s” and “What’s My Next Move”, when will I make that move and what will be the ending results. Of course the successful survival of me and family “will” be the outcome with no other available option. My goal is to make it to my firearms and bring this situation to a positive conclusion; meaning him a ride in the back of the police/ambulance and me telling the story. You can use anything you want as a weapon, just have a working knowledge of that system where it can’t be used against you. Train with that weapon system and perfect it so it can come as natural as a baby sucking a bottle. When stress hits us, we forget the simplest thing and the natural. Keep it simple and strike more than once or until the threat is no longer. Strike hard, Strike fast! Be patient, relax and once you go on the attack you have begun the cycle of your next move which never ends until the ordeal is resolved.

Don’t be an easy target, think like a thief, do what you must to protect the things your work hard for every day. You have the right to use your animal instincts to protect your family at all costs!