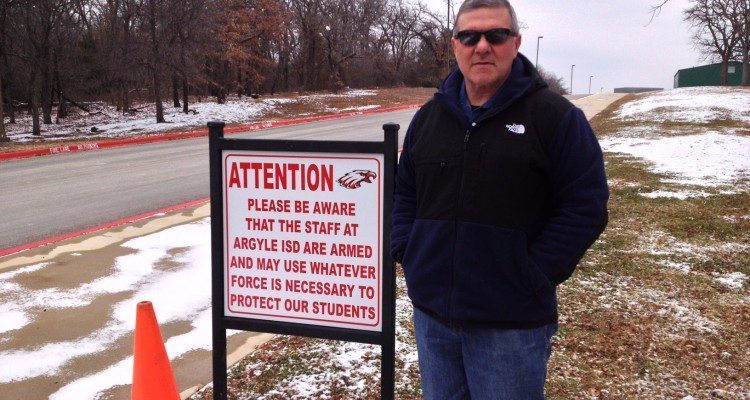 Our nation’s schools have encountered many horrific incidents such as Columbine, Virginia Tech, Sandy Hook and most recently the Umpqua Community College shooting.   Educators and concerned parents organizations are searching for ways to address tragic incidents like these.  Special Operations veteran and paradigm establishing firearms instructor Greg Coker has developed a school safety and security program that addresses those critical moments at the onset of a mass shooting situation to save our children’s lives.

Almost all Americans accept armed personnel protecting us e.g. airplanes, airports, banks, concerts, sporting events, malls, movies, etc.  Some Americans reject armed personnel in schools to protect our children.  That resistance stems from a lack of knowledge about how and who can employ firearms to protect our most priceless resource, our children.

Events such as those listed above; force our society to contemplate a proactive plan of action to respond to potential situations of this nature. Many security experts have provided narratives to offer solutions.  “Terror at Beslan”, by John Giduck, outlines the tragic school-based incident in Russia where 385 (mostly students) were murdered and offers lessons for American schools. Along with author, Dave Grossman’s work, these writings offer an avenue for educators to better understand why these deranged “shooters” do what they do and why it is critical that we prepare. 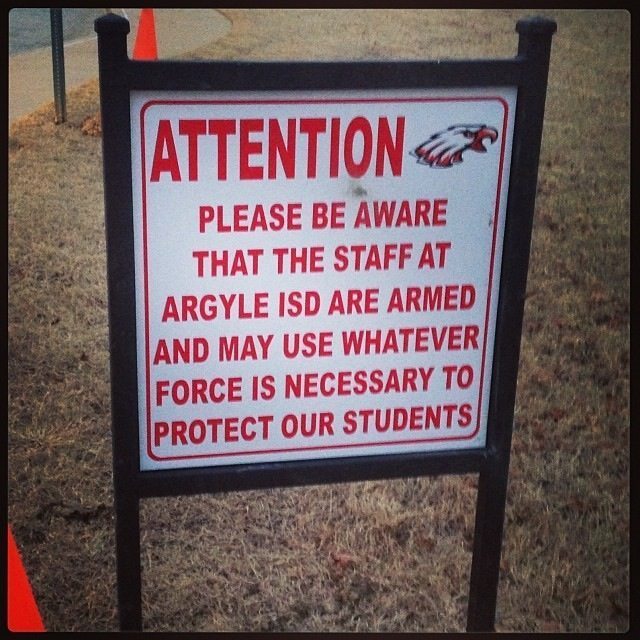 The “Not on My Watch” safety and security plan can be incorporated immediately into schools with very little cost and promises to be effective when implemented properly.  The program offers a common sense approach that is simple and has been proven many times over the years.  In essence, Concealed  Handgun License (CHL) holders reduce crime and can be infused into schools and universities throughout the U.S.  Greg Coker’s 2006 research, done while completing a Graduate program, cites numerous statistically rigorous studies that show increased concealed carry licenses reduced crime.  It is available upon request and I encourage you to read the paper, which supports the aforementioned hypothesis.

Greg Coker devoted the better part of his adult life to the world’s most premier security force, the United States Army.  Fifteen of those twenty years were served in an elite Special Operations unit where he served 11 combat tours in Afghanistan and Iraq in support of our national interests.  Greg carried that military experience into the civilian sector and served as the Emergency Response Coordinator for the U.S. division of a large oil and gas company.   He is certified in NIMS, ICS, Dynamics of International Terrorism and HAZWOPER and a nationally recognized firearms instructor both as a NRA Law Enforcement Firearms Instructor and a CHL Instructor. The recent school-related disasters have compelled him to combine his years of experience and unique set of skills to create a program geared to protect our future, and our children.  He is ideally suited and situated to emplace the program in our nation’s schools.

Incorporating Concealed Handgun License (CHL) holders in our schools can be an overwhelming consideration for educational leaders. However, with a thoughtful plan, this system will work effectively. Some experts have suggested hiring two to three former or retired military personnel to secure each campus.  Greg Coker and his company Shield 91 can help educators implement this program.  Shield 91 has a large network of highly trained medical professionals, veterans, law enforcement, retired  ”Not on My Watch” police officers and soldiers that have met stringent standards available to meet your needs. 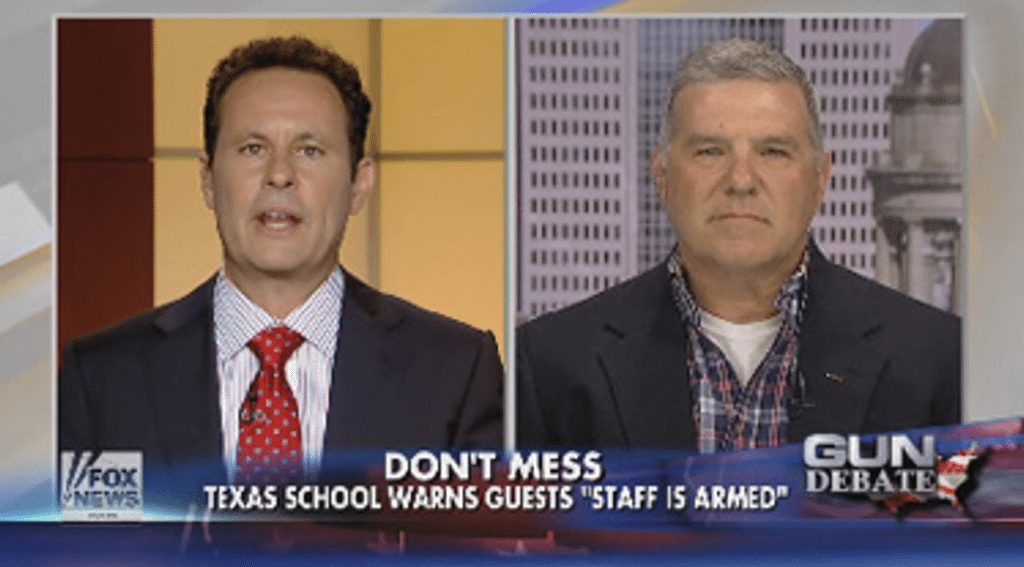 Some have suggested arming teachers.  This option requires thoughtful consideration and would necessitate careful and skilled selection.  Many school districts already have teachers and faculty that possess a CHL, shoot for fun, former military/police, or hunters. These individuals would be excellent candidates for the “Not on My Watch” program.

Many districts throughout the nation already have a School Resource Officer (SRO) program in place.  This program is definitely an asset and deterrent.  The “Not on My Watch” program is designed to support and enhance existing programs or can be implemented as a standalone program.

The hugely liberal Media Matters continues to push faulty thinking by telling Americans that there is no evidence that teachers carrying guns will prevent future school shooting incidents. In a September 2, 2014 Media Matters article, the writer is either very ignorant of good data or is manipulating those facts, in order to press an agenda for gun control. The writer notes, “during the 1999 mass shooting at Columbine High School, an armed security guard twice exchanged fire with the gunmen, only to be overwhelmed by superior firepower. The Virginia Tech massacre, which left 32 dead and 17 wounded in 2007, occurred even though the school had an accredited police force with an emergency response team that operated “like a SWAT team.”

The issue here is that a security guard was OVERWHELMED by SUPERIOR firepower and he was OUTNUMBERED.  In the case of the Virginia Tech shooting a panel faulted the VA Tech administration and the campus police chief for the slow response. It took administrators more than two hours to get out an e-mail warning students and staff to be cautious. They prematurely concluded at Virginia Tech that the first two shootings were the result of a domestic dispute. Note here that once it was determined what was happening at the campus, the university and Blacksburg police response to the campus shooting was well coordinated, and effective.

There is plenty of information on school massacres where children are injured by hammer, cleaver and knife stabbings. Today in the news it was reported that a sword wielding man killed a teacher and a student at a school in Sweden before police fatally shot him. Can we conclude that if the teacher was armed he might have had a chance to stop the killer before it was too late? Those who are disturbed and intent on killing students and teachers don’t follow the rules that the rest of society does. Gun control advocates seem to think that disarming everyone will induce everyone to behave.

A recent and very well written academic report called, “Would Banning Firearms Reduce Murder and Suicide? A Review of International and Some Domestic Evidence” in the Harvard Journal of Law & Public Policy by Don B. Kates and Gary Mauser points to studies all over the world over with great detail in its footnotes. The evidence doesn’t lie. What conclusion can we draw from their report?

Bottom line, we must secure our schools and ensure our children are safe from people that would do them harm.

Training, Coker said, would also include a half-day on “force on force” in which trainees will participate in threat scenarios in which “they must engage a threat effectively and immediately.” Airsoft guns — non-firearms that fire plastic pellets — will be used for the half-day exercises, he said.

Greg Coker and Shield 91 stands ready to provide the essential tools required to implement the “Not on My Watch” program.  Shield 91 can deliver specialized firearms training, security assessments, tactics, and emergency response operations for federal, state, and local organizations. Shield 91 offers mobile training teams of highly trained professionals that are ready to deploy to your location.  Greg Coker and Shield 91 are dedicated to the safety and security of our children, faculty, and law enforcement officers.  Addressing the deranged people that would attack those most unable to defend themselves is a step in that direction.

You can download the Would Banning Firearms Reduce Murder and Suicide? A Review of International and Some Domestic Evidence document here: Firearms

This article was Edited by Will Rodriguez

Does my current mobile receive an IP address