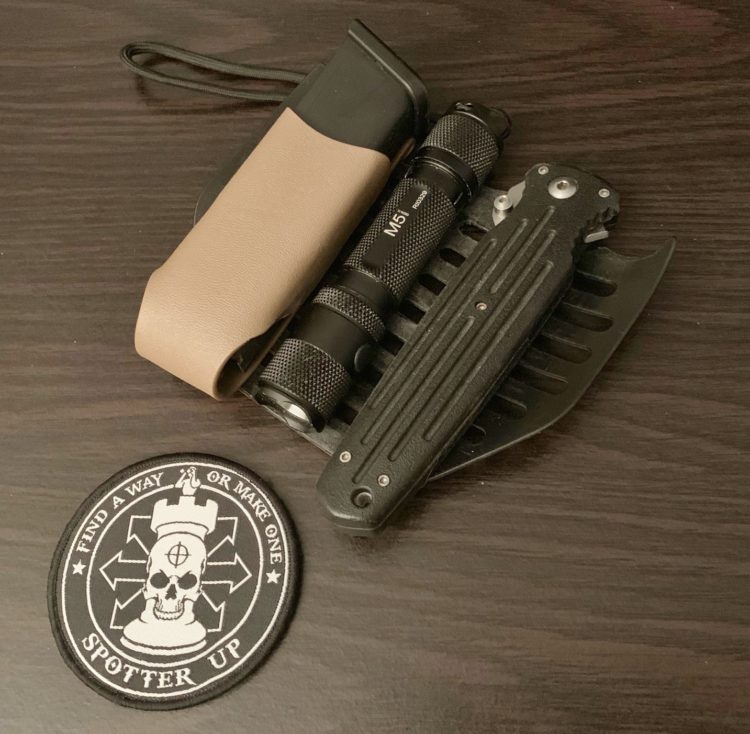 If you’ve been looking for an affordable, tough but high performing light that rare combination actually exists. Powertac recently released a light for the general consumer base and it’s a gem.  This is my experience with it.

Powertac’s M5 is a little shorter than five inches long and almost an inch in diameter, typical everyday carry (EDC) light dimensions.  The casing is aircraft grade aluminum with texturing to enhance grip and boasts a whopping 1300 lumens.

I’ve been carrying the M5 as my daily EDC light for the last two months as part of my EDC.  It has performed far beyond its $59.99 MSRP.  It puts out a beam that seems to pretty equally consist of a bright center with an equally sized (measured from edge of the hot spot to the fringes of illumination) glowing corona.  The throw is pretty impressive as I’ll discuss later.

Unlike many similarly priced lights the M5 has some features limited to its higher cost competitors.  Besides the whopping output it’s a lot tougher than your entry grade EDC light.  I don’t purposely try and break my lights, but I’ve dropped this light several times before I attached the included lanyard from waist high onto concrete with barely a scratch.  I’ve dropped it plenty since with the lanyard and even tossed it across a room to someone needing the light who muffed the catch.  Not an issue.  Add some test drops from six feet (with scratches) and I came across confident in the light’s toughness.  I also dropped it in my eight-foot-deep pool and while it’s rated to two meters the light showed no water impact. 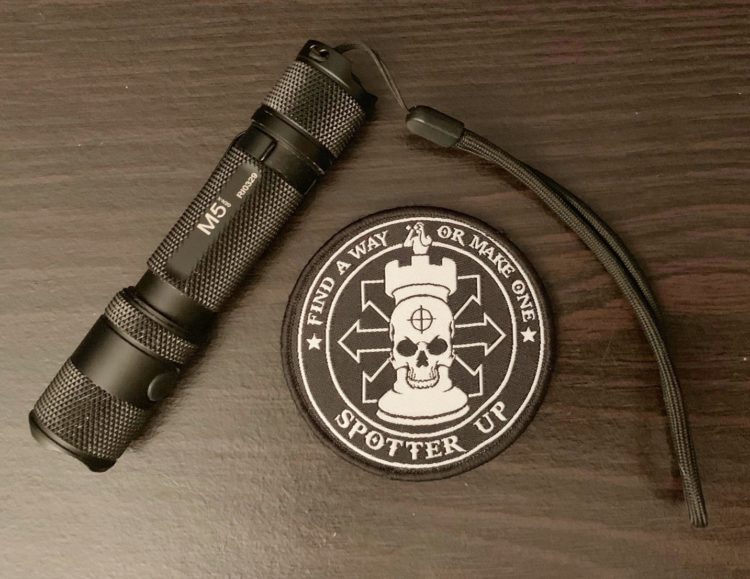 I mentioned the M5’s powerful 1300 lumens but it also has five intensity and a strobe feature that are easily cycled through with a handy rear mounted side button.  They range from a map check output of half a lumen to a high reading output of 480 lumens and the high 1300 lumens.  I have found some lights with side mounted mode selection buttons problematic with low visibility shooting because of accidentally toggling the mode button using various light holding techniques.  I didn’t experience that with the M5.  Primary on and off functions are enabled by a classic rear activation button.  All buttons are covered in rubber to maintain water integrity.

The major feature that excited me about the M5 that similarly priced lights do not have (aside from all important quality) is recharging.  I’ve become tired of having to stock a couple dozen CR123’s.  Then remembering and fishing them out for the invariable battery recharge.  The M5 features a USB recharge cable with a unique magnetically attached connection to the flashlight (again maintaining water integrity).  Personally, recharge capability is becoming an almost must have feature.  It’s just too easy to throw the flashlight on the charger when I empty my pockets. I also have the flexibility of charging my light in my truck while driving or even hooking up to my spare electronics recharge battery I carry in my kit or computer bag.  The only downside is having the cable or being sure to purchase some extra ones. 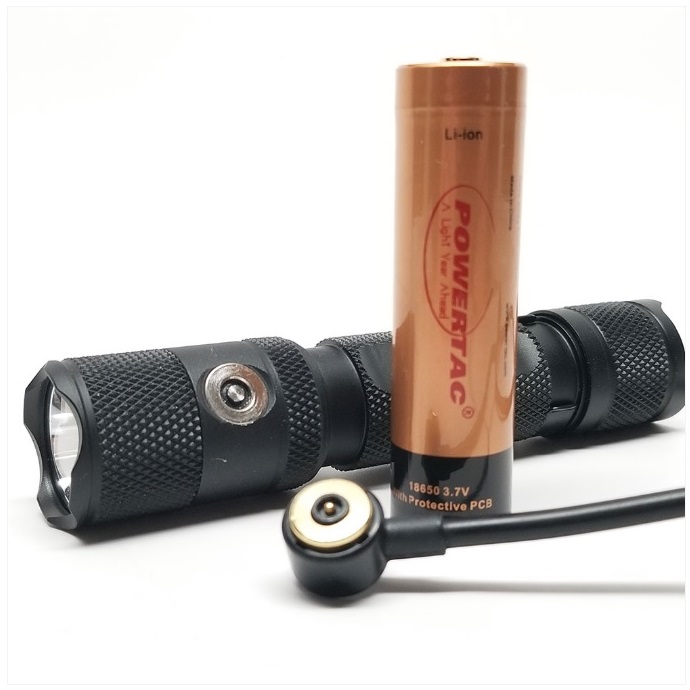 The process is simple.  Plug the USB in to a power supply.   Connect the magnetic end of the cable to the magnetic charge input on the flashlight.  Press the rear button and the side button lights up a dull red and goes to blue when fully charged.  Disconnect and use.  Simple. 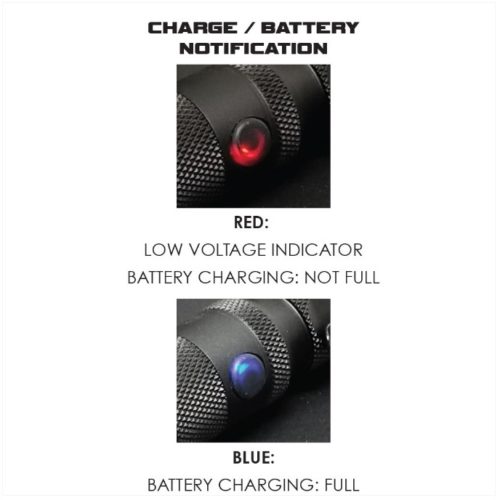 Where I really had the opportunity to stretch the M5 to its limits was a carbine and pistol limited visibility class put on by my friend Jon Dufresne and his company Kinetic Consulting.  I learned a lot in that class but the biggest lesson was my older generation Surefire Scout wasn’t putting out enough light for me to hit targets at 50-75 meters.  Jon suggested I try a modified Harries with my EDC light cradling my rifle on my left forearm.  The difference was staggering.  I was exhausted after the course of fire.  The M5 illuminated head/upper thoracic steel plates out to 75 meters easily.  Full disclosure, I haven’t tested the M5 as to how it would stand up to being right next to my AR’s blast especially after repeated rounds.  I look forward to putting other Powertac lights to that test in the future.

The M5 is an excellent choice for those not wanting to make a major investment yet carry a quality light for the EDC.  Its strike bezel and tough composition makes it as good a striking tool as the overwhelming number of quality tactical lights are.  The reversible clip allows you to test out a variety of ways to carry.  The 1300 lumens is going to dwarf anything at a comparable cost yet you own a light that will give you years of service. Even if you have a quality light that you love the M5 makes a great backup for when you forget your much-loved primary or want to outfit a go bag.  I’m not the only one that believes this.  More than half the time I visit Powertac’s site the M5 is sold out.  There’s a good number in stock right now likely in preparation for the rush that Shot Show 2019 will cause next week. 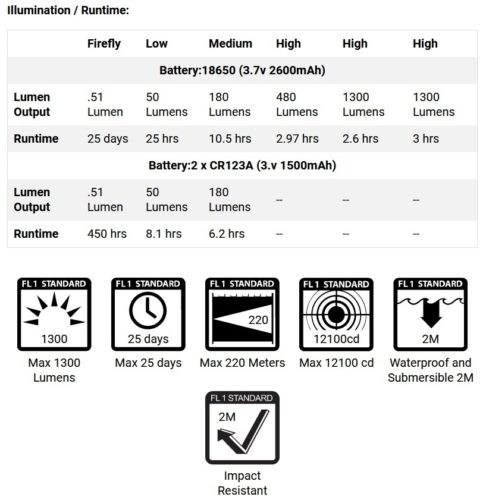