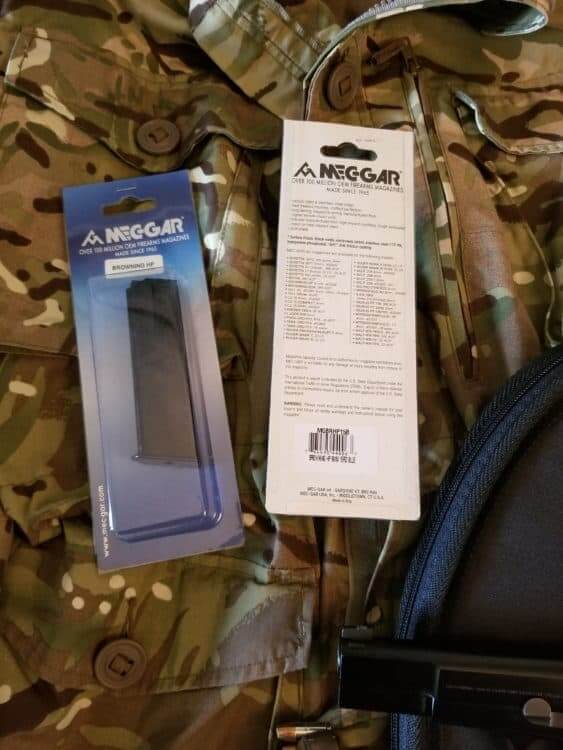 If you own a variety of modern handguns, chances are you own Mec-gar made magazines and you may not even realize it. Mec-gar is one of the leading manufacturers of handgun magazines in the world, and it owns a significant piece of the market share in Europe. U.S. and non-European handgun manufacturers rely on Mec-gar as well. Mec-gar has a reputation for quality and consistency. Considering that magazines are frequently regarded as the weakest link in any weapons system, it’s that much harder for a magazine company to earn and keep its place in a highly critical and vocal market.

John Browning’s best pistol design happens to be my preferred sidearm. As a result, I appreciated the chance to review Mec-gar’s 15 round flush fit Browning Hi-Power magazines in my EDC Novak customized Mk. III. 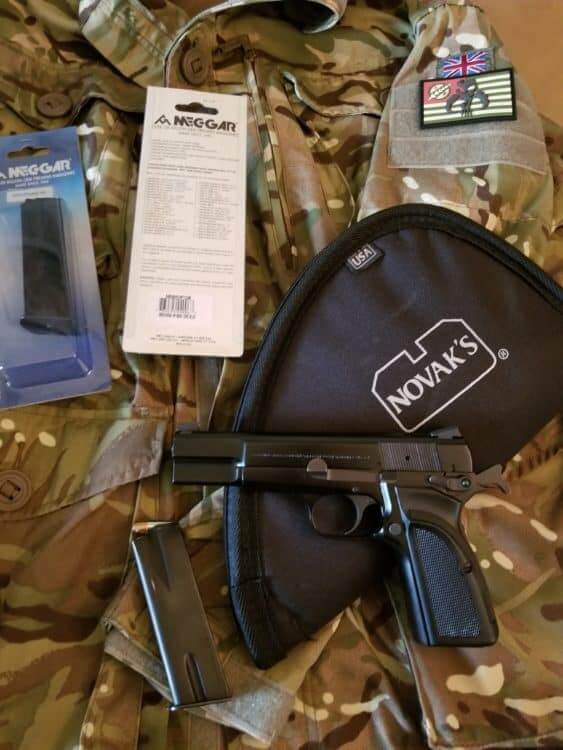 Loading, even without a mag loader, was smooth and easy. While the spring strength is obviously excellent, the interior finish is silky, facilitating easy loading. In general, the loading process without mechanical aid was easier than I am used to and less fatiguing. I loaded all five hundred rounds for this test by hand.

All of the rounds seated well, although I gave the magazines a customary tap when I finished loading. I did not experience any ‘premature ejections’ (rounds popping out before inserting the mag into the pistol).  The low friction finish clearly does not diminish the lips retaining the rounds under mild to moderate impact. 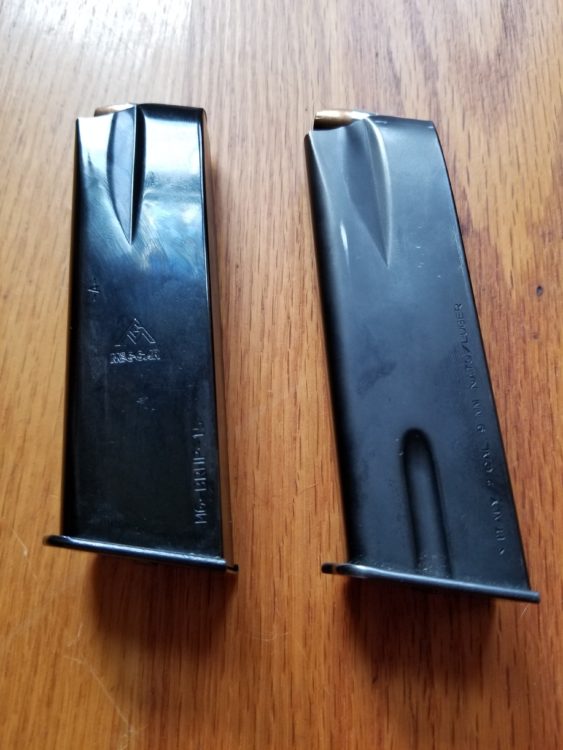 The ammunition was an eclectic mix of standard 9×19 Luger, some 9×19 NATO spec loads, and some self-defense loads from Hornady, and my EDC 135 gr. Federal Hydra-Shoks. Again, not loading difficulties or retention difficulties were experienced.

In a rapid solo range session (I apologize for the lack of action pics or video), I did not experience a single failure of any sort. The magazines and the pistol functioned perfectly. I tried mixed loadings, to the extent possible intentionally poor seating, and gave my best shot at ‘limp-wristing’ to provoke a malfunction, but I was not able to create one. I tried loading from empty with the slide forward, slide locked to the rear, and I tried to release the slide as gently as possible while still allowing the round to safely seat, and I was not able to create a malfunction with any of the chosen ammunition.

I did not expect anything less form the magazines I received. My past experiences and present experiences with Mec-gar magazines are universally positive. I have never had a failure in a handgun that I could attribute to a Mec-gar magazine in good repair and maintenance that I was using at the time, mostly in Sig Classic series pistols, generally of West German vintage. 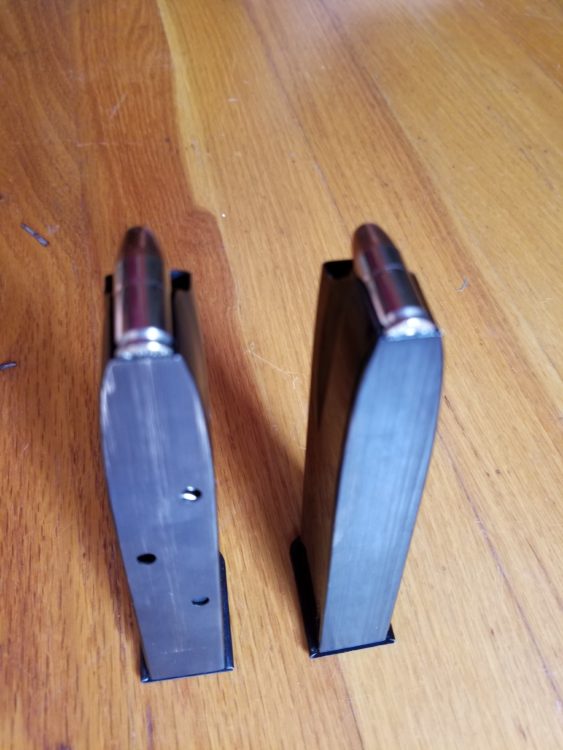 Speaking of other handguns, Mec-gar makes a variety of handgun magazines for Browning, Sig, Ruger, Walther, Taurus, CZ, Bersa, and Beretta pistols. Based upon previous experience and the evaluation of the current magazines, I can find no reason not to fully recommend Mec-gar magazines for any purpose.