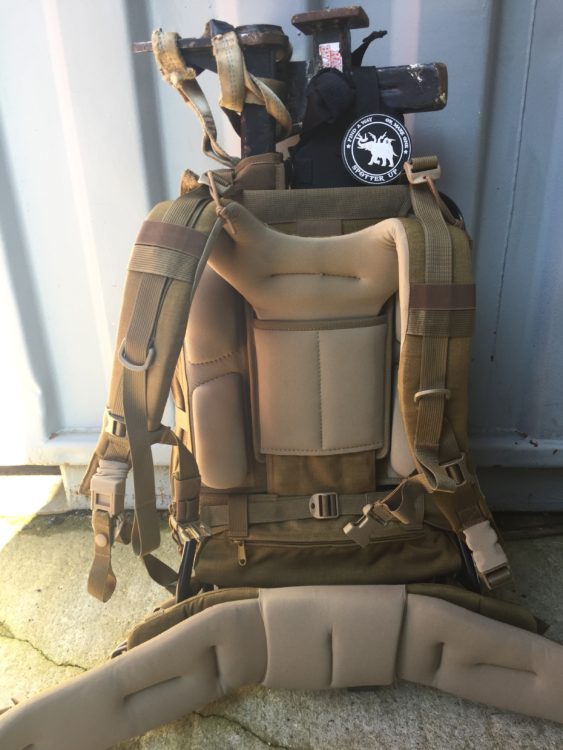 The Spotter Up team has always been international, but for this project we truly crossed the pond.  This is the first of many exciting projects with KROKO Tactical- a Croatian company who has earned and practiced the values Spotter Up team holds to heart.  The Research Innovate Develop Enhance philosophy is what produces outstanding quality, outside the box products.  But any tangible commodity would be nothing without the backing of certain core values.  Loyalty, trust, respect and responsibility have proven to be practiced values during our interaction.

KROKO Tactical has quite a history.  Starting as a leather goods manufacturer, the company has endured and adopted through conflicts, wars and political dynamics of the region.  Today they outfit multiple European armies and police forces. We hope that our partnership will result in additional exposure on this continent, as well as some hands-on experiences.  The products are truly innovative and top-notch. 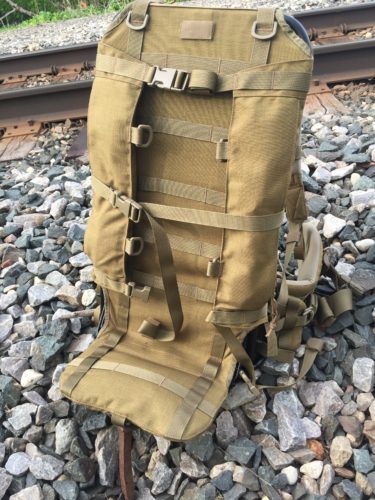 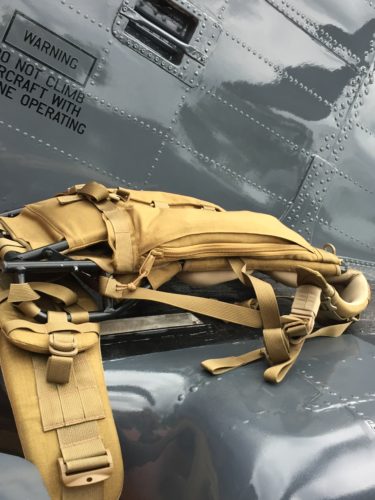 The M-1013 Load Carrier is an example of this innovation and focused quality.  If I sound a little smitten, I can assure you its only because I beat the crap out of the M-1013, and found it to be impressive.  What is a load carrier and why would one need it, you ask?  The concept has been used before by other manufacturers in hunting and tactical realms, but always in conjunction with other kit or multiple areas of use.  I have never seen a truly dedicated, versatile and quality load carrier, so in my opinion – the KROKO Tactical innovation is true to light here. The idea behind M-1013 is that it provides a platform which can carry a lot of weight, comfortable, and in virtually any scenario.  The applications are diverse.  From comms equipment which doesn’t fit into a ruck, to heavy rescue gear, to objects which simply are not conducive to anything else, to your hunt haul, the M-1013 is a super versatile platform.  But more so, it goes beyond the light and strong alluvium frame, which comfortably reminds me of ALICE on steroids.  Every detail has been placed to make this a functional and comfortable carrier. 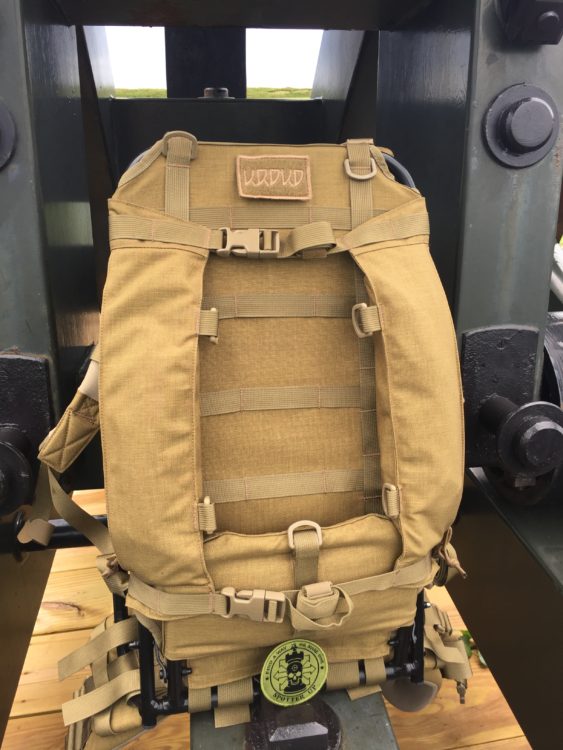 To begin with, the entire system is rated for approximately 120 pounds.  That’s not an easy weight to achieve with regular hauls, but weapon systems, ammunition and rescue gear can push that envelope.  The frame has a folding seat, which pivots on two points and locks down, is easily stowed away and strapped in place when not in use.  The sides of the frame open smoothly, and this gives the user an all-around security for the load.  At least that’s the simplified description. The frame sits inside a nylon, abrasion-resistant 1000D Cordura, which forms the basis for any customization with the load itself.  The nylon reminds me a rip-stop feel, and is actually an Invista yarn NIR woven fabric, made in the USA.  Each side of the frame, as well as the bottom seat space, has a pocket.  In fact, the seat has two pockets.  One for spare parts, and one for the rain cover.  Those pockets come stocked with essentials to secure just about any load, and any load I could throw at it.  Those essentials include extra cinch straps which can be configured any way necessary, a full (and I mean complete) buckle and strap repair kit, and a bottom pocket which houses the rain cover.  I have not found a single detail which was overlooked. 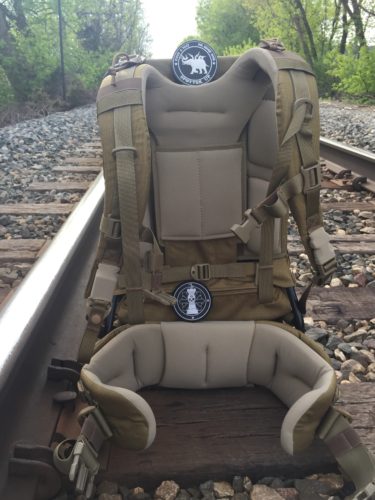 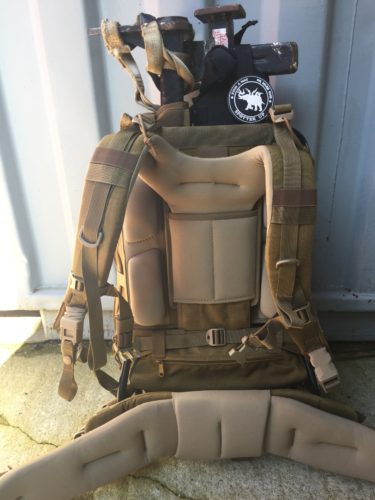 Every buckle is thoughtfully covered in a neoprene sleeve, which keeps them clean, and from any accidental strikes.  The shoulder straps also have secured quick release points, similar to an airborne ruck. The adjustment points have infinite stretch, and the load lifters function as true load lifters should.  Bringing the pack at maximum weight close and up to the user.  It is clear that KROKO Tactical designers saw that there is no margin for error with the potential cargo with the M-1013. The real beauty of the M-1013, is that it is adoptable to carry the load and anything else the mission requires.  For example so many times team mission equipment must be carried into the field with personal or individual gear.  A rescue team may have to carry heavy equipment and a pack, particularly when all on one or extended day mission.  Medics, machine gunners and combat controllers are often in a position to decide how two minimize their kit over bulkier mission essentials, or stack two packs.  The M-1013 completely alleviates this issue.  What’s just as important, any load is comfortable, thanks to the load carrier straps, waist pad, and the frame itself. 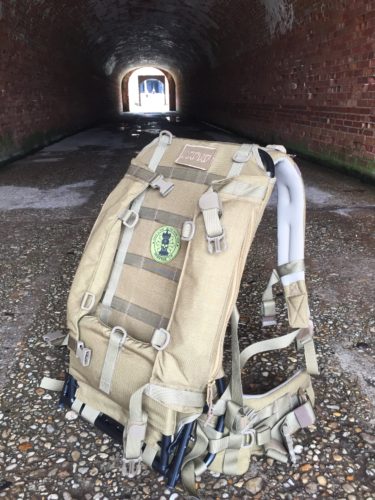 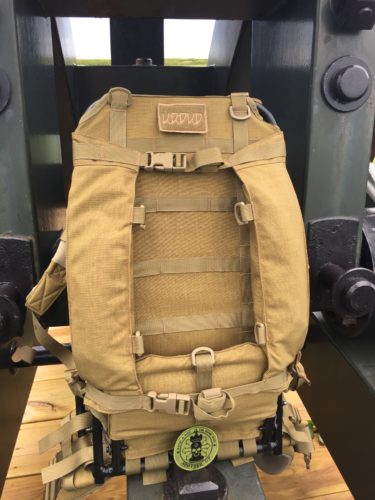 The back of the load carrier is basically a high-end pack.  The shoulder straps are perfectly curved and positioned so that the most cushion can be adjusted where the user needs it.  The adjustable and flexible waist pad is similarly reinforced and padded.  Both use close foam and KROKO Tactical’s own S-SKIN fabric.  It is a smooth, stretchy fabric, which is stronger than some of the nylon which often tends to rub and wear in high use spots.  Polyamide is the high-end material used in padding for the M-1013, and works slick with the well-placed with spandex in other areas of the M-1013. A key component of the frame – a true workhorse of the M-1013, is a back plate.  Hidden between the pad and nylon, it aids as a sort of internal frame for the user, while the external frame is focused on the load.  The buckles are quick adjust and quick release, and both the shoulder and waist pads offer several angles of adjustment.  I packed the M-1013 with Delia Tactical rescue tools, Blaze Defense fire suppression and rescue equipment, ammo, and several IFAKs.  I would estimate the total weight at around 80 pounds.  I then simulated running to a call, or a breaching scenario at low sprint.  Not only did the gear not shift, the entire load didn’t flop or shift on my back.  It was comfortable and secure. 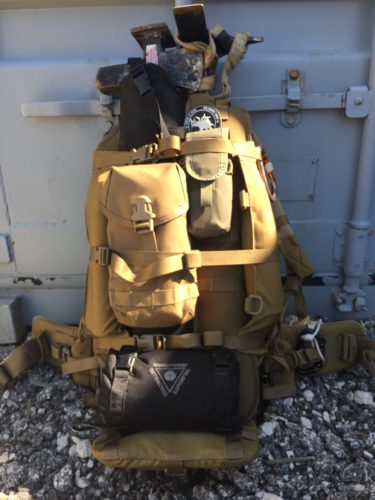 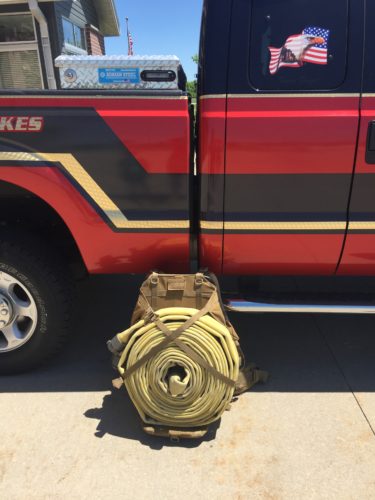 My thought was to also try 200 feet of 2.5 ” diameter fire hose in a hotel pack or a wildfire set up.  A hotel pack is a pre-set fire hose and nozzle assembly which can be connected to a stand pipe in a high-rise.  It is set up so that a firefighter can throw it over the shoulder, and hump stairs in a hurry.  While a reasonable configuration according to fellow rescue worker, the M-1013 can see even more applications in a Rescue Task Force scenario.  A huge benefit there is that everything carried out in the open is till secured, but immediately accessible.  Additionally, and just as impressive, is that the total weight of the empty M-1013 is around 9 pounds.  The Kroko load carrier is a dedicated system designed for weight adaptability and user comfort.  No detail was spared.  It is also very satisfying to know that most Kroko Tactical gear, including the M-1013 is made custom to order, by hand.  For now, we will keep the price under OPSEC.  Having previously worked directly with government entities, the company is getting ready for commercial product sales. Please contact us here at Spotter Up for details.  In the mean time, the M-1013 and the full KROKO Tactical line up, can be found at www.krokotactical.com 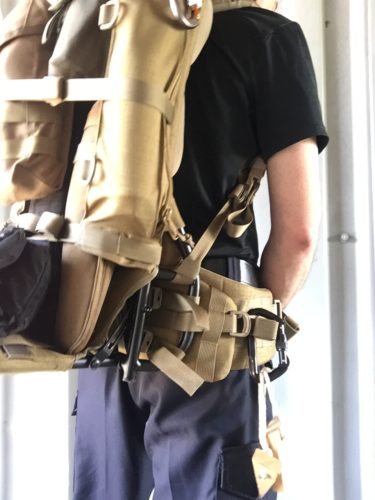 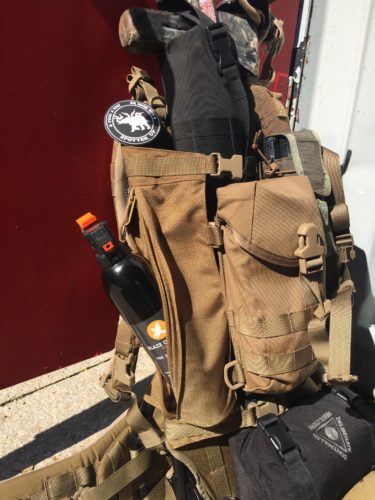 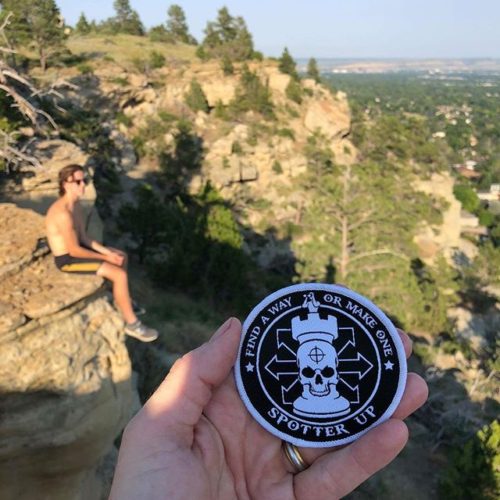