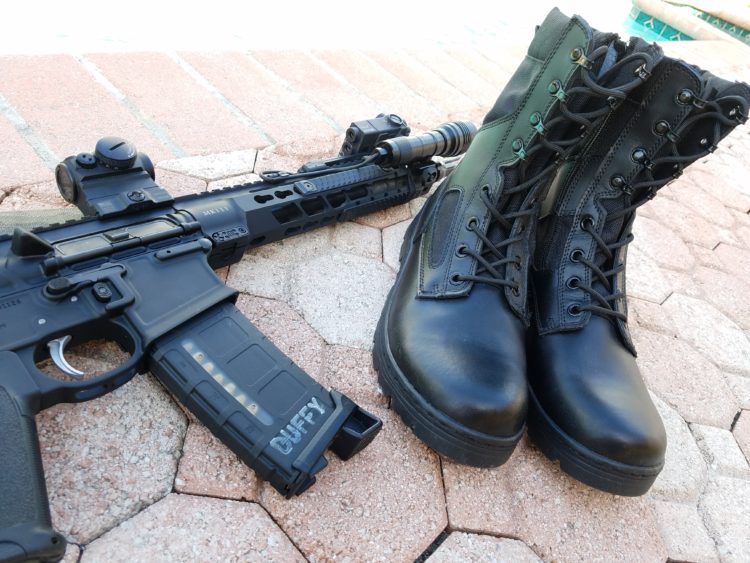 My grandfather once told me “The type of shoes you wear will tell you a lot about a person”. I never understood it until I enlisted in the military, but he was right. I have worn a lot of different boots in my brief time on earth. Many of them were issued. Others were purchased to make me more capable in different situations. Even though down here in South Florida my daily footwear is sandals and my ability to wear boots is slim. I still find the need. So, when I was presented an opportunity to test out the Ridge Footwear Dura-Max 8 in. zipper boots I was in. Ridge Footwear manufactures footwear for law enforcement, firemen, and EMT personnel. In the past two years, they have begun targeting other markets such as motorcycle boots, food service, and hospitality industries as well. They have been around a while so I was excited to work with them. I was sent the Ridge Footwear Dura-Max 8 in. boots in black through Spotter Up and was excited when they came. I told the editor Mike that it would take a little longer because boots take time and I cannot properly review boots in just a couple months.

Upon receiving the Dura-Max Boots I noticed they had a very nice mostly leather construction. The Dura-Max comes in at 23 oz. which isn’t the lightest but also not the heaviest. The stitching and connection to the sole were very solid. The sole is of their own design and not another Vibram sole that you see in a lot of boot manufacturers. Not that there is any issue with that but using their own design keeps cost down which means you don’t have to pay as much. The front is a smooth design that has an internal toe cup that only covers the front of your toes. It has two drainage holes on the inside of the foot. The heel cup seems to be well positioned and not too high so that not to impede in running or full extension of the foot. The lacing system was a standard 4 eyelets, then a break for the ankle bend, then 4 hoop speed lacing eyelets. The laces it comes with are smooth and make cinching quite easy. On the inner side of each boot is a full-length YKK zipper with a hook and loop keeper. This was my first pair of boots with a zipper for ease of removing the boots. 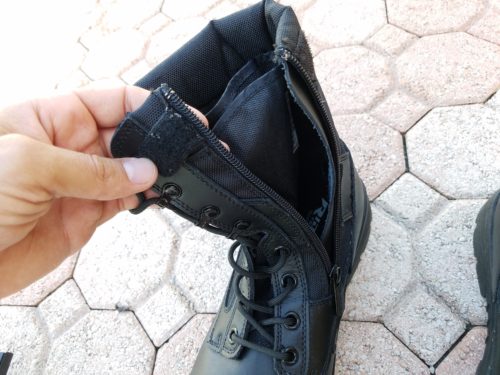 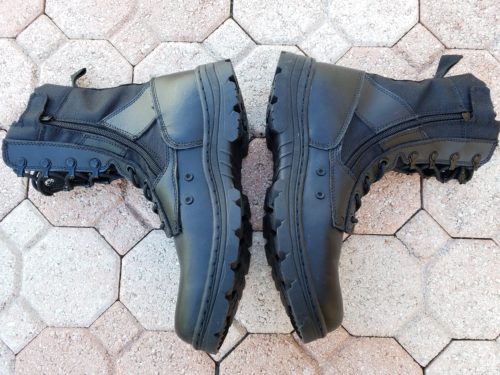 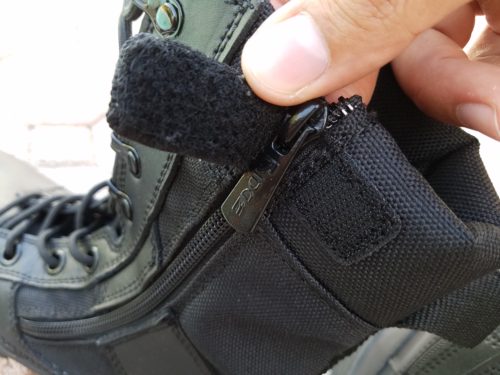 Boots aren’t easy to test because everyone has a different preference on boots and when they are no longer good. For me, I use them until the sole is gone and then re-sole and continue to use them. I like well broken in boots and dislike breaking in new boots. With the leather construction of these boots, I needed to do a break in. So, I jumped in the pool and did some pool PT and then wore them around the house for outdoor chores. When getting out of the pool and walking around I could see the drainage holes doing their job. I wore the boots to do anything I could get away with, from training, outdoor activities to chores. I didn’t come across any hot spots or friction points throughout the testing. I expected some from the zippered area but all was good. I also noticed that the leather stayed nice throughout the entire time I tested them. These boots are like the old jungle boot design and can be polished but I am not into shining boots but figured I would let you know. After a long day wearing them the zippers were welcoming feature. I could easily zip them down and threw them off. Putting them on that way was a no-go depending on the way you lace them. I am sure these boots are more designed for law enforcement because they have more presentable “Uniform” look to them and I did show a few officers I know and they did say that they would probably be allowed. The finish did last and they stayed presentable throughout testing. The sole did not seem to lose a lot of material which leads me to believe they will last an extended period. 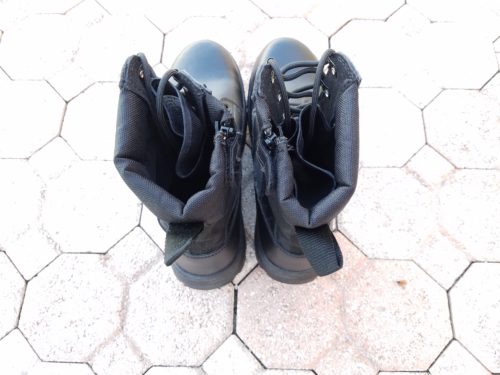 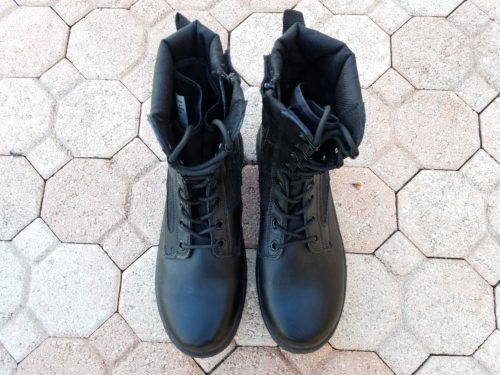 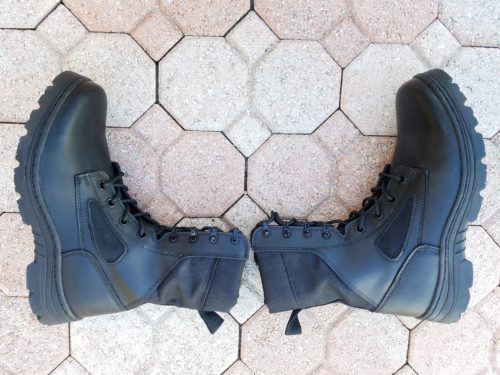 Overall, I like the boots for most situations that I use boots. Down here in Florida I did find that they made my feet very warm. I also found that I was asked while wearing them if I was a cop. I try not stick out too much when around town so I didn’t like that aspect of the boots. The boots did hold up to my use and I will update this article if something different arises. I would recommend these to someone that needs to wear a uniform like law enforcement, EMS, Security, and any one that wants to look like a cop. For most civilian use they may not fit the role but are nice boots none the less.

Disclosure of Material Connection: I received the Ridge Footwear Dura-Max boots via Spotter Up. I was not required to write a positive review. The opinions I have expressed are my own.