Since 1961, O.F. Mossberg & Sons, Inc. has enjoyed exemplary sales totaling in excess of 10,000,000 units of their Model 500 Pump Action Shotgun. Remington has enjoyed the same longevity with their Model 870. Prior to that, Winchester came out with their Model 97 which quickly set the standard of excellence and reliability. Pump action shotguns were the next step after the legendary double barrel shotgun.The difference being the pump action shotguns increased on-board ammunition accessibility and the ability to fire 5-6 rounds of ammunition before having to reload. All of this made possible through the engineering of John Moses Browning. A name which has been integral and pivotal in the firearms community.

Both the reliability and functionality of the pump action shotgun were soon recognized as the foundation upon which law enforcement agencies and military units relied upon.The vast majority of law enforcement agencies depend first upon their sidearm. Typically, the use of the shotgun comes into play when and if a given situation has gone beyond that which can be dealt with via and officer’s or agent’s sidearm.Situations involving high risk search warrants, fugitive apprehension and drug enforcement often involve dealing with those whom employ advanced electronic security, automatic weapons, armed security and fortified locations. In these situations, LE personnel often attempt to use a firearm they are only marginally trained with.The use and training involving the shotgun in many academies and training facilities is generally reduced to a small number of rounds fired at a full sized silhouette target from 25 feet to 50 yards and in rare instances, 100 yards.This training predominantly done with 00 Buckshot with minimal use of slug rounds. Officers are provided information based upon the instructor’s personal experience and bias. Consequently much of the disinformation and misconceptions surrounding the shotgun in LE use starts here.In many cases, law enforcement personnel are issued 00 Buckshot which is an extremely powerful and devastating round in close proximity. Unfortunately, it is very rare that officers/agents know what this round does at varied distances. Most 00 Buckshot rounds are comprised of 9 (nine) lead pellets of .33 caliber. 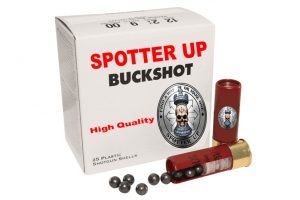 When a 00 Buckshot load is fired, it leaves the muzzle as a near solid mass which is made up of the 9 (nine) pellets. As it goes downrange, this mass begins to open up.When it strikes a target, the diameter of the spread of these pellets forms a pattern. At close ranges, this  pattern will keep all 9 (nine) pellets within the mid center chest area of a full size human silhouette or the K5 zone on most police targets. This is optimum.At this point, the round is considered  target specific as it is focused on one particular target. As it travels farther downrange, this pattern can open up to the point where one or more of these pellets land outside the K5 area and in some cases become peripheral hits or totally miss the silhouette entirely. It is at this point where the shot fired goes from being target specific to becoming a liability.One single .33 caliber pellet is still lethal out to approximately 100 yards. Capable of seriously injuring or killing a fellow officer or innocent bystander.So, what are the misconceptions, disinformation and how can they be correctly handled? It begins with an LE Shotgun Evaluation Program. A course of fire specifically designed to showcase and highlight errors in technique and to dispel misconceptions regarding the deployment of a shotgun in a law enforcement capacity. During this course of fire, shooters will: 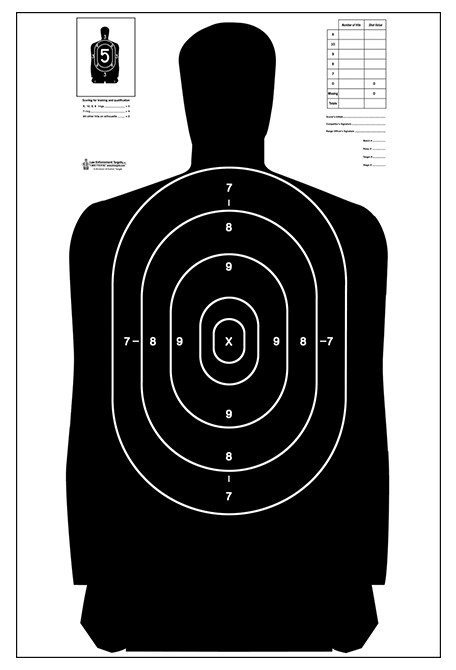 All targets not withstanding the Barricade Speed Shooting Multiple Targets on both steel plates and metallic silhouettes will be NRA B27 Standard Police Silhouette Targets.

The use of 00 Buckshot is common among law enforcement, military and also civilian home defense use. The common misconception shared by all of the above is the spread of the pellets at varied ranges. It is assumed by many that either the pattern will open up quickly at short ranges or that it will hold together at longer ranges up to and including 50 yards. This amounts to speculation on the part of the instructors involved and the user who has to depend on the information and training provided to them. 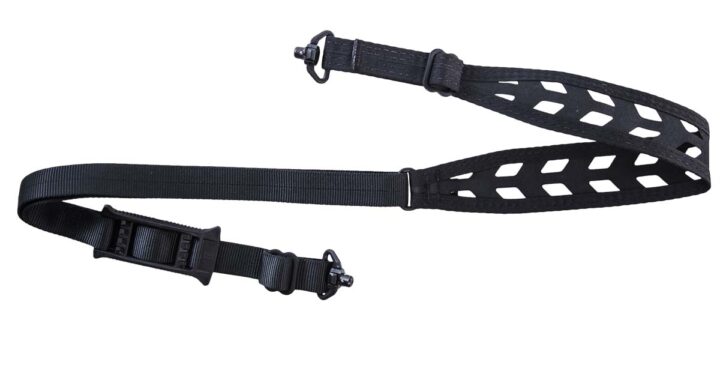 2 days ago Jon Dufresne
We use cookies to ensure that we give you the best experience on our website. If you continue to use this site we will assume that you are happy with it.Ok