In the previous article many of the merits of utilizing firearms competition as a training tool, such as the opportunity to experience induced stress while shooting, increasing speed and accuracy as well as incorporating movement into the equation were discussed.

Shooting from longer ranges than those utilized in standard Police Pistol Combat (PPC) courses is advantageous to members of law enforcement and the military. The PPC course begins at the one yard line and progresses to the barricade position at the 25 yard line. This is more than adequate as most law enforcement lethal force encounters occur at close range. Match shooting may double this distance.

The US Army considers 50 yards to be the maximum effective range of a handgun. That is the distance at which the average shooter will hit a motionless man sized target with 50 percent of the rounds fired. Obviously, competition expectations are far more stringent; requiring the competitor to become a much better shooter.

The confidence gained from the knowledge that one is capable of effectively engaging targets at that distance is invaluable to law enforcement officers and members of the military. For civilians who hold concealed carry permits this is of little practical importance as the necessity to legally engage targets at that distance would be extremely rare.  For them, training time and ammunition might be better utilized elsewhere.

There are some disadvantages to pursuing firearms competition as a training methodology. Competition motivates the competitor to win. This is not in itself problematic; however matches may dictate that a competitor abandon battlefield proven tactics in order to “win.” 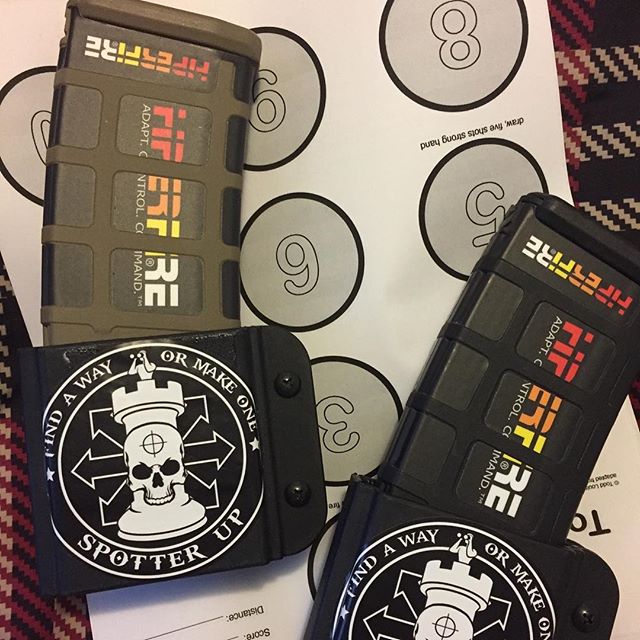 The standard law enforcement practice of rolling out from behind cover and firing one or at most two rounds and returning to cover is abandoned by the NRA Action Pistol (Binachi Cup) course.  There, the competitor is required to draw and fire a barrage of six rounds in five seconds from the barricade. While this builds both speed and accuracy, few law enforcement firearms instructors would advocate exposing yourself for five seconds, an eternity when an adversary is shooting back.

At an IDPA match, a competitor remarked at the high degree of realism afforded by the scenario in which a police officer stormed a house and confronted multiple armed subjects in several rooms.

He looked very hurt when informed that in the real world this was a SWAT operation. One cop would never assault a home containing multiple suspects by himself; much less continue to engage targets in room after room once he initially took fire.  Even more telling was the range officer who asked “What police department are you with?” after another competitor actually used cover and engaged the targets without exposing himself to them. He was made as a cop because none of the other competitors used the cover; they did not employ proper tactics out of ignorance or because they were not rewarded with match points for doing so.  Utilization of tactics slowed them down and they were simply trying to “win.”  That sort of “winning” can be deadly in an actual lethal force encounter.

When training for lethal force encounters it must be remembered that the gear that is utilized in training must match that being carried daily. Competition shooting equipment can be so highly specialized that it is inappropriate for street carry. The red dot sights seen on competition handguns are incompatible with retention holsters used for the street, as are wings, protrusions on the slide that are used to lock the pistol into the barricade. Getting used to these devices in training may be detrimental in combat.

If competition is used as a training platform, it must be done with the realization that in some aspects it may not be useful from a tactical perspective. Its greatest value is that it pushes the competitor to shoot faster and more accurately under stress, both lifesaving skills if combined with proper tactics.
Tim Weber
Well known within the inspector general community, Dr. Weber has taught firearms and tactics to special agents of several agencies to include the Social Security Administration, U.S. Information Agency, Amtrak and the Department of Education. His love of teaching has prompted him to establish ProShooters LLC to provide firearms training to the civilian community. Always fascinated with firearms as a child, Dr. Weber’s mother once remarked, “Tim’s either going to become a soldier or a gangster.” Prophetically, he became an airborne qualified infantry officer in the Maryland Army National Guard. Dr. Weber began his civilian career with the federal government in 1983, as a uniformed police officer with the General Services Administration’s Federal Protective Service at the National Security Agency (NSA). In 1987, he graduated from the Federal Law Enforcement Training Center’s firearms instructor course. Promoted to sergeant, he was transferred to the NSA’s Security Protective Force. He was selected to become a special agent and during the Gulf War was assigned to the NSA counterterrorism “flyaway team.” He received a master’s degree in criminal justice from Jacksonville State University in 1997, and a doctor of education in higher education leadership from Nova Southeastern University in 2004. Dr. Weber first began competition shooting while a police officer, but only recently became a true advocate of the sport of NRA Action Pistol competition. This year will be his second at the NRA/Midway Bianchi Cup, the most prestigious, and arguably the most difficult, national level pistol shooting competition in the United States.
Tags: gun training shooting