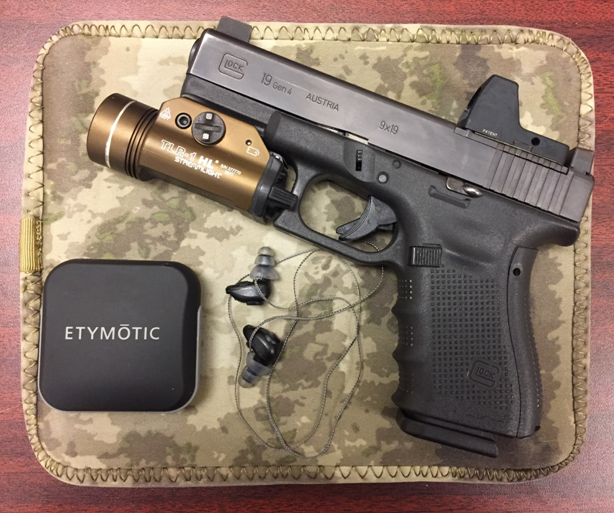 Ever wanted hearing protection that didn’t require sweltering earmuffs?  You know, the kind of earmuffs that become small pools of sweat arounds your ears?  Worse, what about the earmuffs you loathe to take off because your ears are past the point of pain and are numb from being pressed against your head?  Of course, your ears remind you after taking off those earmuffs with pain that ears aren’t meant to be pressed against your head.  Well say “Welcome!” to Etymotic’s GunSport PRO.

Let me just say upfront, I often forgot I was wearing hearing protection and could carry on normal conversations and not strain to pick up range commands.  Etymotic was kind enough to send me a set of their GunSport PRO earplugs to kick the tires on and I’m not sending them back.  They are awesome.  They are adequate for the majority of my shooting needs and with a little augmentation 100%.  For the average shooter, you’ll likely meet 100% of your needs. 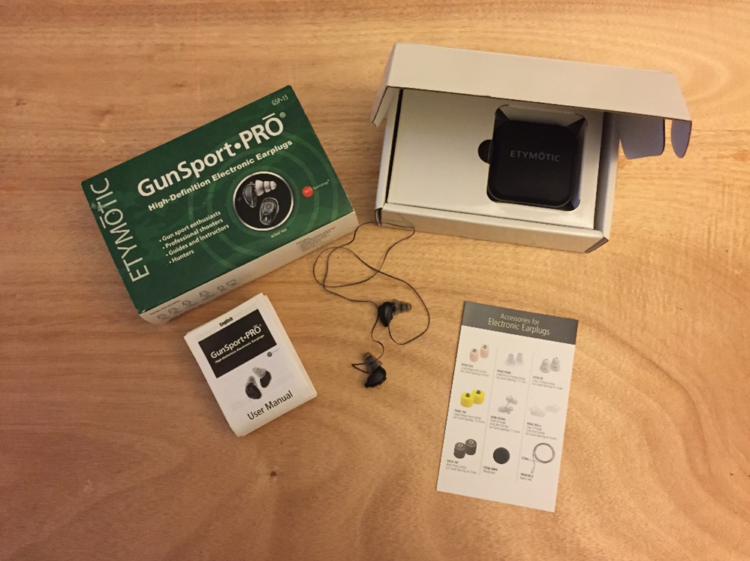 The GunSport PROs are electronic in ear hearing protection with an NRR rating of 25db.  There are two settings, Automatic Hearing Protection + Blast Protection Mode and Hearing Enhancement + Blast Protection Mode.  A miniature switch allows one to toggle between settings.  The hearing enhancement mode amplifies ambient sound a published 5x but was quite comfortable for me. I like hearing conversations and commands on the range crisply not requiring a speaker to repeat what he said.  When hearing enhancement isn’t turned on, one is supposed to hear normally but I found the environment slightly muffled though not as much as when wearing other earplugs.  I wore the GunSport PROs almost exclusively in the enhanced hearing mode.

One of the first things you notice about the GunSport PRO’s is their size. They are not much larger than an average set of triple flange ear plugs but their performance is gigantic.  Because of their size I highly encourage the use of the included lanyard.  Not only did they help me with the removal process they make it harder to lose the earplugs.

GunSport PROs are powered by common #10 zinc air batteries.  These batteries differ from your typical ones in that they discharge as soon as you remove a plastic film.  The film keeps the battery from interacting with oxygen which causes them to discharge.  The downside is that whether you are shooting or not the batteries are discharging.  The good side is batteries are cheap and one set would last me 10-14 days.  That’s a lot longer than my $6k VA issued hearing aids that last about four days on a set of batteries almost twice the size.

These electronic earplugs have a lot of similarities to hearing aids but that’s mostly cosmetics.  There is an ear wax filter and procedure to replace it but I didn’t have to do it once in my months of use while I have to do it just about every other week with my hearing aids.  Directions are clear and straight forward. The procedure takes about 10 seconds per device.  Don’t let it intimidate you. 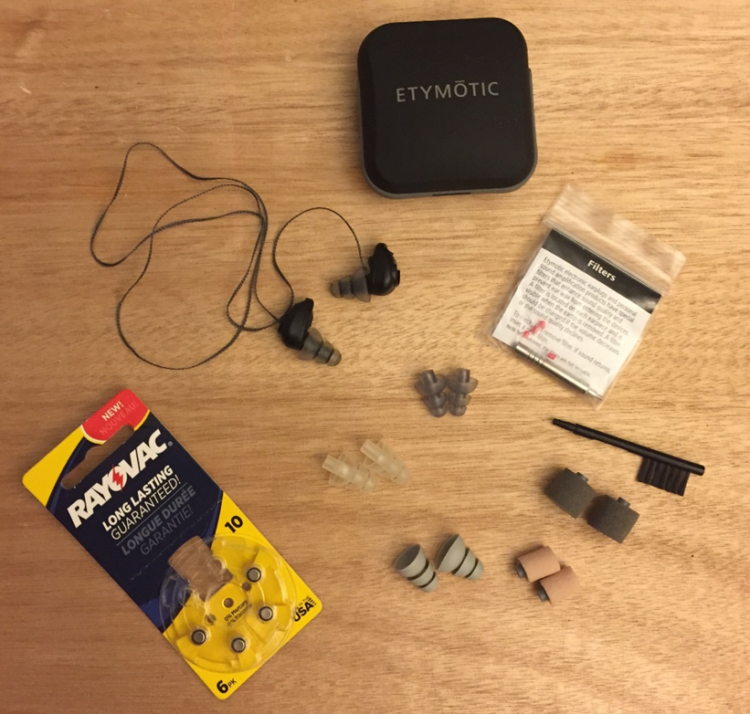 I wore the GunSport PROs over a two-month period where I often shot 3-4 times a week.  Shooting environments included indoor and outdoor ranges, pistol, rifle and shotgun shooting, shooting competitions (USPSA, 2-Gun, 3-Gun) and while giving instruction (often requiring me to stand in close proximity to a handgun to observe a student’s trigger press).  That last one is pretty uncommon for the average shooter but puts you in much closer proximity to that loud muzzle than common shooting positions.

It’s critical that one selects the right ear tips to get the most out of this hearing protection.  The best tips for me fit very snuggly with a little twisting and wedging to get them in my large hearing canal.  Only after extended periods of shooting (couple of hours) usually including a lot of movement did my GunSport Pros come lose.  A quick nudge and twist fixed the problem. 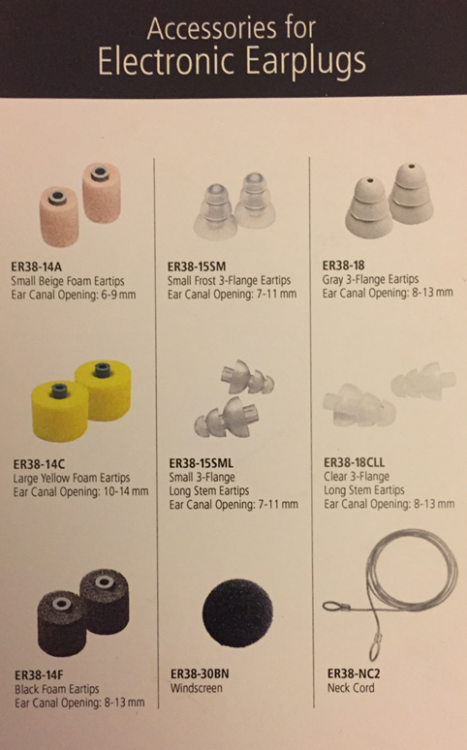 I had very little problem wearing these during pistol shooting events though I had to on occasion reinsert them snuggly during outdoor competitions.  Exceptions to pistol shooting sound comfort were when I had especially loud pistols in the next stall on indoor ranges or if I was up against a wall.  Loudness was typically determined by caliber and length of the barrel.  Most common offenders were large caliber revolvers and short barreled .40’s and larger. 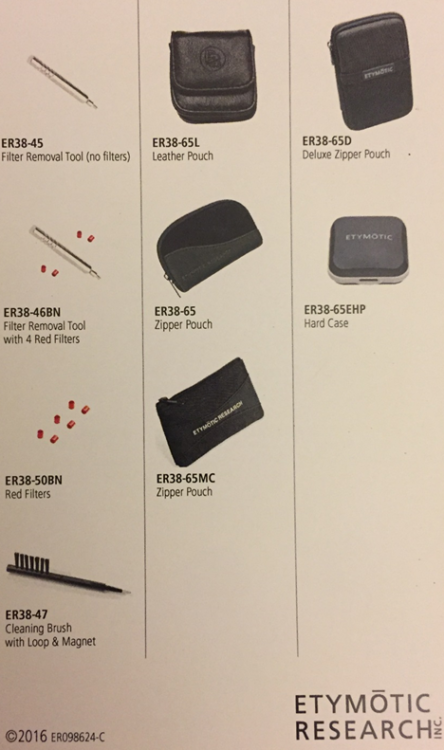 Outdoor long gun shooting was OK if I was away from the firing line or shooting on my own.  Indoor long gun shooting was borderline uncomfortable when the shooter was located within 2-3 stalls from me or if I was against a wall.  That was especially true if they were shooting 7.62, a larger caliber or short barreled rifles.  When those situations occurred I just reverted back to my common practice of doubling up on hearing pro.

I found the GunSport Pros were hands down better than my Howard Leights in every category.  When compared against my MSA Sordin Supreme Pro, the GunSport Pros had better sound quality and were louder volume wise for conversations but didn’t give me as much protection in some of the louder shooting environments I participated in.  The amplified sound quality on my GunSport Pro was excellent with an imperceptible delay between “bang” and the ongoing conversation.

I want to emphasize that the sound fidelity of the GunSport PRO was excellent.  Etymotic’s GunSport Pro earplugs contain high-definition transducers, balanced-armature drivers and high-sensitivity microphones.  The circuit ensures a nearly instantaneous recovery time between the blast of gunfire and normal sounds.  The quality of sound was amazing as was how easily one could carry on a conversation even with large amounts of gunfire going on.

I highly recommend the GunSport Pro.  They are definitely worth their almost $300 price tag especially if you value your comfort, have issues getting a good spot weld on your long gun or want to wear more than a baseball cap when shooting in the hot sun.  Etymotic’s GunSport PRO’s protection is outstanding except in the loudest environments defined by peers using high caliber and/or short barreled firearms next to you primarily in indoor ranges.  If that isn’t in common to your shooting regimen the GunSport Pro will meet almost all your needs.  Best of all is the perceived freedom of not having to wear necessary hearing protection.

I received this product as a courtesy from the manufacturer via American Concealed I could test it and give my honest feedback. I am not bound by any written, verbal, or implied contract to give this product a good review. All opinions are my own and are based off my personal experience with the product.