All this talk about EDC and pretty pictures almost always show a knife in the mix.  If you’ve given serious thought to what you’re carrying and why, you have considered the reasons for carrying and using one.  Whether rescue, secondary weapon, work-related or opening cartons of coke at your local movie set, the reasons vary.  As do the knife designs.  A fixed blade is a serious tool and for the same very specific reasons.  Colonel Blades, has designed their Low Vz (Pro) models with those considerations in mind.  They Colonel and NCO LowVz models are specific, mission-oriented curved blade knives, intended with a specific application.  I read somewhere that you should be wary of someone who does one thing, because they probably do it very well.  This is clearly the case with the Colonel.  If you’re getting hungry right now, it’s just years of subliminal advertising and you should ignore it.  With all seriousness, the veteran-operated company has put a lot of time and commitment into the LowVz, and it is evident the moment you hold one. 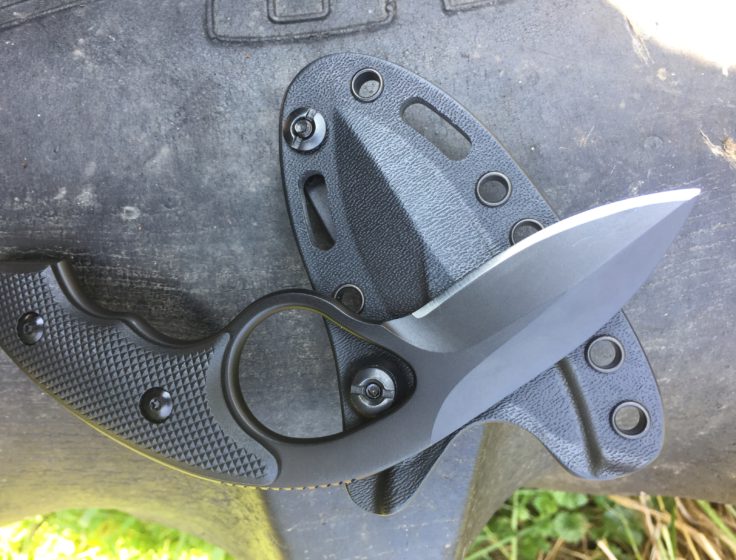 The reasons for carrying a fixed blade are specific to the need for, and actual design of the blade.  ColonelBlades focuses their application on defensive use, and instinctive movement for that purpose.  The shape of the blade, as well as the intended draw and target are similar to the movements and steps of drawing, presenting and applying a firearm.  The idea is that you are used to punching out a handgun, and that muscle memory can be harnessed for your blade.  But the functionality doesn’t stop there.  A fixed knife allows faster access to the working part of what you need, the cutting surface.  Whatever you need it for, it’s there faster.  As a functioning tool for geared up, multi-layered or restrictive environments, the fixed blade clearly saves several steps in deployment and application.  Regarding application, Colonel Blades goes a step further than any other knife company I have seen.  They encourage proper training with their product, provide a trainer/inert model to train with, and reference an impressive lineup of designers and instructors who can deliver the knowledge to everyday consumer, or a high speed operator.  That roster includes Al and Nico Salvitti, Tom Spooner, and JD Potynksy of NorthernRed.  To the serious user in a market flooded with product-only mentality, this is huge.  If you think of a knife as a historical extension of a sword almost everyone carried back in the day, then training with it is a necessary thing. 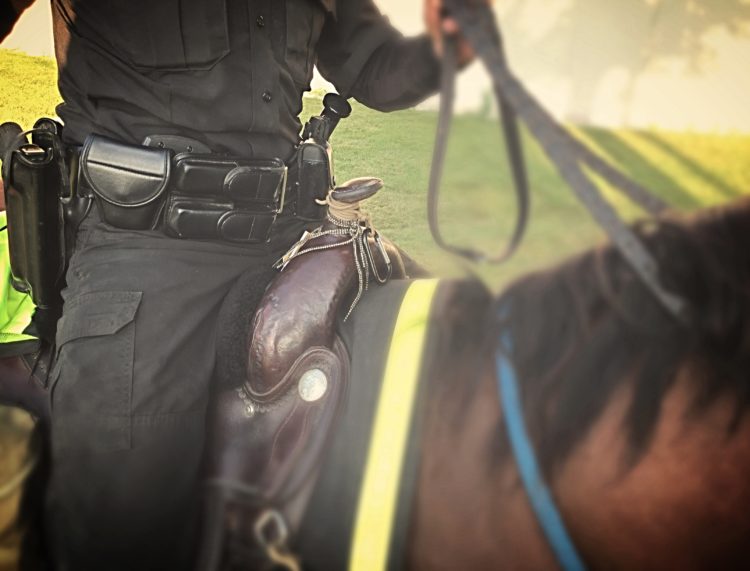 Most of us know that guy (or gal) often called “Tackleberry.”  But while the armed-to-the teeth Police Academy character is a fun analogy, he knew how to use all of the tool he carried.  The Tackleberry’s of tactical world are affectionately named for carrying too much crap, without knowing how to use it all.  This often involves more than one blade, strategically placed somewhere on their person.  However few go out of their way to consider beyond intricate placement of these tools.  ColonelBlade’s affiliation with staff of the NorthernRed training team, the Salvitti family and Bravo Company USA opens up a world of knowledge to the customer.  It’s like a pop-up add you really need to click on. 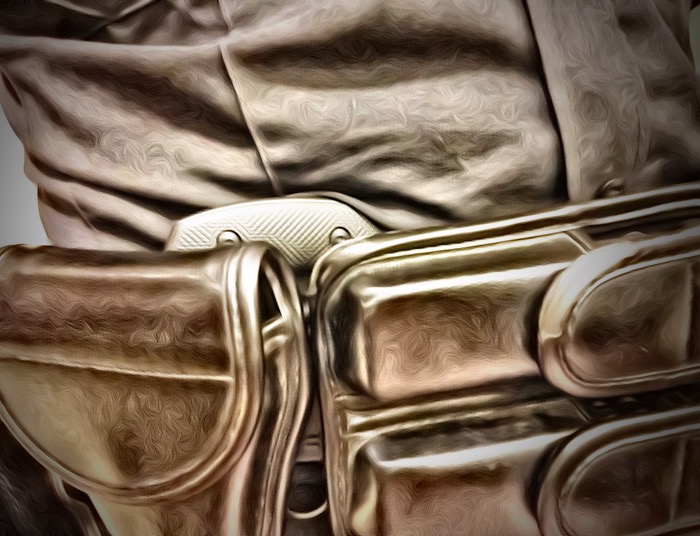 First impression is that the blade is esthetically pleasing, ergonomic, and balanced.  The weight of the handle and curve of the blade work perfectly together, and are immediately noticeable.  This is critical in utilization of the blade, as much as how it feels in your hand.  Proper weight helps with the application and retention.  There are two models currently offered, which maximize the consumer options, while not at all diminishing the end result.  The Colonel Low Viz is made in Italy and designed in USA, uses N690CO grade steel, and has a QPQ Ionite coating.  It lists at $149.99.  The NCO model is made in Taiwan, uses Aus 8 grade steel, ceramic coating, and lists at $79.99.  If the terms are confusing, as they were to me initially, all this means is that you can get a high quality blade with the NCO, or a higher quality blade with the Colonel.  The custom-machined, contoured G10 3.5” handle on the Colonel is also different that the checkered design of the more machined NCO.  The NCO uses an injection-molded handle.  With that said, the feel of each is wonderful in their-own right, and I honestly had a hard time deciding which to carry and which I would prefer.  The weight, feel and application of each feels very similar, and had I not known about the price difference up front, it would be hard to tell which is which because of high level of detail on both.  You can also get a package of both blades in a combo kit, for $199.99, which in my opinion is a great value as well.  All include the trainer model. 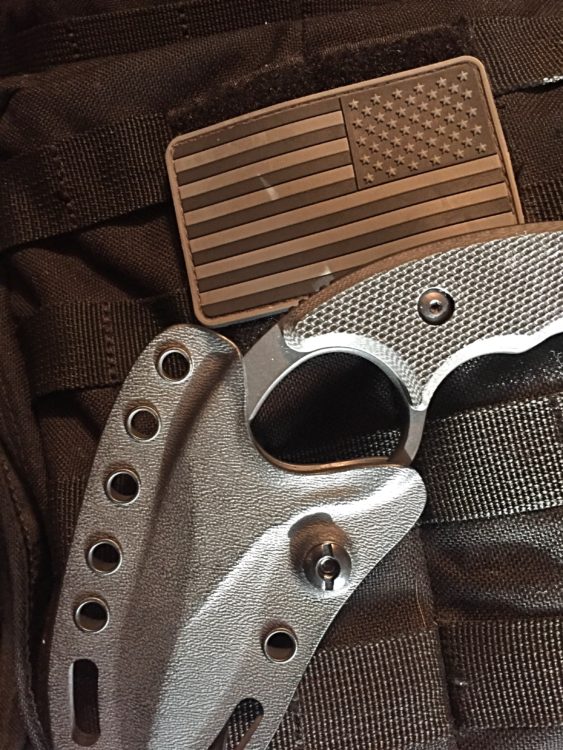 A G-Code Kydex sheath is also included with the Colonel, while a molded G-code sheath with the NCO.  Both hold each blade very secure at any angle, have a positive and noticeable lock when inserted, and draw the same smooth and deliberate way.  The sheaths allow for several angles of carry, and can facilitate inside or outside the waistband, MOLLE or belt attachment.  While the belt may be the intended design, there is an easy way to secure it in several carry options, depending on your need.  That being said, the need should probably dictate how you carry, not the accessories.  I love the fact that the single clip of G-Code sheath allows for a pivot to accommodate any angle. 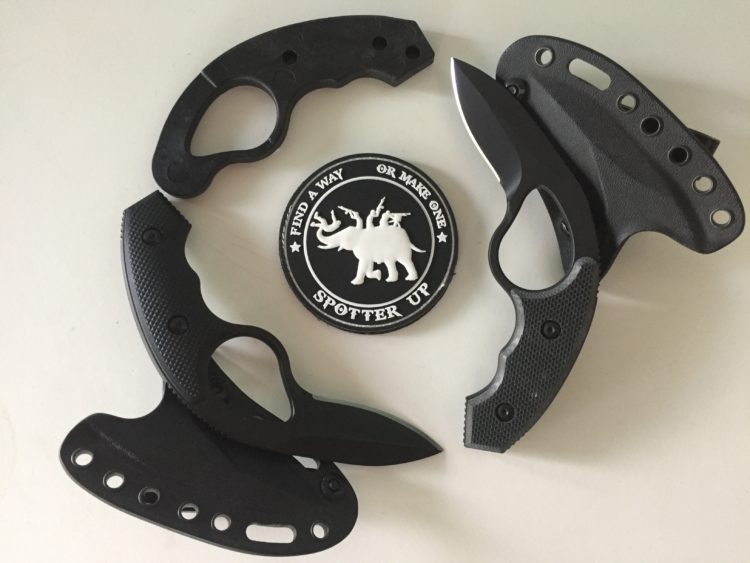 At the same time, I have worn the Colonel under environments of long hours and a lot of movement, and have at times had to adjust that angle.  My hope is that there would be a future option of a tab or an additional belt keeper type accessory to allow the blade to remain at the chosen position despite the movement.  Again, this would not be a concern for everyday wearer, unless you’re doing a lot of active moving, bending or reaching, or have additional gear which effects the knife’s placement.  However the ability to adjust the angle of carry, in my opinion, is also an industry first.  You may have seen other knifes which offer a handle curved to the blade, but they only offer one position carry.  The overall dimensions for either LowVz model, are 3.5” handle and a 2.75” blade.  You can purchase a LowVz Colonel or NCO either through Bravo Company USA www.bravocompanyusa.com or directly through Colonel Blades, www.colonelblades.com The company is very open to user feedback, as well as supporting military and law enforcement communities.  There are many examples of trial samples being sent to raise awareness for the product, which resulted in loyal and satisfied customers.  They can add me to that group. 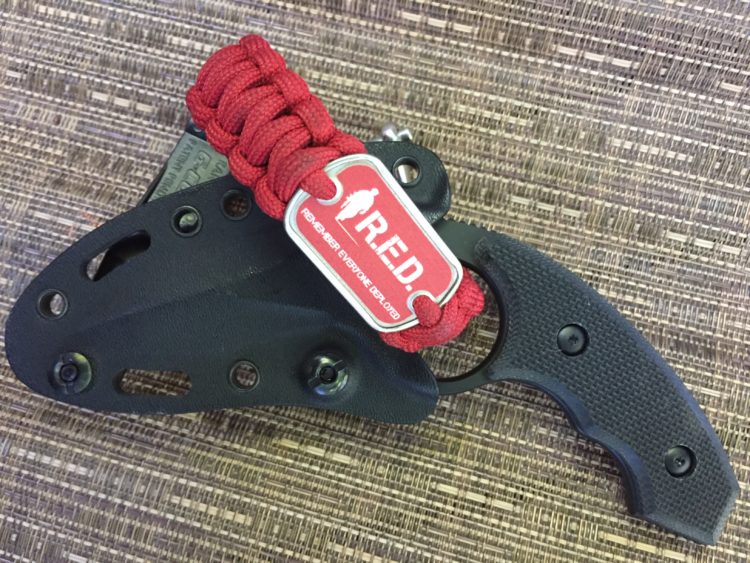