Everyday Carry… These words (and the initials) elicit instant, nearly uncontrollable anger inside of me. Anger is a funny thing. The emotion of anger is felt when you feel an agreement or covenant has been broken. So, what agreement or covenant do I feel has been broken? That’s simple, the rational virtue of self-reliance. The eight rational virtues are moral habits directly and rationally tied to universal morality and truth.

Of the eight rational virtues, self-reliance/independence is the first. The virtue of self-reliance/ independence is to provide one’s own means of subsistence. However, the entire concept surrounding EDC is that you need certain tools which are the means of your survival and subsistence. There are entire websites devoted to what EDC items you are carrying right now and the whole thing is a quest for the perfect tools for you and finding the next best tool. At the very least it’s a big keeping up with the Jones’ event or an attempt to keep up with the cool guys. It has gotten so bad that for years we have seen sad, pathetic tactical hipsters locked and loaded with tactical backpacks, knives, tourniquets, handcuff keys, and, well, an entire backpack full of crap, walking around proud of the fact they are prepared for… What exactly? There is no practical reason for any of this and in many cases mere possession of these tools is illegal. To say these people are confused and completely out of touch with reality is the understatement of the century. That said, please don’t conflate this article with my full belief system, which is strictly constitutional and I do mean strictly! But I digress…

In philosophical terms this phenomenon is called the primacy of tools, meaning that the tools are what is most important. This is a logical fallacy and easily disproved. First, the primacy of tools places the tool above wisdom, skill, and conditioning. That alone is as far as I need to go, case closed. But the issue is deeper and it’s worth understanding the deeper element.

By placing such significance on the tool and not wisdom, skill, and conditioning, one is abdicating personal responsibility which is a direct violation of self-reliance/independence. It also sets up the excuse for failure or low-quality action on the resource, not your personal resourcefulness. At the end of the day, to violate this first rational virtue of all human beings violates morality making this cult of tools immoral and destructive. Such concepts are shunned by the true warrior because they violate universal truth and morality, the eight rational virtues and fourteen warrior virtues.

It’s not the tool. It’s never the tool. No tool or collection of tools will ever prepare you, even for what they were designed for. Everything is in the mind and the mind’s mastery of the body. A tool or a weapon can only ever be an extension of the mind and body. The quality of the action thus is only as high as your wisdom, skill, and conditioning. Thus, the tool is irrelevant. So please, for the love of humanity, stop with the charade. The Way is in training, not tools.

“You should not have any special fondness for a particular weapon, or anything else, for that matter. Too much is the same as not enough.” ― Miyamoto Musashi, The Book of Five Rings

This was originally posted on Nate’s page here 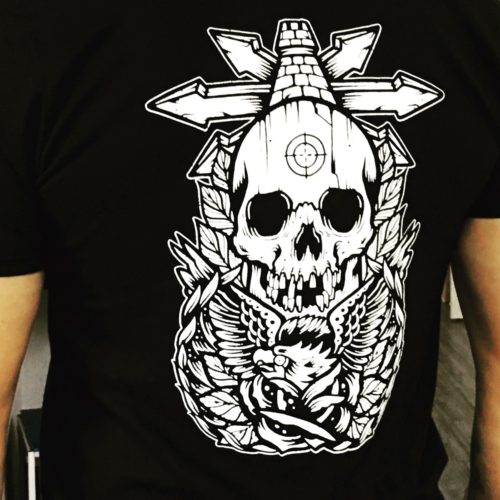