K goes in search of Rick Deckard, played by (Harrison Ford), a former blade runner who disappeared thirty years ago. The original screenplay is loosely based on the novel Do Androids Dream of Electric Sheep? by Philip K Dick.

Blade Runner 2049 features: Ryan Gosling and Harrison Ford, who is reprising his role as Rick Deckard, with Ana de Armas,Mackenzie Davis, Sylvia Hoeks, Lennie James, Carla Juri, Robin Wright, Dave Bautista andJared Leto in supporting roles.  The film is set to be released in the United States on October 6, 2017, in 2D, 3D and IMAX 3D.Warner Bros. Pictures will distribute the film in the United States, while Columbia Pictures will handle international distribution.

Film critic Gene Siskel once bluntly panned it as “a waste of time. “Critic Roger Ebert once called it “a great movie to look at, but a hard one to care about.” For those unfamiliar with the original film it told the story of genetically manufactured beings called replicants used for dangerous work on Earth’s off-world colonies.” The replicants were built by the Tyrell Corporation to be ‘more human than human’. The film focuses on the themes of memory, emotion and what it is to be human. The movie Bladerunner still has one of the most profound monologues spoken in celluloid by one of the replicant characters named Roy Batty.

In the original movie Blade Runner replicant (cyborg) Roy Batty yearned for more life and yet each of the robot models programmed by the Tryell Corporation gave each replicant a pre-programmed expiration date. Roy Batty, model number N6MAA10816, had a life span of 4 years though his appearance was that of a 30 year old male. The replicants are visually indistinguishable from adult humans. They think and act as humans do but are still attempting to understand and process what it is they are ‘feeling’. We observe their interactions in the movie; it appears they are no different from us.

They ‘feel’ emotions in some sense of the word just as we feel. The replicants work off-planet in fixed roles. Roy was a military-combat model built to kill. He was a Nexus-6: a series of Replicants said to have been made for superior strength and agility. He was fast, intelligent and skilled in combat and no different from our U.S. Special Operations warriors.

Six of the replicants decided to revolt and Roy rallied his squad to return to Earth, seeking out their genius human creator Tyrell, who was in a sense God in order to extend their expiration date. They knew that they did not want to die.

Special police operatives known as “Blade Runners” are dispatched to hunt them down and kill them. In the movie Harrison Ford played a worn out, retired Bladerunner named Deckard. Deckard located Roy but ended up being outmatched playing in a cat and mouse game. Roy Batty’s superior machine-skills were beatable. At the conclusion of the movie Deckard attempted to kill Roy after a chase which took place in the Ray Bradbury building complex. Roy fled and jumped across two building rooftops with Deckard in pursuit.

Deckard jumped from the same rooftop and slips. It is at this moment that Roy pulled Deckard to safety. He chose to let the Bladerunner live all while knowing that he will shut down and die. Roy saved the life of the man dispatched to kill him. Roy soon shut down but not before unleashing a touching and totally profound monologue about losing all of his memories which speaks much on the brevity of life.

“I’ve seen things you people wouldn’t believe. Attack ships on fire off the shoulder of Orion. I watched C-beams glitter in the dark near the Tannhäuser Gate. All those moments will be lost in time, like tears in rain. Time to die.”-

The movie Blade Runner works on many levels for us and has much thematic complexity. In Blade Runner all Roy Batty wanted to do was live longer. Haven’t all human beings shared his sentiment? Roy is a mechanical construct that isn’t human. Yet in his ‘dying’ moments this replicant seemed to find humanity by obtaining empathy for Deckard. Roy transcended himself by using his precious last seconds to save someone else. How odd then, if this movie were based in reality, that a machine could love more than some men can. By the end of the movie Roy has saved someone, acknowledged that he is going to die (power shutting off), learned to accept it, and in doing so becomes ‘human’. 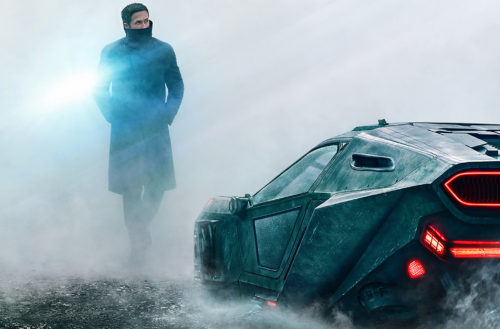 Director Ridley Scott could not direct the sequel as he was working on this summer’s Alien: Covenant. Director Villeneuve, whose credits also include Prisoners and Sicario, was brought in. He made great efforts to get the movie atmosphere to be the same as the original with its heavy noir theme.

I’m a Q&A captured by a writer at the Nerdist at IMAX Headquarters Gosling was joined alongside Harrison Ford. Ford agreed to do the second film if he could develop the character of Deckard.

“It’s interesting to develop a character after a [long] period of time,” he stated.  Director Villeneuve stated 2049 focuses on the themes of memory and emotion.  An interesting facts: Ridley Scott stated that Deckard was a replicant although he never read the original work and the movie deviated from Dick’s novel.

When Scott was asked about the possibility of a sequel in October 2012, he said, “It’s not a rumor—it’s happening. With Harrison Ford? I don’t know yet. Is he too old? Well, he was a Nexus-6 so we don’t know how long he can live. And that’s all I’m going to say at this stage.”

The movie looks quite good. Let’s see how it turns out! 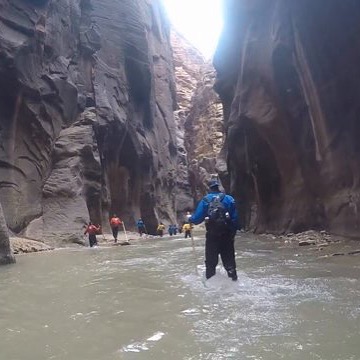 Navy SEAL Rick in the outdoors