A belt is a critical aspect of any concealed carriers equipment setup. As such the belt is not a place to mess around or pinch pennies when getting setup for carrying a gun in public. On top of the obvious task of holding your gun in place a good gun belt will help keep your pants up under the weight of your other concealed carry items.

If your belt isn’t built for the task holding up that EDC even if it’s meager is going to be hard. Most of the time when concealed carriers opt for small pocket gun and eccentric carry methods it’s because their belt held them back. The quest for an affordable concealed carry gun belt that doesn’t look like a tow strap or make me look like I’m ready to fast rope into Fallujah led me to Aker. 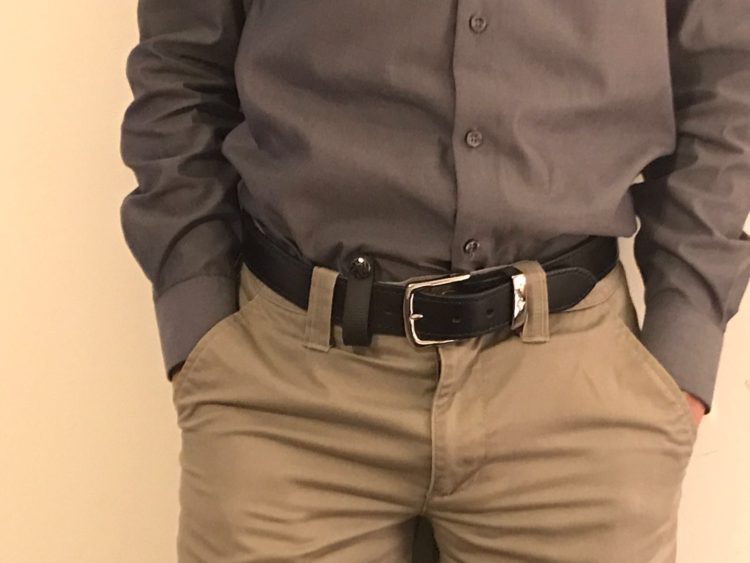 Aker has been making police duty gear for a long time, since 1981, and it turns out they make a darn good concealed carry belt too. They sent me the B21 from their off duty line. The B21 is a 1-1/2” leather dress belt. The one I got for review is black with sliver hardware and if you follow their sizing guidelines you will get exactly the size you need to carry your gun with a little extra room on either side.

The belt is reinforced with what appears to be either a polymer or metal insert that helps aid in gear and back support. This reinforcement keeps the gun from flopping over the side and I was very content carrying a Glock 17 strong side with a Shield 9 in the appendix position as a backup.

Typically I test a few different methods outside of my standard setup just to see what the belt is best at. What I found is that the belt really shines when a gun is carried strong side. The insert is what makes this happen. However, the gun also handles my normal EDC (Every Day Carry) as well as some other belts. 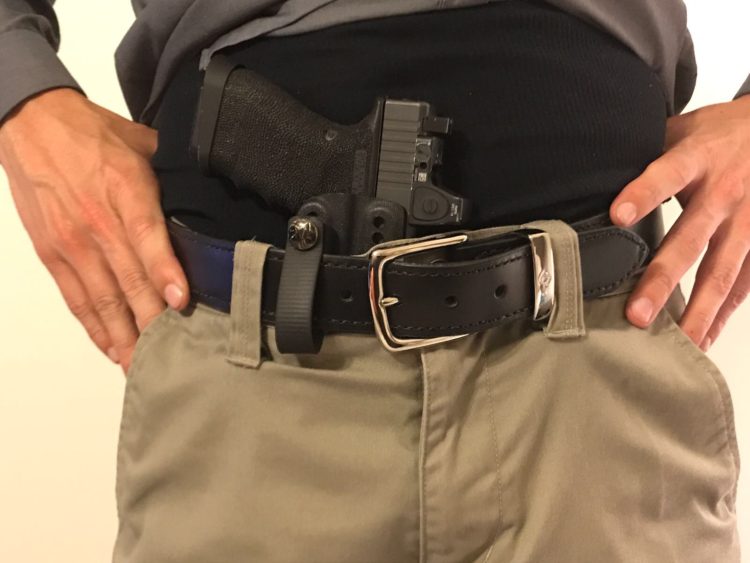 My typical EDC is a g19 with a Surefire X300U-B RMR and TBRCi compensator.  I included some pictures to show how the gun looks in that position vs strong side carry. That being said if I didn’t have to tuck my shirt in I’d have absolutely no issue as the belt is far more comfortable than what I am used to.

I also ran a few USPSA/IDPA matches with it and it was good to go for OWB and held my competition rig well even though that rig is almost double the weight of my normal EDC. By the way my normal EDC weighs nearly 5lbs so the fact that this belt has handled it very well for the last month is saying quite a bit. 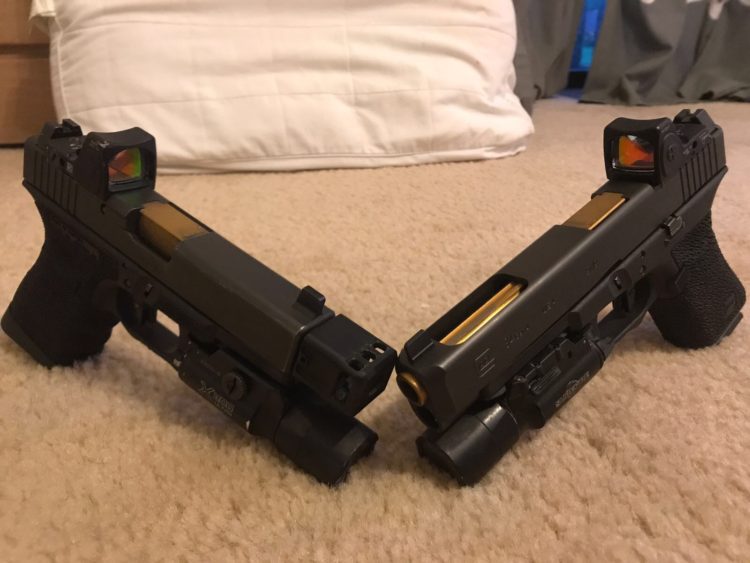 The Aker belt really kills it on looks too. It can be worn with a number of different styles of dress from a suit all the way down to simple shorts and a t-shirt all the while looking like a slick simple leather belt.

The chrome plated brass hardware has held up exceptionally well and the leather isn’t seeing any degradation as I’ve worn it every day for the last month.  The look is typically not important with duty gear except in this case a slick looking leather dress belt helps create the illusion that I’m not carrying a gun, particularly when my shirt is tucked in, which is when you’d see it.

So at the end of the day this belt is awesome for:

– Appendix carry with a shirt out

– Not looking like a “Tactical Timmy” in your everyday life but still having all the things a good Timmy has (full size gun, extra mags, knife, MEDICAL, flashlight)

Go get one here even if you already have a solid nylon/scuba web belt because having the option when you need to dress a bit nicer is always a good thing and since it’s coming in around $62.00 it’s a great value. Also if you are rocking a JC Penny belt you should’ve went to buy one earlier in the article when I made fun of your JC Penny belt. What are you waiting for? GO!

I received this product as a courtesy from the manufacturer via American Concealed so I could test it and give my honest feedback. I am not bound by any written, verbal, or implied contract to give this product a good review. All opinions are my own and are based off my personal experience with the product. 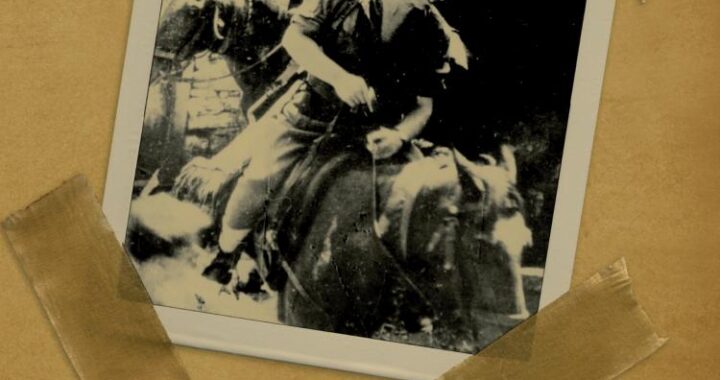 5 days ago Eugene Nielsen
We use cookies to ensure that we give you the best experience on our website. If you continue to use this site we will assume that you are happy with it.Ok