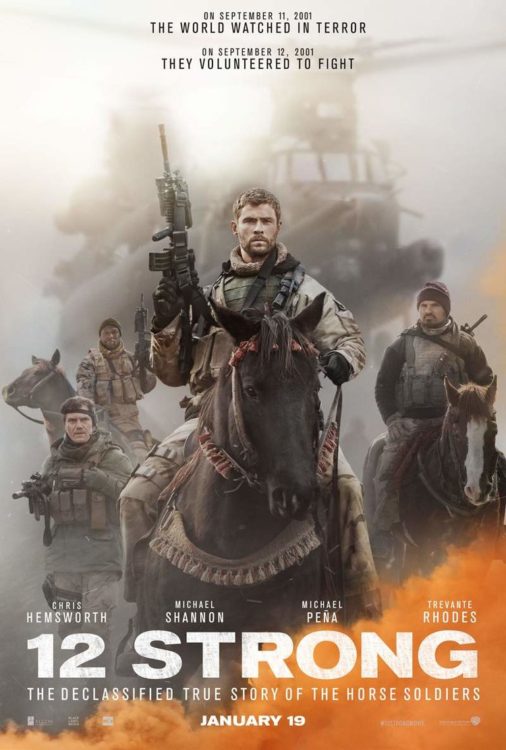 Warner Bros. has released a new trailer for the upcoming war film 12 Strong: The Declassified True Story of the Horse Soldiers. The film is based on the book by Doug Stanton and it was directed by Danish filmmaker Nicolai Fuglsig from a script by Ted Tally (Silence of the Lambs) and Peter Craig (The Hunger Games: Mockingjay).

12 Strong is set in the harrowing days following 9/11 when a U.S. Special Forces team, led by their new Captain, Mitch Nelson (Chris Hemsworth), is chosen to be the first U.S. troops sent into Afghanistan for an extremely dangerous mission. There, in the rugged mountains, they must convince Northern Alliance General Dostum (Nvid Negahban) to join forces with them to fight their common adversary: the Taliban and their Al Qaeda allies. In addition to overcoming mutual distrust and a vast cultural divide, the Americans—accustomed to state-of-the-art warfare—must adopt the rudimentary tactics of the Afghani horse soldiers. But despite their uneasy bond, the new allies face overwhelming odds: outnumbered and outgunned by a ruthless enemy that does
not take prisoners.

Outnumbered forty to one, they pursued the enemy army across the mountainous Afghanistan terrain and, after a series of intense battles, captured the city of Mazar-i-Sharif, which was strategically essential to defeat their opponent throughout the country.

The bone-weary American soldiers were welcomed as liberators as they rode into the city, and the streets thronged with Afghans overjoyed that the Taliban regime had been overthrown.

Then the action took a wholly unexpected turn. During a surrender of six hundred Taliban troops, the Horse Soldiers were ambushed by the would-be POWs.

Dangerously overpowered, they fought for their lives in the city’s immense fortress, Qala-i-Janghi, or the House of War. At risk were the military gains of the entire campaign: if the soldiers perished or were captured, the entire effort to outmaneuver the Taliban was likely doomed. 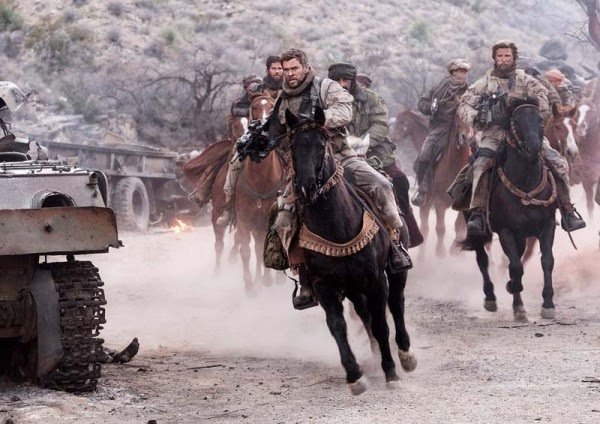