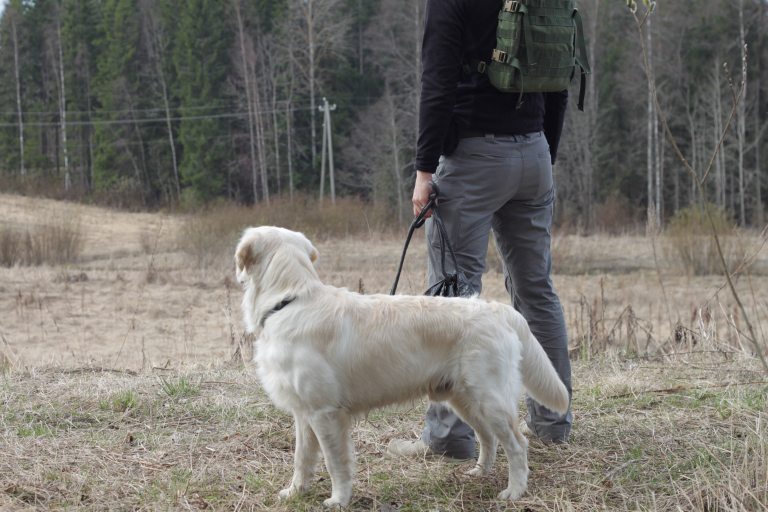 I recently went on a little weekend adventure with the doggo. Although I thought it was going to be a nice little outing, it turned out that I was up for a reminder of the very basics of any outdoor activity.

The plan was to walk through the wooded areas near where I live, scouting the surroundings. I made a mental note of the route I wanted to take, after which I packed my BCB Crusader cookset, Triple Aught Design softshell, my kuksa (a Finnish wooden mug), Canon 500D camera and a very nice instant coffee brewing bag, all into my Kifaru E&E. I had just bought my new Salomon XA Pro 3D MID Forces, so I had a lot of new gear to test out. A little bit of walking through woods and fields, and a nice hot cup of coffee brewed in the outdoors. That was the plan anyway.

I was only a few hundred meters out, when I realised that I had forgotten the solid fuel tabs for the Crusader. Well I thought that I would improvise and gather some dry twigs and sorts for the fire. And then, a few moments later it hit me that I actually did not have any matches with me.

Having almost put the coffee from my mind, I then got my hopes up again! I remembered that I might have the BCB Survivor fire starter in the pouch. With a sense of purpose I gathered some dry hay from the field and some nice twigs. Then I found a nice spot of exposed rock on top of a forest hill, set up my cooking set and started to make a fire.

Now, I have never really used a survivor fire starter before, but I was familiar with the theory of it. I scratched, scraped, put the hay under, tried a piece of birch bark… all for nothing. I just could not get the fire going. After fifteen minutes I gave up, poured the water on the kindling just to be safe and packed my stuff. 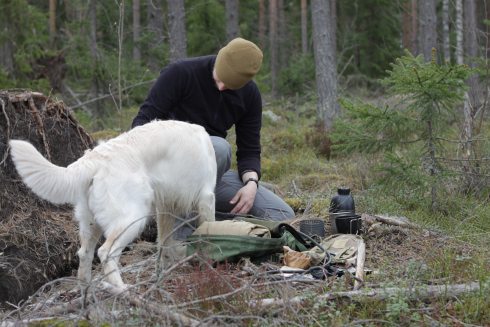 So what I learned was, that is very important to plan ahead. Make mental or physical notes of the route, study the maps and GPS and so on. But even if you make the most elaborate and thought-out plans, a half-assed preparing can really ruin your plans. Commit to the plan and meticulously go through your gear before you embark on your journey, so that you can be certain that you are prepared.

And also, before you leave, make sure you are REALLY familiar with your gear. It is all and good to buy expensive and state-of-the-art pieces of kit. But if you do not know how to use them, then what is the point? Practice at home, look up instructions from YouTube videos, read blogs, do everything you can to improve your skills so that you can get everything out of the gear you have.

Luckily my weekend adventure did not get completely ruined. Me and the doggo still had loads of fun and a good long walk in varying and interesting terrain. And I really think that this was a valuable lesson for me. If I would have been on a longer, more difficult trip I would have been in big trouble with my shoddy preparedness.

Oh I almost forgot to mention: one more thing almost ruined my good spirits. We stumbled upon a hideous swampy bit of a forest with a lot of water in the mushy earth after all the winter snows having melted. I really could not see my way around it. We had to carefully navigate to get to the other edge without getting our feet wet. And what do you know, a little too wide stream and an unsure foothold resulted in my Navajo colored boots turning into a much darker shade of brown. And wet. So wet. No bother. I did not want to keep them nice and tidy anyway… 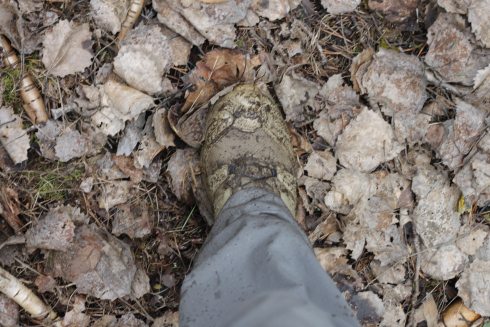