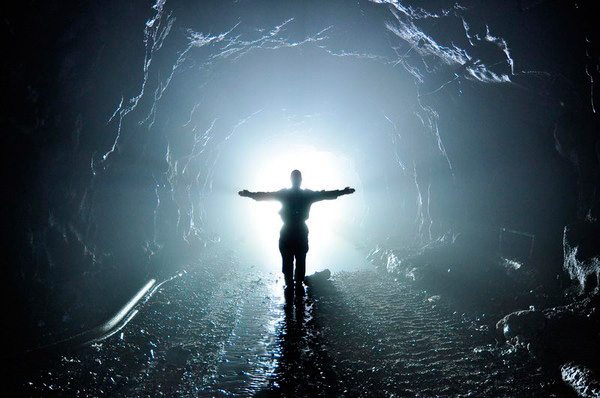 Some people, like me, think that if you cannot get something such as a bad thought out of your mind, you should write about it; it might be therapeutic. Some warriors have found it to be helpful to write their memories down; it works for me.

Others might say this will re-traumatize the person. I could not disagree more. If you try to bury your memories, alive, they will likely return one day, and they will not be happy. Think about the times you have heard of nice people who all of the sudden snap and become predators. The simple truth is we all have the potential to become predators; 99% of us (humans) restrain our animal instincts when it comes to unjustified aggression.

If the thought or memory is an issue for you, it must be reoccurring; therefore trying not to think about it is impossible. 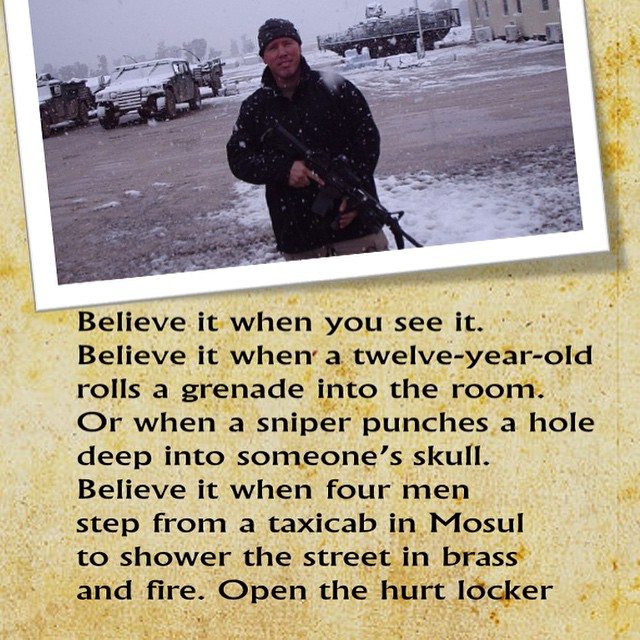 You think I am wrong? Try this. Pick anything you would like; an object, a thought, anything you want. Now, STOP thinking about it, right now; see, it is impossible. If fact, you may find this silly thought (from today) coming back to you for the rest of the day, or days, or even years.

Believe it or not, the fact that you are trying not to think about something the more likely it is that it will reoccur.

Now, if you take that memory that is reoccurring and think about it. I mean think about it and it alone, until you stop thinking about it. Sooner or later the memory should fade. Talking to your family and friends is great also because remember, “pain shared is pain divided” (D. Grossman).

Now, back to writing about it. You should write about good times and bad times. No one ever needs to see these writings; it is up to you. 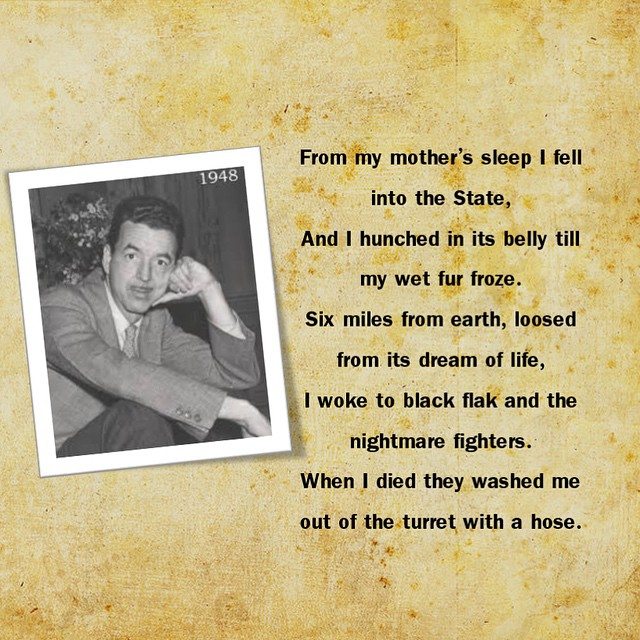 The Death of the Ball Turret Gunner-Randall Jarrell

Below is an example of a writing by a warrior. This warrior was haunted by this incident until he wrote the following.

I See His Face Every Day of My Life, but That’s OK

He was about 25 years old, black hair, brown eye and appeared to be healthy. His only mistake was being brought up in Saddam’s twisted society. I rounded the corner of a building while patrolling in a small settlement just west of the Euphrates River and there he was. He was in the prone firing position and had an AKM assault rifle pointing at me. Without any thought, I raised my weapon and pressed one shot; he just lay there with his eyes open and head slumped to the right, starring at me. I had to make sure he was dead, because I saw no wound and no blood immediately. I did a dead check (eye-thump) and he had expired. Then I realized what had happened, I was aiming for the bridge of his nose and the round had hit him in his open mouth, went down his throat, and stopped somewhere in his torso. As I walked away, I noticed a small amount of blood coming from his mouth and forming into a pool.

I see this man’s face every day, but that’s OK because it was either him or me. It was a justifiable kill. The others I have had to kill are just slightly in my memory, but this one was different. I see him everyday. Never does a day go buy where he is not there with his head slumped to the right and staring at me. He is now my friend and I greet him each and everyday.

Note: Now, this warrior hardly ever has dreams, or even thoughts of his young Iraqi friend. He states that this memory seldom returns; usually, only, when there is a relevant topic at hand. 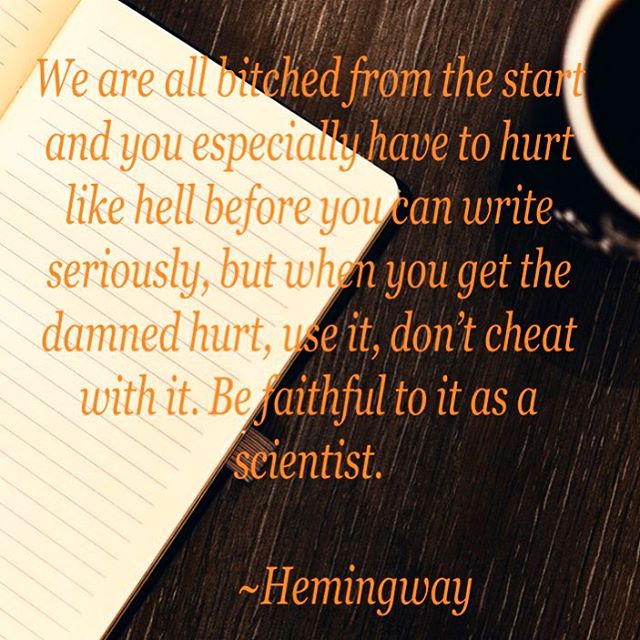