The best soldiers are lean and mean!

Body composition is ultimately an indicator of health and physical fitness can only exist in a state of good health. Health is the optimal functioning of all twelve body systems, which implies the absence of anatomical and physiological disease or dysfunction. Health itself does not constitute true physical fitness for optimal human performance or military duty. However, health is an absolute requirement because even though external appearances may give the misleading appearance of health and fitness; poor health will always impede performance. Conversely, poor body composition conclusively confirms the existence of poor health, fitness and lifestyle history, especially for optimal human performance and military duty.

Regarding the outward appearance of a soldier, what is seen by the beholder is the presence of excessive body fat and the general shape of the human body, which it distorts. For military service, you should maintain the following at a minimum:

Body fat is low hanging fruit here because it’s so easy to understand. For example, if you weigh 180lbs and have 20% body fat, that means 20% of your body is composed of adipose (fat) tissue. That’s 36lbs of fat! Fat itself is not a bad this, it is actually critical to our health because our body relies on it for so many processes. If you have too little fat, severe health problems present themselves. Low body fat/low body weight rarely presents itself in North America. The epidemic we face today is that of excessive body fat. The average American is overweight to the point that they are carrying an entire rucksack worth of fat. This excessive fat actually produces estrogen, which is a stimulant that increases chronic cortisol levels. This creates a variety of negative effects such as poor sleep, insulin and leptin resistance, low testosterone, thyroid dysfunction and more. The issue of body fat is incredibly simple. Too much body fat is caused by the long-term over-consumption of carbohydrates, especially simple sugars. Even when it comes to the severe endocrine dysfunction obesity causes, the solution to reducing body fat is simply to take in only the carbohydrates you actually need. Knowing and maintaining the proper intake of carbohydrates in the diet is a discipline and the outward representation of that discipline is body composition.

When we subtract the body fat from the total weight, we are left with Lean Body Mass (LBM). LBM is literally everything else, excluding the body fat. In the example above, the LBM = 144lbs. How much muscle that equates to is of particular interest. It must first be understood that human beings have a finite amount of muscle they can develop without the use of anabolic steroids. This is called the Maximum Muscular Potential (MMP). The MMP for men is equal to a BMI of BMI 29-31 – 29 for shorter men, 30 for the middle, 31 for tall men. That BMI also includes 10% body fat at that weight. For me, at 68 inches in height, this would be 201lbs with 10% body fat and 181lbs LBM. For me to build any more muscle than this requires anabolic steroids. 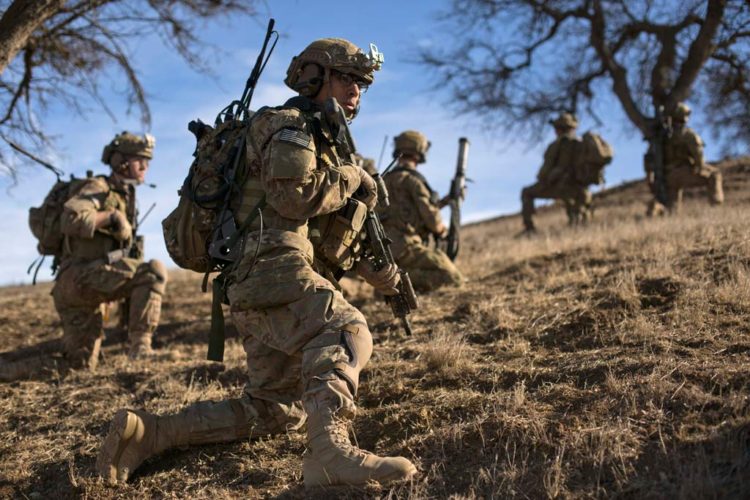 For the best all-around physical performance, men and women should maintain 80-85% of their MMP. For those focused on endurance activities, they will tend to carry body fat percentages below 10%. For those focused on contact sports, they will tend to carry body fat percentages above 10%. In both cases, the muscle mass should remain the same, though closer to 80% MMP for endurance and closer to or over 80% for contact sports. These differences in single digit muscle and fat percentages account for body weight differences between athletes and soldiers who may appear to be of very different composition. It is critical to note that because form follows function, proper training will automatically develop the majority of this muscle mass, and specific hypertrophy training is not regularly required. More on this in another post.

Finally, we arrive at Body Mass Index (BMI). BMI is a calculation of body mass derived from a formula using your height and body weight. The criticisms recently leveled at BMI are illegitimate as you should now be able to understand. BMI is a quick snapshot and tells us all we really need to know regarding body mass. If you score too low on BMI, you need more muscle. If you score too high, you have too much fat or too much fat and muscle for optimal all-around human health and performance and military duty. To know which you need to focus on in the case of scoring too high, determine your body fat percentage. Only true bodybuilders and lean powerlifters find themselves scoring too high for optimal health according to BMI and actually possessing high muscle mass and low body fat. Everyone is delusional about what their actual body fat percentage is.

The ideal body composition for a soldier is as follows:

It should be noted, regarding the numbers below, men below the figures given are too weak for military service, while women who exceed the figures given are too fat for military service and optimal performance. This statement is born out by the study of thousands of athletes to determine the anthropometric model of full-spectrum performance for each gender. Outliers of this model constitute a minute fraction of one percent of the population. That said, there are far more outliers for men, especially on the lower end of the spectrum than women, where the optimal performance band is extremely narrow and remains so across the world. Men at BMI of 21-23 are often as capable or more so than men at BMI 23-25 because the ultimate expression of strength is neurological beyond baseline cross-sectional requirements for force output. The fact that women carry significantly less muscle mass than their male counterparts accounts for the more narrow performance range. It should also be noted, regarding muscle mass, that women cannot ever attain close to the muscle mass of male counterparts. Studies have conclusively demonstrated that the largest muscle mass possible with extreme anabolic steroid use still falls short of the male’s non-steroid use maximum muscular potential. In other words, the most ‘roided-out female bodybuilder of similar height, cannot match the muscle mass of her 100% natural male counterpart.

The fact that women carry significantly less muscle mass than their male counterparts accounts for the more narrow performance range. It should also be noted, regarding muscle mass, that women cannot ever attain close to the muscle mass of male counterparts. Studies have conclusively demonstrated that the largest muscle mass possible with extreme anabolic steroid use still falls short of the male’s non-steroid use maximum muscular potential. In other words, the most ‘roided-out female bodybuilder of similar height, cannot match the muscle mass of her 100% natural male counterpart. Regarding BMI, because of this discrepancy and the fact that women require far higher amounts of body fat to maintain health and figure, a woman’s physical potential lies in a much more narrow band.

What I have written above describes the ideal anthropometric model of full-spectrum performance for each gender. It is not unrealistic for garrisoned troops. However, there is something that must be said about the realities of war. That ideal is the body composition you want your soldiers at when you commence hostilities. However, for traditional campaigns of foot troops who much walk most of the time and spend months in the field, the reality is that the human body deteriorates and form follows function. Higher levels of muscle mass are necessary for extreme speed that you expect of shock troops. Their muscle mass, speed, agility, and stamina will help to keep them alive in the first 1-3 weeks of combat operations. But following this, form follows function. The picture at the top of the post is of French Foreign Legion troops fighting Field Marshal Rommel in North Africa during WWII. Their body composition is what you get when the troops walk all day and get just enough food and sleep to keep going. These men exhibit body fat percentages of 5-8% and percentages of MMP closer to 75%. They are not as fast as fresh, healthy shock troops but they are still capable of crossing deserts and attacking with great ferocity when properly led. One must understand that this change will occur when troops are put into the field for long periods of time with little sleep and poor nutrition. Every leader in the unit must be aware of this and properly plan recovery time and training in a manner that rebuilds the men to optimal health and fitness. This is the reality of warfare and a soldier’s life. Every commander must realize these effects and understand that keeping the men lean and mean will reduce the physiological and psychological impacts of body mass reduction encountered during military campaigns.

1 thought on “The Soldier’s Body Composition”