As a mental health nurse, it’s part of my job to help coach people through some of the toughest times in their lives. People whose lives often aren’t really going the way that they had planned. Many live with anxiety, depression, addiction, and an overwhelming sensation of having lost some degree of control of their lives. Many people would read that and think, “That’s why they have problems, and I don’t.” I strongly disagree. 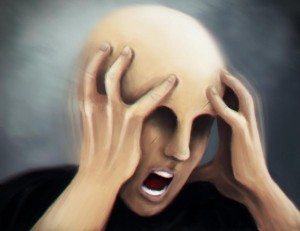 You see, one of the most important things that I’ve picked up on since I’ve been in this field is that many more people suffer with these issues, I’m just working with the ones that are willing to ask for help. The way that anyone in the mental health field helps patients is by assisting them to regain control of their own lives. They do the work, you’re just there to help guide them.

Sure, you may not be to the point of needing professional help yet. But if you often find yourself frustrated by your daily routine, whining to your buddies about how management has no idea what they’re doing, coming up with excuses that you didn’t get the promotion, or just feeling like you’ve been stuck in the same rut for (oh god, how many years has it been now?), it’s likely that you’re suffering in some degree from the issues I listed above. I’m speaking from experience, because I’ve struggled with some of these problems myself.

So how do you avoid letting yourself fall prey to these common sinkholes in life? Here’s a tip: try reminding yourself of these key phrases every time you feel yourself about to go on another rant about why life would be so much better if you were in charge. Some of these phrases will be ones that you have heard before, but probably didn’t give as much thought to as they deserve.

“Move with a purpose”- Yes, that old one your Drill Sergeant used to holler at you all of the time. At the time, it probably seemed like they were really saying, “You’re moving like pond water you maggot.” (Okay, that may have been how they meant it. They probably even said that afterward.) But if you actually think about it, this is one of the greatest phrases that has ever been uttered. If you’re going to do something, anything, make sure that it’s something worth doing. If it’s worth doing, it’s worth putting your effort, your concentration, your whole self into. And if it’s not worth that, why the hell are you doing it? Think about this phrase before you begin any task. Decide if it’s worth doing, and if it is, do it like you mean it.

“What needs to be done to make this happen?”- This one can be approached from two angles. Either you’re the boss, and you’re hearing or having a good idea; or you’re the worker and you have a way that your job could be done better. Either way, the commonality is that there is a goal. Maybe you’re sick of getting 10 reports every day. Maybe you think that office morale would be better if you all got together for a cocktail party once per quarter. Or maybe you’re in the sandbox and you just got a difficult mission tasking. Regardless, don’t take time to whine about it. Don’t tell your coworkers how dumb your bosses are for not doing something a certain way. Sit down with a pen and paper, and write out an action plan for getting your goal accomplished.

“Is this really how I want to live my life?”- You might have noticed that a lot of people complain about their jobs. There are millions of people right now sitting around in cubicles thinking how pointless there job is. Or they whine about how mundane their life is. Do you know what they all have in common? They all picked that life. If you can take a step back and look at your life, what would you change about it? A different job? More interesting hobbies? Maybe you always wanted to learn how to fight, or jump out of an airplane. What the hell is stopping you?

“If I was in charge of this situation, what would I do differently?”- This is important for two reasons. First, because one day you may be in charge of the situation, and then you’ll know what to do to improve things. And second, because you’re the only one who is going change it. Hate going to the morning meeting? Can you think of a way to either make it better, or avoid it altogether? Come up with a plan of action, and walk right up to your boss and lay it out for him. Chances are he hates it too, and would welcome the change. By doing this, you’re not only improving the situation for yourself and others, you’re making yourself stand out to your boss. So the next time that a promotion becomes available, he’s going to know exactly who to put in charge.

“Take Pride in what you do, and take credit for it.”- I used to be a janitor. Some people who work that job hate it. I just made sure that when my boss came in on Monday after my shift, the floors looked better than when 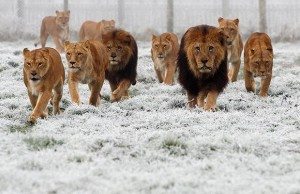 anyone else did them. And whenever anyone asked about the place looking nice, I said, “Thank you. It’s my job.” If you’re doing something that you’re ashamed of, you either need to change your job or your attitude.

Another part of this is taking credit for your mistakes. I see people having such a hard time with this, and I wonder why. If you did something wrong, it generally wasn’t on purpose. Either you forgot something, were never told important info, or you were trying something a new way and it didn’t turn out well. Own up to it, and do it with pride.

I remember the first time I got so sick of getting yelled at by my sergeant for doing things wrong as a private that I finally stood up to him. And I did it by owning up to my mistake with pride. I was in the wrong uniform, and I knew it as soon as other people started walking up to formation. So instead of waiting around to get yelled at, I sought out my sergeant. When I found him, I walked right up to him and went to parade rest, knowing he was about to start yelling. He started in with, “Pollack, where the (expletive) is your beret, and why the (expletive) isn’t it on your (expletive) head?”

I replied with, “Sergeant, my beret is at home. Normally, we don’t need it for motor pool. I forgot that you told us yesterday that we would need them for formation today. No excuse, Sergeant. In the future, I will always keep both my beret and PC on me while in uniform, to prevent something like this from ever happening again.” No excuses, no pleading for mercy. I owned up to the mistake, told him of how I planned to correct it, and that was it. That was the first time ever my sergeant didn’t smoke me for a mistake I made. 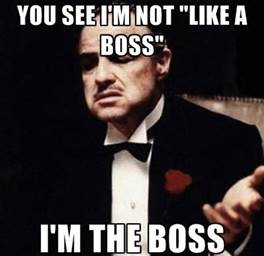 “Find a way or make one.”- Yeah, that’s right. I had the audacity to use the company slogan up in here. The reason that I’m including this phrase is not because it’s a slogan. It’s not to promote the site. It’s the reason that I agreed to write for the site, and the reason I believe in the site.

This is a way of life. And it also ties together every other piece of advice in this article. If there’s something that you would change about your life, you are the only who is going to do it. No one will step up and do it for you. Don’t make excuses. Don’t whine about it. Figure out what you want changed, and then determine how best to make that change in your life. It could be something simple like starting up a weekly potluck to get people more motivated and break up the routine. It could be something more complicated, like changing careers.

Ask yourself, what’s stopping you? Determine what the barriers are; then determine how they can be overcome or negated. Take the leap. You only get one chance at this life, you better live it the way you want to, because you’re not going to get a second go at it. 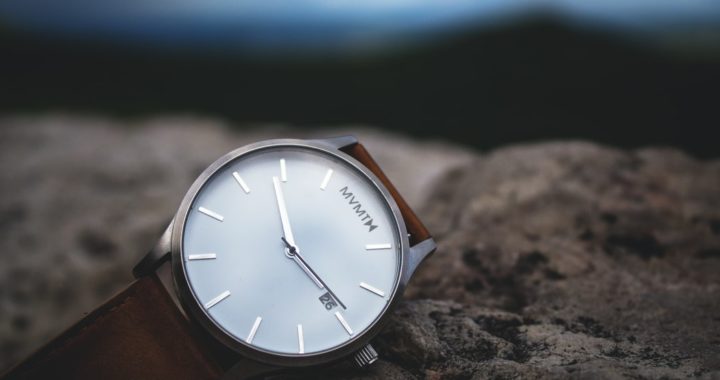