Many departments, agencies and companies continue to reduce their personnel, equipment and the training made available to their people. How does this affect morale? Some of the people working for these entities hold onto this belief that if their management isn’t going to pay to improve things then why should they as an individual do the same?  Why buy your own ammo, why search out quality gear bags, or eye-pro or pay for shooting classes, why learn, why influence others, because golly-gee no one has lifted their finger to do it for you?

Being short on these things is not a new phenomenon. As long as there have been men and armies, there has been a shortage of a lot of things; food, men, weapons and good circumstances.

The Spartans proposed to create men that were killing machines that could accomplish more with less than other armies could do with more. The Spartan’s military focused-lifestyle put a huge emphasis on follow through, after all, the Spartan nation clothed and fed them and so they had a primary obligation to be one of the most feared forces in the world.  The Spartans trained from a young age and being a warrior was the only career they would ever know. 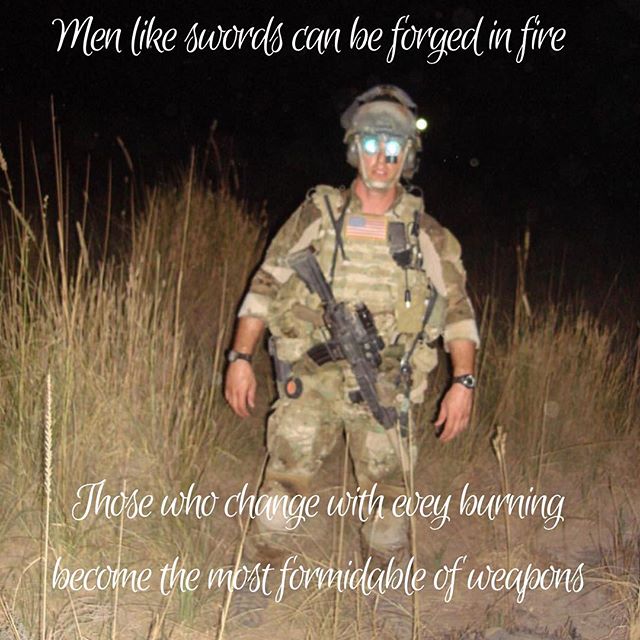 Image of retired SF/SMU Fred Fusco. Words by me.

They were supposed to be soldiers and nothing else. Our warfighters (military, LEO’s) today have to fix the plumbing, teach basic math to their children and do anything else that keeps the household together, all the while maintaining an alert posture. But shouldn’t the singular focus to be the best be the same for everyone, whether it’s our warriors today or 329 BC?

Spartans too had their share of problems at home. Because of Sparta’s continuous war posture Sparta began to have a steep decline in their available military power, and so substitutions were made by giving helots rights in exchange for state-service. One smaller issue was that weapons and armor were so expensive; each Spartan might use second-hand armor or weapons passed down from his father or grandfather. Is this any different than colonial militias using their daddy’s rifle? Warfighters the world round have had to make due with secondhand equipment. Fighting with your ancestor’s equipment actually sounds kind of cool. Coming home to Sparta without your shield wasn’t a good idea. They didn’t say, “Come back back with your shield or on it.” for nothing. It was a serious offense to abandon or lose your shield and was the mark of a deserter.

The Spartans more or less used the same hoplite equipment that other Greek armies used; the quality of their equipment did evolve over the centuries but each man more or less used the helmet, spear, shield and one or two swords.  The Spartan was engrossed in training himself to be a weapon. Yes, they were highly trained but did this mean they were without their own problems?

There wasn’t a Red Ball Express back then to resupply them. Greece has dry washes, steep slopes, and many narrow passes.  Hilly terrain with deep gorges could limit the effectiveness of strategic surprise and so the Spartans relied on phalangeal warfare. (Recall Thermopylae and the 300) They might have utilized higher ground to make them more effective in battle. But if they didn’t have the advantages of military numbers or good terrain, should they have packed it all in and quit?

Warfighters in the U.S. don’t have the exact same problems as their ancient Spartan brothers but their concerns seem just as pressing as it was centuries ago. Special Operations forces are having joint force capability shortfalls.  According to National Defense Magazine the sustained, multi-theatre combat operations since 9/11 has placed demands on SOF helicopters and combat search and rescue rotary wing assets. A good thing for the military has been an increase in the SOF budget and personnel but acquisitions issues has created a reduction in the equipment available to them; there aren’t enough SOF air assets, individual radios, small arms or a logistical support to maintain them.

Law enforcement personnel generally don’t see an increase in personnel into their ranks. What they do see is cuts in their budgets and personnel; vehicles are old and not properly maintained, training opportunities are cut, and equipment is missing or unserviceable. An effective balance must be struck to overcome the challenges. Many warfighters are in need of equipment upgrades.

Training is usually the first to go when it comes to a choosing whether to put more boots on the ground or officers on the street; ‘next year’ is often heard. Training for the Spartans was so intense that Plutarch remarked once, “… they were the only men in the world with whom war brought a respite in the training for war.” Our elite forces are the best in the world. They don’t train like any other.

Another thing to keep in mind, the better the shape you are in, the better you will perform; don’t leave this up to leadership because the responsibility falls on you. So how do we get into the mind-set of these elite warriors?

In Linda Robinson’s book One Hundred Victories she chronicles her time with Special Operations to build up the Afghanistan security forces by using counterinsurgency techniques along with training, mentoring and a lot of relationship building. They were not solely there to teach, they were brought there to organize men and motivate. At the same time they needed to remain motivated.

She notes in her book how small teams faced big problems in insurgent-dominated areas of Afghanistan but they shaped the view points of the local and regional foreign nationals by directly influencing them. Living in primitive conditions they taught the men to stand together and fight back against the Taliban. The newly motivated Afghan fighters didn’t stand around and ask, “what’s my purpose in life?” They knew their purpose but they needed people who could organize them.

Spartan successes came from relying heavily on collective warfare. Certainly a Spartan had to be cunning. physically fit, and intelligent but he had to be able to work within his team.  Working with his team meant thinking a lot like his team. Certainly there are going to be disagreements but the Spartan man was first and foremost a warrior, and he made efforts to get his mission done regardless of the lack of opportunities; weapons, man-power, or a perfect location. Some times people don’t come back; the battle at the Hot Gates changed Western Civilization forever.

The Spartan was born and bred to be responsible because the demands placed upon him would be greater than the demands placed upon others. Rather than ruminate on why things ‘sucked’ at work it’s likely the Spartan controlled the things that he could control: his body, his mind, his own training, and working to influence other Spartans for the sake of the Spartan State (mission, task, goal, objective, unit, team, et al.).

Robinson notes in the last chapter of her book how the special operators were, “forced to learn new skills and stretch themselves entirely in new ways.” and deploying in small teams,”instilled in the operators a new confidence that they could survive in hostile guerrilla-controlled territory, lonely and sometimes lethal environments. Sure, in Afghanistan they had a method of resupply, but they still had to be self-reliant. They supported one another and I doubt they quit.

Captain Dan Hayes of Operational Detachment Alpha (ODA) 3314 started an ongoing fitness contest he named the 1000 Pound Club. He created this as a diversion, knowing that it would boost the team morale and keep his men fit for their fights. To get into the club meant having a total of 1000 pounds lifted from performing the bench press, squat and deadlift.

Robinson’s book illuminates the thinking of the elite warfighter and it wasn’t solely on how to better use his muscles. First he uses his brain to win battles despite lacking critical resources. A warfighter may have a fully-functioning rifle and a vehicle with severely-balled tires, he may have the best equipment but he’s put in charge of a foreign group that has zero interest in working to make things better. He may have the best training but the worst leadership above him. Maybe its raining on they day he needed good weather for an operation. He might even trust in his equipment but the circumstances might not be great. What should our warfighter do then? There’s always going to be problems.

Robinson notes how the tactical teams became adept at the skills of bonding, understanding, and maneuvering. They didn’t lose their way, on the contrary, they exercised initiative and became decision-makers.

It’s about working to build relationships with the person next to you in order that trust is at an all-time high level. It’s about becoming part of the Greek phalanx, and teaching others how to get up and SO close that they can do the same. They will think like you, act like you and function like you do while retaining an independent mind. You might not have the things you want, but you have the things you need…a winner’s attitude. Don’t begin to ask, “what’s my purpose?” in the job you’re in. You know what to do, and so it’s time to do it. The onus is on you.

Complaints are fine because it identifies problems that might  need fixing. But whining isn’t. Shut that down fast.

In peace and war one of your sides is going to be exposed, and so you get up close and personal in that phalanx to protect the things you can protect, your team. The SEALS and Green Berets stayed resolute, organized armies of Afghanistan fighters, who lacked the proper training, the equipment, and enough people to fight the Taliban. You’re always going to have something that needs to be fixed. But getting stuck in the rut of thinking, “this place sucks and management sucks” is not going to solve your problem, because it’s going to create more problems. 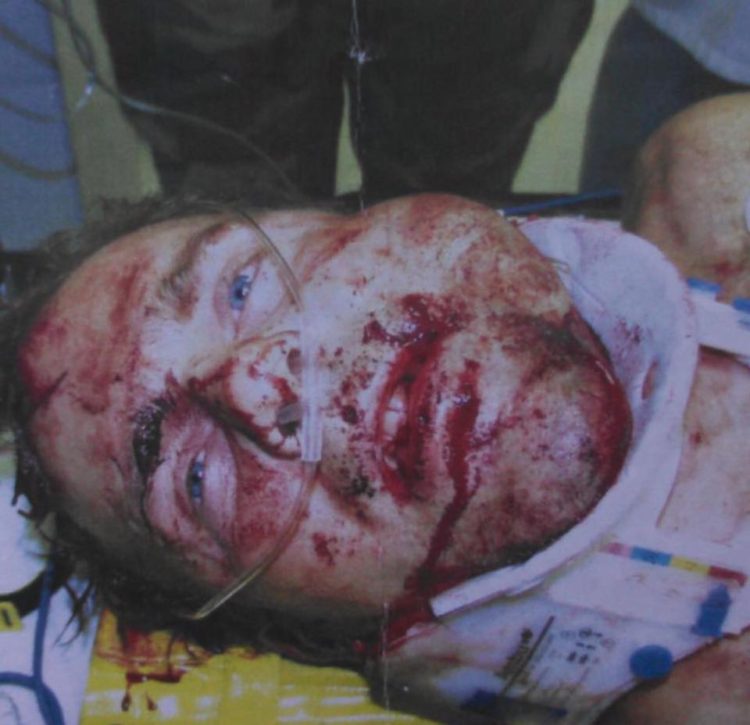 Retired SOF member Dutch Moyer stated these words: This is why I am thankful to walk the Earth. Mental toughness plays a huge role in my life and it cannot be discounted. In 2000 prepping for a real world mission a training segment went arwy. Mental and physical toughness allowed me to recover from the explosion that broke my neck, my jaw, and losing 6 teeth in the process. Of course my medical team that conducts proper training gave the best of care. In my career it was my goal to be in the worst possible places with the best possible people. That all came to fruition as I searched out excellence. 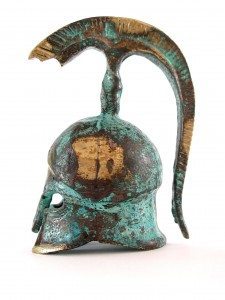 Things to think about: