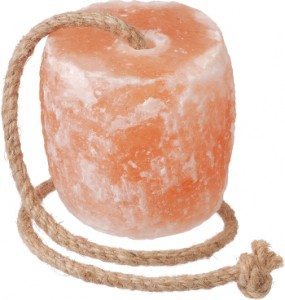 Salted beef, derisively labeled “salt horse” by the soldiers, was hardly fit for consumption. It was so heavily impregnated with salt that it had to be soaked overnight in a running stream. Even then, it was still often rusty from improper packing and gave off an incredible stench. Salt horse was so foul that upon occasion angry soldiers used it-as ammunition with which to pelt the commissary’s tent, or staged a mock burial and laid the putrid stuff to rest, complete with feigned military honors.

Our modern Army’s provisions has come a long way from the armies of yesterday. Most armies did not have the luxury of a cook and so they gathered in groups to prepare their food. The writer at Civil War Academy writes of the way Civil War soldiers found ways to enliven their dull diet of saltpork and hardtack by picking berries, nuts, herbs or trying to catch wild game. Mostly they ate the salted pork and hardtack. The pork was too salty and the hardtack biscuit was literally as hard as concrete. Fruits and vegetables were scarce. Many a soldier could become blind, have rotting jaws or cheeks and lose his teeth or life to Scurvy all because he didn’t have citrus as part of his diet. 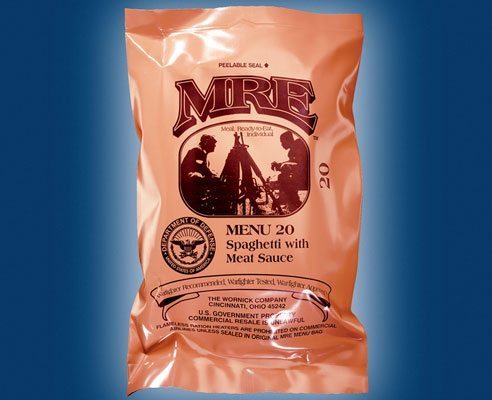 Depending on who was in charge, soldiers might help themselves to the enemy’s chickens, cattle, hogs and whatever else they could take, as this was considered the spoils of war. Soldiers in times of desperation resorted to eating their horses and mules. Many ate birds, snakes and rats as well. Pre-modern armies such as the Romans foraged for food as they established their garrisons in the lands they overtook .Huge store-houses for storing dry cereals was one method established for feeding the troops. These granaries may have housed corn and wheat but the vegetables Roman soldiers needed in their diets wasn’t shelf-stable. Meat wasn’t always in immediate supply and unless it was cured and salted, it didn’t last long.  Whether it was carrying milk or meat, any of these foods lacked a method of portability for the soldiers. France and England would experiment with ways to feed their troops too. Storing butter, lard and even peas in glass bottles and tins would eventually occur. A standard ration for colonial troops was in development in pre-America as well. By the time of the Civil War our armies could expect about 12 items to be issued during muster but these items still didn’t meet all of the necessary vitamins, calories, nutrition and portability requirements for a standard soldier in training or in battle. In America, around the 1930’s a more balanced meal was offered to troops in the form of a tin can. A stew that consisted of 12 vegetables and 9 meats mixed together proportionally was created. This meal was well-balanced, included all the necessary vitamins and minerals, and was named the combat ration. Bob Garwood recounts his POW tale of horror during the Vietnam war. Beaten nearly to death and desperate for food, Garwood and his fellow POWs snatched the pet cat from the Viet Cong guard and tried to drown it in a pot of water. They were beaten over the matter. A week later, short of food, the Viet Cong killed and ate the guard dog. 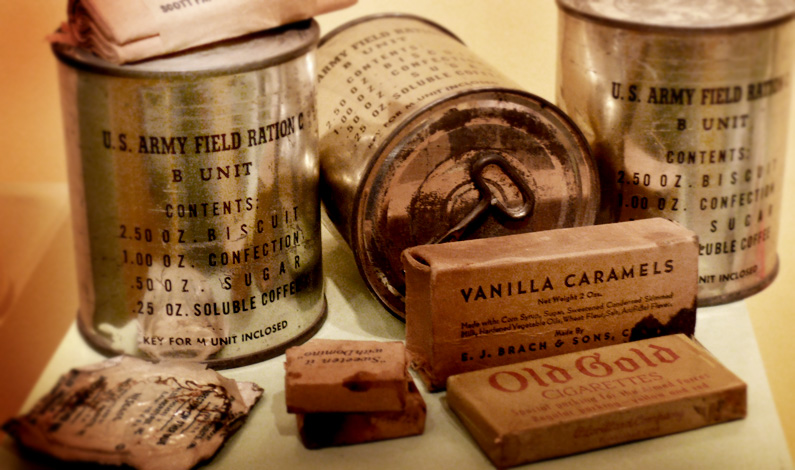 Today, we have MREs. MREs are the primary individual ration of the U.S. Armed Forces. In the early 1980s the MREs replaced the C-Rations.Clearly no troops experiences with MRE field rations can be as bad as what Garwood’s meal experiences were during Vietnam; his example is extreme but it’s not to say that MRE are agreeable to everyone who eats them. Many jokes have been made out of the acronyms from MREs: Meals, Ready-to-Eat:  “Meals, Rejected by Everyone,” “Meals, Refusing to Exit,” “Meals Rejected by Ethiopians,” and also “Three Lies in One: they aren’t meals, they aren’t ready, and they certainly aren’t edible.” I like them; I always have but some people simply cannot stand them. My family notes however that I will eat anything. Thank God and the DoD for Tabasco sauce. For some warfighters the MRE meals can definitely upset their stomach. Keep in mind this food has to be shelf-stable for up to three years, so the military had to find a way to mix technology and taste, and find a way to make it somewhat palatable. Yum…The Department of Defense will continue to improve the MRE to make it more acceptable to the warfighter. They were created in order to meet the logistical issues that come with having a modern army on the move. Feeding troops means food stores have to withstand rough handling, be light-weight enough to carry a bundle of them (imagine carrying tins) in your ruck), and they have to taste reasonably good. Portability is the key word here; troops have to be able to carry food that doesn’t add more weight to their backs. Some of the facts, from the Combat Feeding Directorate, behind MREs:

So, let’s get into some of the recipes to remedy the problem of having different palettes. These recipes come from the creative minds of hungry and unsatisfied warfighters longing for a good steak sandwich or mom’s home-made fried chicken. A really good booklet called, the Unofficial MRE Recipe Booklet, with illustrations by Mort Walker was published. We found a nice article about it from david.brubakers.us and the administrator posted pictures of the booklet. Thanks! Websites all over the internet have collections of MRE recipes to look at too. Warfighters in the field with some time on their hands have come up with pretty good results by experimenting. Good luck; if your meal sucks, find a way to improve it! 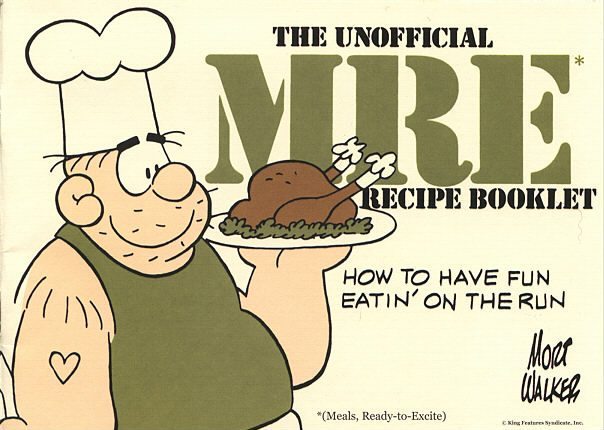