When I think about an EDC system, I think of a system that is simple and practical. The knife is probably the most common and obvious piece of gear in an EDC system. For me, the Tanto blade is the ruling knife design for most possible uses. There are so many other knife designs to choose from, but I think that the Tanto is the best design for general utility and defense. 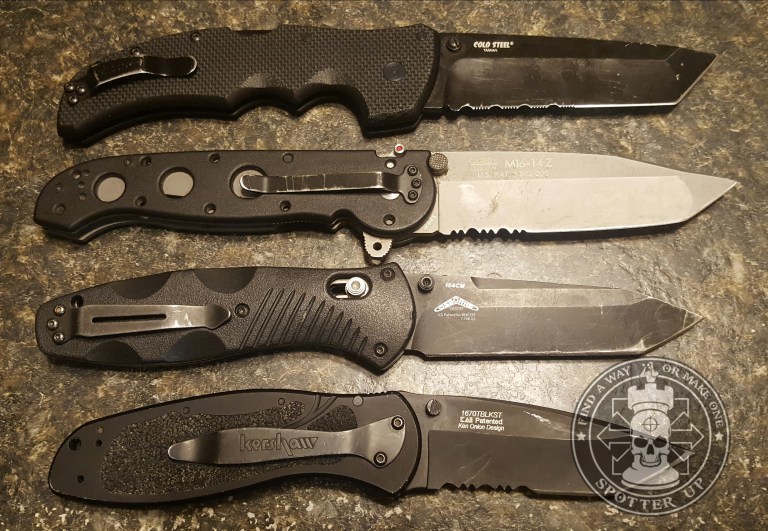 The Tanto was as a dagger commonly used by Japanese Samurai warriors. The dagger was either double or single edged and was between 6-12 inches long. It was designed specifically for penetrating armor but also acted as an effective slashing weapon as well. Today, the Tanto design has been resurrected and modernized for use in the tactical community. As you see above, the designs vary a bit, but the general concept of the modern Tanto is the same. Generally you will find them to have a straight edge following the thickest part of the spine, and then a direct turn to the edge. All the edges on the blade are straight with no significant curvature.

The modern Tanto is typically one sided and utilizes an angle no more than 45 degrees for the tip, which is supposed to give the blade a stabbing edge over other designs. This provides additional support for the tip of the blade by forming it into a triangle, which is the strongest shape. 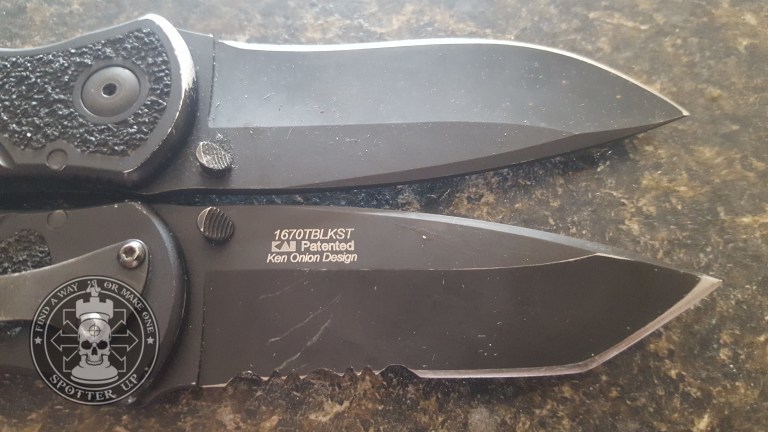 If you look at the knife tip, you will notice that it is very direct. The edge you get with the Tanto tip over the rounded tip is considerable when you are actually looking to pierce things like clothing and such without risking chipping the tip. 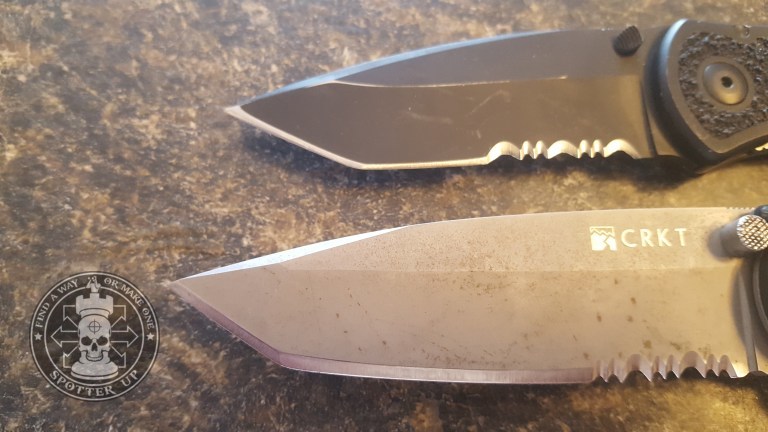 I personally think that the Tanto design offers alot to anyone who carries a knife, whether for utility usage or defense. The reason is the same as the reason the warriors preferred them back in the Samurai days. The knife is capable of cutting, and the point that the edge shifts 45 degrees acts alot like a big serration in the sense that it amplifies the cutting action. I personally find this area to be well made for cutting open boxes. With this amplified cutting power, it makes it excellent for slashing in a fight as well. Not to mention that I find the straight lines to be much easier to sharpen with a stone.

Basically, the Tanto does what it was designed to do better than other designs. Even though it was brought back under the tactical umbrella, I see this design as being among the best knife designs. It is easy to use, has great strength, and is also easy to maintain. In my experience, the Tanto design works very well for everyday usage and endures hard usage with grace. Of course, opinions and experiences are going to vary from person to person, but I think the Tanto blade is the best all around option for EDC. What are your thoughts? 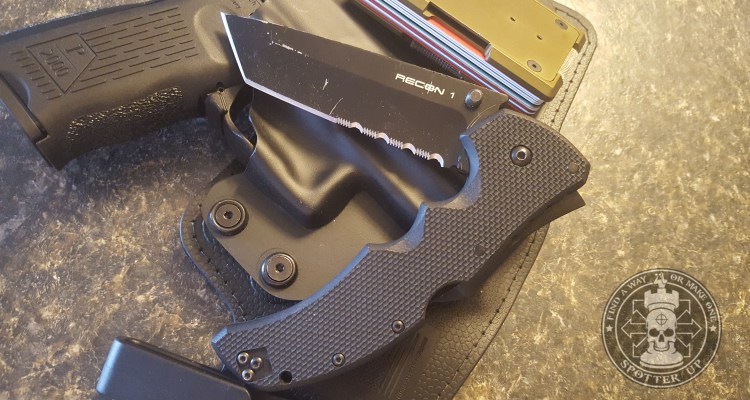