This isn’t meant to be a controversial post, on the contrary, it is meant to be just the opposite, but we will see how that works. Over the past few days I have made some observations on the firearms community and the social dynamics of its response to the Las Vegas shooting and the political aftermath. I am not privy to the details of the criminal investigation so I won’t comment directly on that, but I do, like many of you, have a ringside seat for the reactions of all the gun folks who claim to be staunch Second Amendment supporters and what I am seeing compels me to make these few remarks:

Most experts, (and the self-proclaimed experts too), agree that full automatic fire in an armed citizen role under current and reasonably foreseeable societal conditions in the U.S. (minus a total grid down situation), is “impractical,” “a legal liability,” and usually they throw in “it’s a waste of ammo.” While I have no argument with those sentiments from a standpoint of a typical defensive firearms use, practicality and legal liability aren’t mentioned anywhere in the Constitution as a prerequisite for exercising our rights. 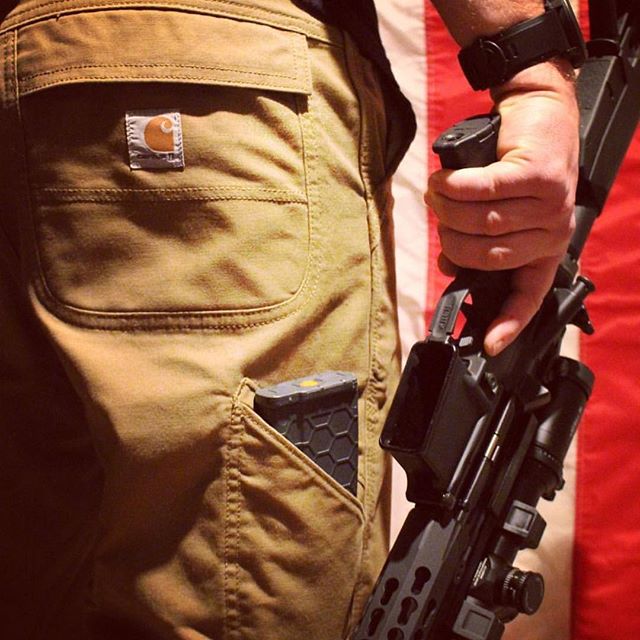 Most of these same people also tend to agree that the National Firearms Act, the Hughes Amendment of the Firearms Owners Protection Act, and other such laws represent infringements on the Second Amendment.

So when someone shows up at the range with a pre-May ’86 machine gun these same folks all gather around to “ooh” and “aaah” despite full automatic fire being so “impractical” and such a “waste of ammo.” So it basically amounts to ogling a VERY expensive range toy. Which is cool with me, by the way. If that is how you want to invest your hard-earned cash, knock yourself out man, more power to ya’. 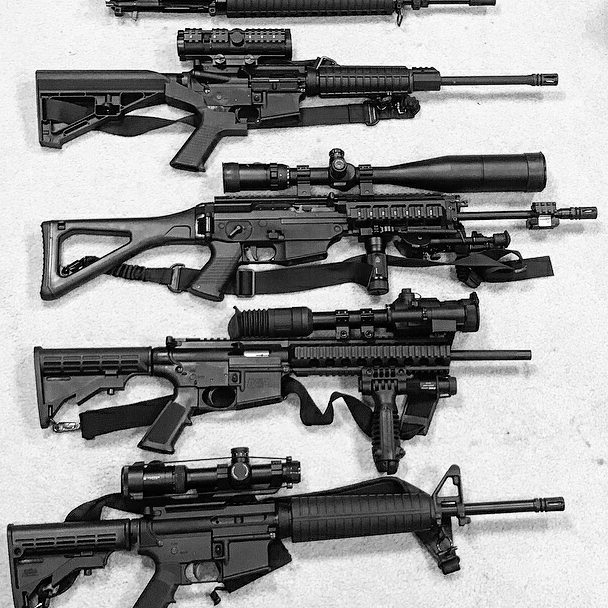 Let’s contrast this now with someone who doesn’t want to, or can’t afford to invest so significantly in such expensive toys, but still wants to rock and roll. They show up to the range with a binary trigger or bump fire stock that with minimal practice will do almost the same thing as real full auto. Be honest, I’ve fired my fair share of machine guns… they will. Immediately the snobbery and scorn begin: “Derp,” “Mall ninja,” “Tactard…” based on what? …the opinion that someone’s range toy is “impractical,” and “a waste of ammo?” Or is it just because it didn’t cost $50K and a tax stamp? Does anyone else see the problem here? the logical fallacy? 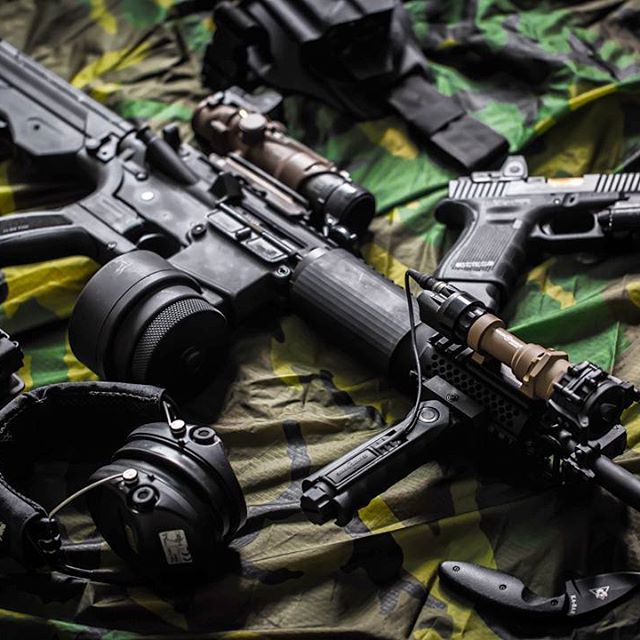 This nonsensical attitude of disdain that erupts at the shooting range because “he’s got something I just think is dumb” isn’t helpful to us, but the division it creates in the shooting community is a great boon to our political enemies. This is really no different than the garden variety range fudds giving AR guys crap or the 1911 vs. Glock arguments that people get so emotionally invested in or hot range vs. cold range, military vs. civilian. This is the scoffing at someone who shows up to the range with a chest rig or 5-11’s. Should we also go apoplectic when cowboy action shooters show up in period dress? Should we freak out to the same extent when the muzzleloader guys show up in buckskins? 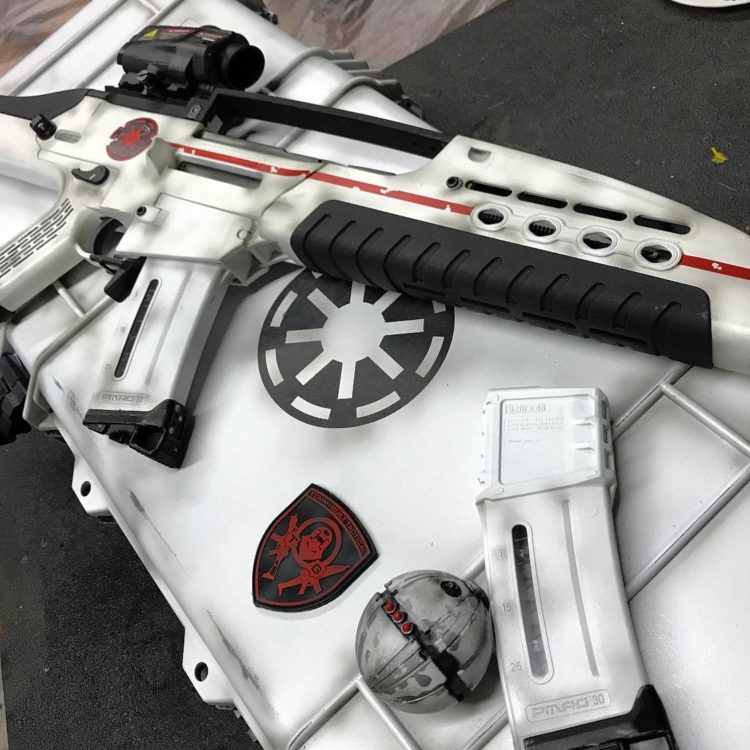 I would also like to point out there is a symbolic aspect, a philosophical motivation behind all of these marginally legal items and accessories like bump-fire stocks, “Sig braces,” binary triggers, Tannerite, Mossberg Shockwave shotguns, Flame throwers, can cannons… All of them signify an erect middle finger defiantly raised to the bureaucrats striving to subjugate the Second Amendment under mounds of paperwork and red tape. It points out the hypocrisy of laws that do nothing to stop criminals, but are used to disarm and harass otherwise law-abiding citizens.

Meanwhile, the shooting community needs to get our egos in check and our noses back in place. Anyone that doesn’t see the DIRECT line between that bump fire stock and their Glock 19 is just contributing to the cause of us all losing what we have. If we are serious about keeping the shooting sports and the Second Amendment culture alive in this country, we need to start being more tolerant of other forms of shooting expression. As long as it is done safely and responsibly, does it really matter whether or not you personally like it or approve? When did we become such an emotionally fragile breed?

First they came for the bump-fire stocks, and I said nothing because I fancy myself an enlightened being who doesn’t waste ammo (Dude, is that a pallet of Wolf in your basement?)

Next they came for the suppressors, and I said nothing because I like shooting AR pistols with obnoxiously loud muzzle brakes.

You know how the rest of that story goes…

One last remark with regard to conspiracy theories. We don’t know what happened in that hotel room and it’s possible we never will hear the whole truth for various and sundry reasons. Everyone with half a brain, however, should be able to see some of the information we are being fed doesn’t add up. Every time someone suggests foul play, immediately they get shouted down by cries of “truther,” “conspiracy theorist,” etc… sadly, some of those cries are coming from our side. If you want to believe this was just one guy who suddenly and inexplicably decided to carry out a massacre, sure… and Benghazi was over a YouTube video, WTC 7 collapsed due to a sudden gust of gravity, NSA isn’t capturing all of your electronic communications, and the ATF never allowed guns to fall into the hands of cartels. I’m not saying there is a vast governmental conspiracy, the government isn’t that organized or efficient, but there doesn’t need to be. It’s called “insider threat,” and it is a huge issue. You don’t think, as vast as our government is, we don’t have a few bad apples taking advantage of the pace and confusion of our ponderously large political system? Having a questioning attitude, especially when it pertains to events that are the stimulus for legal and administrative changes profoundly affecting our liberties, isn’t being a “conspiracy theorist,” it’s an obligation. This also is being used to divide us and divided, we can not offer effective resistance, politically or otherwise, to the folks trying to stomp our rights.

Enjoy this video from Polenar Tactical