That one officer that you trusted

I was raised in the police life by a few old schoolers, who taught me that police life isn’t for everybody. That this is not just a job, a 9 to 5 or just because I didn’t have anything else to do and I needed a job until something else came available. Few are born with the instinct, character and personality of an officer, some are following in their parents footsteps or grew into being a good officer, the rest just look the part but are worthless “as a velvet painting of a whale and dolphin getting it on” (to my Talladega Nights fans).

The guys that raised me in this life gave me the business; they let me know that I had an additional family that depends on me every day to have their back through the good and especially that bad. At first with all the yelling all, of all the curse words, name calling, pointing out every mistake I made, all the rookie jokes and extra paperwork, I felt I had something to prove. As time went by I learned that TRUST is the best thing that you can have among officers, without it there follows hesitation, second guessing and a lack of cohesion.

We’ve all experienced it in one way or another; the expectation of another officer having your back; you’ve TRUSTED that they ‘got your six’, and then reality shows her sexy freaking face.

I pulled over a vehicle for ‘of course’ a legal reason and as I got closer I picked up on all the signs of, ‘something ain’t right.’ The occupants did a lot of extra moving and leaning forward. As I got to the rear quarter panel I smelled that fresh odor of orange air freshener. Of course this wasn’t my first rodeo so the first thing I do is to go ahead and do a little talking until backup arrives so that I can get to work.

My back up arrives and it’s the one officer that I thought I could trust but heard from all the officers that ‘he’s not that guy’. I was told that I would discover that out on my own. After getting consent to search the vehicle I had my back-up officer stand with the driver and passenger at the rear of the vehicle. As I searched the vehicle and got under the seat where I smelled the odor of marijuana, another person walked up and leaned in and asked if I found anything. 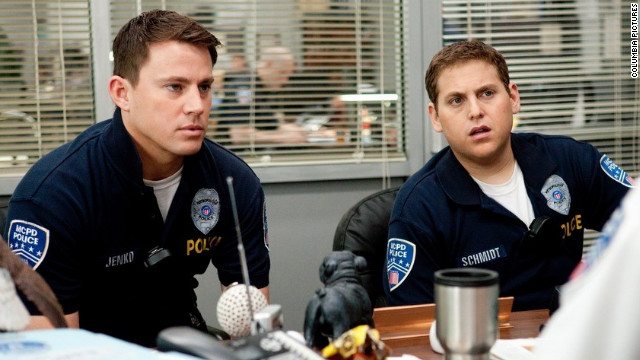 Just as I began to answer the person speaking I noticed that he wore a pair of Nike Jordans, and not Nike police boots. WTF! I got up and instructed the driver, as nicely as possible, to return back behind the vehicle. I went to my cruiser and wrote the driver a citation for the violation. After they pulled off I gave my very trusted back-up officer a very good cussing out and told him never to make my scene again.

For the new officers or even the seasoned vets, don’t be that guy. All we have is us and no one else at that time. Make a promise to yourself that you will not be the cause of an officer losing his life because of your stupidity, fear of doing your job or lack of common sense. If you can’t do these simple things, get out! You are not helping to solve the problem you are the problem.