Kneepads are a contentious issue among soldiers. Some couldn’t live without them, others utterly despise them. For years, the British Army didn’t issue any – they’re now a part of the Virtus system, and Blackhawk kneepads (in US Foliage Green, strangely) were purchased as a Urgent Operational Requirement (UOR) for Herrick. 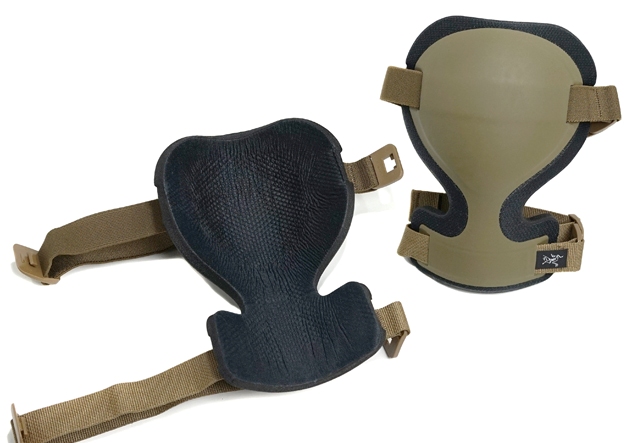 A previous, rather woefully inadequate  Disruptive Pattern Material (DPM) version with no hard pad also existed. Part of the reason for the rise of the kneepad is the contemporary operating environment becoming increasingly focused on Fighting in Built Up Areas (FIBUA) – taking a knee in the soft, squidgy grasses of Brecon is a fairly pleasant proposition, doing so on the gravel-strewn concrete of Copehill Down is another matter.

In real-life terms, when you start factoring in barbed wire, broken glass, and even such nasties as expended heroin needles, the importance of protecting your vulnerable joints increases substantially. The weight we carry has also increased significantly. Although the jury is out on whether kneepads alleviate Musculoskeletal (MSKs), giving your knees a fighting chance and at least alleviating the pressure running through them with a bit of padding can’t be a bad thing. 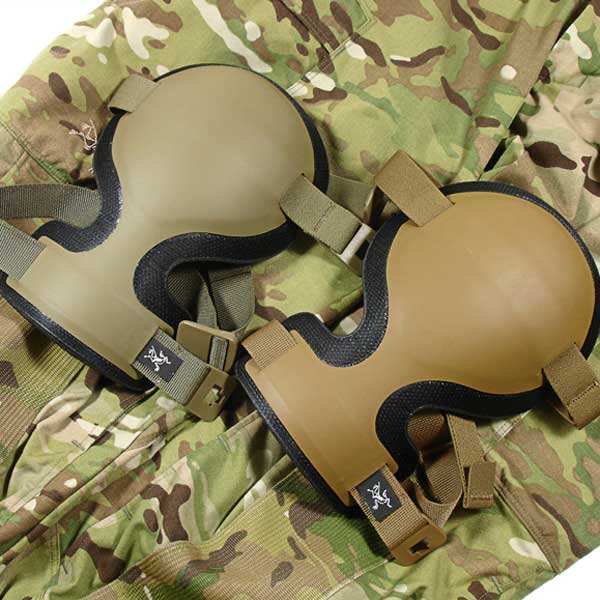 So, with that in mind, what’s so bad about kneepads? A few common problems tend to plague most kneepads on the market today, and for some, they’re complete deal breakers. To alleviate these, most wear only one kneepad, on their right knee where most of the strain will go through. All of us who use kneepads regularly will probably have encountered a few of these in our careers:

So how do you solve these problems? One option would be trousers with in-built kneepads, à la Crye Combat Pants, but that’s not necessarily a solution for all of us, particularly if we’re restricted to issued clothing or don’t want to spend £200 ($225.00) for a pair of trousers. 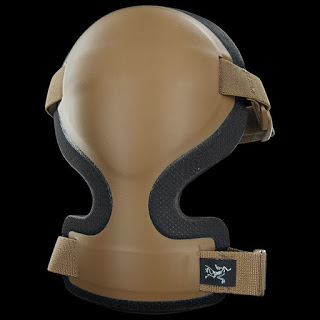 Enter the Arc’Teryx Knee Cap.
Arc’Teryx have been in the ultra-high-end kit business for years, both in the civilian and military markets, and have established a reputation for durability, functionality, and *allyness. Granted, all that good stuff doesn’t come cheap – do I really want to be dropping £40+ on a set of kneepads, I hear you asking. However, good quality has to come at a price, and the Knee Cap is an excellent product which solves most, if not all, the common problems associated with kneepads. Originally designed for the civilian market, it came into being as a kneepad for extreme mountain bikers, which required it to be durable, minimalistic, and comfortable under the repetitive flex of pedalling.
The Knee Cap is a minimalistic piece of kit, with some pretty spartan padding and a hard outer shell. It’s held in place by two thin straps, an inch or so wide. The top one is elasticated, but the bottom one isn’t. By all criteria it shouldn’t work, but actually it does. Brilliantly. It’s ergonomically shaped, and, most crucially, it narrows to almost nothing in the middle, which means that unlike any other kneepad on the market, the Knee Cap flexes in the middle when you take a knee. This keeps it moulded to your knee no matter what flex the joint takes. 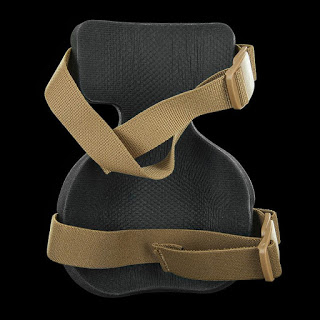 Does it move about? Short answer, no. Even during some pretty intense leopard crawling the Knee Cap stayed in place. Because it’s ergonomically shaped, it doesn’t sit awkwardly on the tip of your knee when you bend your leg at a 90° angle, but follows the lines of your shin and thigh. This alleviates the frustration inherent in constantly pulling your kneepad back into position.
Does it dig in? Weirdly, no. You’d think that the narrower straps would cut into the back of your knee, but for some reason they sit just right. It may have to do with the shape of the Knee Cap, but whatever the reason, it’s pleasant to wear.
Does your Knee Sweat? To an extent – you’re still dealing with a piece of foam rubber strapped over your skin, so it’s not going to be breathable. However, because it’s far lighter than most kneepads (and every gram counts!), the discomfort is minimal.
Does it Flex? ‘Nuff said! It’s the main selling point here.
I wore the Arc’Teryx Knee Cap pretty much continuously on a fairly intense three day ex with minimal hassle, and it was barely scratched after a pretty nails scramble over several dozen metres of gravel. The Knee Cap is made in Canada, which is a welcome change and should invite more stringent quality control.
Overall, it’s an excellent piece of kit which does exactly what it’s supposed to do, rather than what you wish it would. Do you want to spend £40 ($45.00) on a pair of knee pads? Well, that’s up to you. But if you want the absolute top of the line in field joint protection, then the Arc’Teryx Knee Cap is the piece of kit for you. 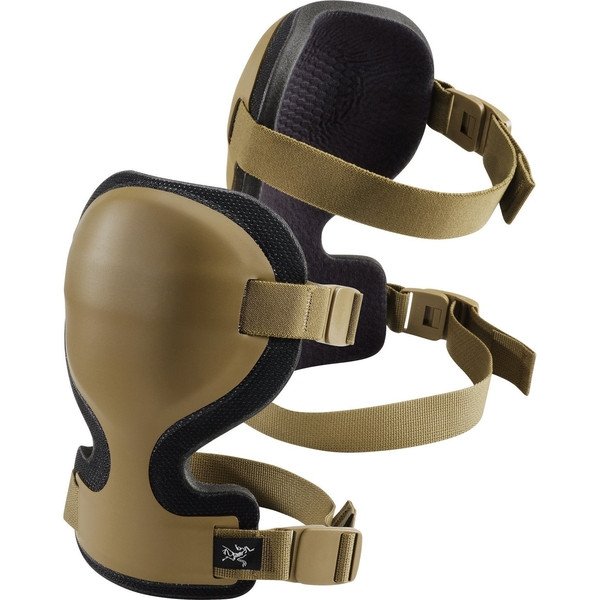 This review was written by Tommaso Lagana and appeared originally on our friend’s site Kit Pest. He is not bound by any written, verbal, or implied contract to give this product a good review. All opinions are his own and are based off his personal experience with the product.