If you were able to travel through time and speak to soldiers of different era there are many topics you could choose to discuss. Great leaders and desperate battles would be one the list. “I was there with Caesar at Alesia. We were the besiegers and the besieged.” “I was there with Washington at Valley Forge. The misery was unbelievable, but emerged an army.” At some point the conversation would inevitably go something like this : “You would not believe the carp we had to eat! The navy didn’t make it with our supplies for weeks, and we were eating soggy rice soup and picking the maggots out!” or “You know the strange thing abut cows? They’re suicidal. One walked in front of my position in Italy once. Poor bugger. Mistook him for a Jerry. Couldn’t waste the meat now could we?” 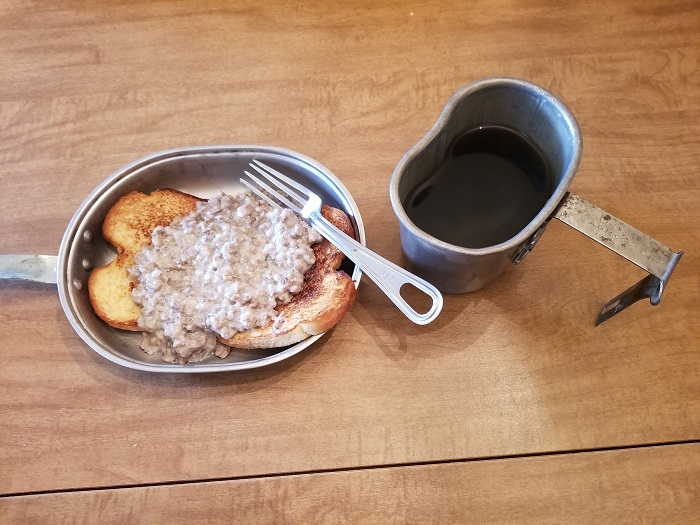 An often overlooked aspect of military history is the cuisine. Loved or reviled, one thing you can count on all soldiers talking about is the chow, the scoff, or whatever the Gulaschkanone is firing from its murky and questionable barrel of late. As such, every month Spotter Up is going to bring you a recipe or two from different countries and eras detailing some of the most definitive aspects of military comestibles throughout time. You might not be able to talk to men in Patton’s  Rommel’s,  Caesar’s,  Napoleon’s, Ragnar’s,  Lee’s,  or Grant’s armies, but we’ll make sure you get a chance to eat like one. 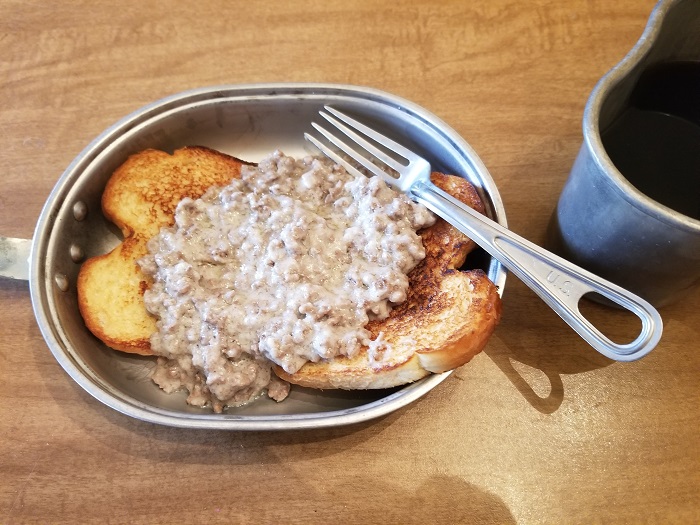 This was once a staple of U.S. Army mess halls everywhere. This recipe came from the airfield at Finthen, Germany when my father was stationed there in the mid 1960s. This is the way my mother learned to make it for him, and it was one of the few things from the mess hall he liked other than cheeseburgers. Ironic, isn’t it that the army had fewer weight problems back then, but loaded you up three times a day with carbs and fat? It certainly makes you think.

Cook the hamburger in a skillet or pan. After the beef is cooked, remove it, but leave the drippings behind. Slowly mix in the three spoons of flour. Cook the flour in the drippings until it is done (four to five minutes) stirring it continuously over medium heat. Slowly add the milk and water (you can pre-mix the two together) again, stirring the mixture to maintain consistency. This will take about another five minutes. Cook it a bit longer if you want it thicker. Alternatively, you can also add a bit more  flour in the second step for a bit more thickness. You can think it out with the water/milk mixture if you get it too thick. Put the beef back in once the gravy is finished. Cook for a minute or two until it’s all hot. Serve toast, bread or biscuits. If you don’t like white gravy, add freshly brewed coffee from the coffee pot for color. Some also find they like the slightly richer flavor the coffee gives it.

This recipe is so simple, a Cat 4 can’t screw it up.