At a high level planning translates your vision into actions that will enhance your safety and security and enable you to solve problems and prepare for emergencies that may threaten or challenge you.

When you plan you will make deliberate decisions largely based on information you gather and analyze, your capabilities, and the resources you have at your disposal.

Planning for emergencies, rather than making it up as you go along, will reduce the risks to you, your family, and your property. An emergency plan increases the likelihood you will be prepared, have a credible response, and be able to recover quickly after the situation has stabilized.

Using a planning process to develop your plans will reduce uncertainty and create a baseline plan that you can adjust as the situation changes. 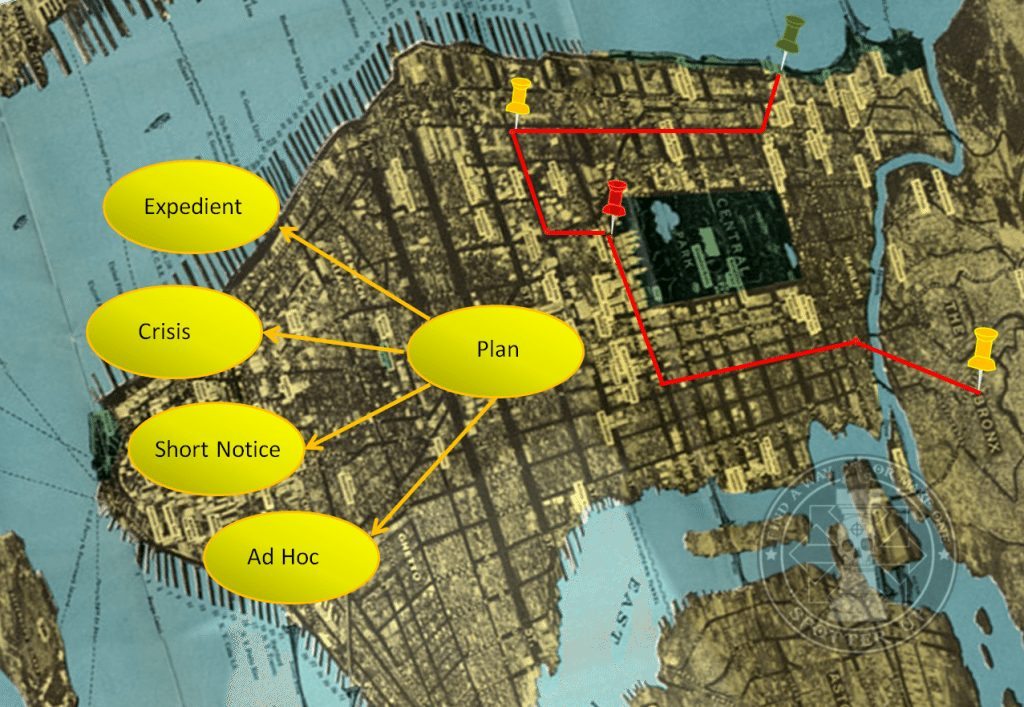 During the planning process you will think about the potential problems, challenges, and threats you may face.

Understanding the potential problem is the first step to solving that problem. In order to understand the problem you break it down into its parts, identify the major players and acknowledge their most likely and most dangerous capabilities and tendencies and how they relate to you.

Some say planning is a waste of time. Rather than spending their time thinking about what could happen and how to respond they would prefer to take their chances. People with that mindset justify their position by looking at history.

Military history is full of examples where the plan was thrown out the window about the time the first shot was fired.

Commenting on this subject General Eisenhower, Supreme Allied Commander in Europe during WWII, the planner of the Normandy Invasion and 34th President of the United States, said: “In preparing for battle I have always found that plans are useless, but planning is indispensable.”

In my opinion, although you may spend time planning for events that never happen, the act of planning actually helps you to prepare for the situations you thought would never happen.

I don’t know about you, but I would rather spend some time thinking about and preparing for the possibilities rather than relying on fate and luck.

I’m not saying that you should be obsessive, compulsive and worry about the sky falling, but I am talking about taking prudent and deliberate measures to confront obstacles, challenges, and threats in your path and either finding a way or making a way around or through them whichever is appropriate for the situation you are facing.

Stay tuned to Spotter Up, the Chessmen will provide the best gauge on weapons, gear, apparel, training and instruction, and tactics, techniques, principles.

Together we’ll develop the capabilities, skills, and know-how to find a way or make a way through challenging and threatening situations.