Skip to the last sentence if you need a summary. I recently came across an article on the Jiu Jitsu Times publication called “3 reasons why Law Enforcement should learn Jiu Jitsu” and it is hard to really quantify the amount of disappointment I felt with the article. While I love the Brazilian Jiu-Jitsu community and learned so much from them I do find myself at times displeased with them and their judgment of how training for Law Enforcement (LE) or Military (MIL) should occur while in the same breath using the terms like “unarmed combat,” “hand to hand combat,” or the worst of all “self-defense.” All of this is usually followed with a large number of opinionated outburst on what should be required training. I know the community means well but it is terribly ignorant to issues surrounding institutional training. It doesn’t matter if you’re the UFC Champion no one is more qualified to create MIL/LE programs than the men and women in those units and departments.

I’ll be the first to admit that there are plenty of guys in LE and MIL environments who truly believe that being issued equipment somehow through telepathic ability they were also given the skills to use that equipment. It’s an undeniable truth even at the highest levels humans are more important than hardware. I’ll also admit civilians are good at things. There is a reason why guys like Rob Leatham get hired by Delta Force. Civilians have real skills in specialized areas and we can so much from those guys. However, what we have to admit to ourselves as a country is that some people join LE or MIL just as a means to make a living. Unlike commercial training there are many reasons to become a LE or MIL.

Why are people still learning how to fight with light-sabers? Is there a plan to suppress the Sith we don’t know about? Of course not. They walk into a light-saber fight school because they want to learn light-saber fighting. Everyone who walks into a Jiu Jitsu school is doing it because they want to learn Jiu Jitsu. For that reason alone, the BJJ community isn’t going to produce better Cops or Soldiers; just guys that are better at BJJ. Full disclosure; please don’t take that as me giving them an excuse to avoid stepping on the mats on their own time. You do have A LOT to teach them. 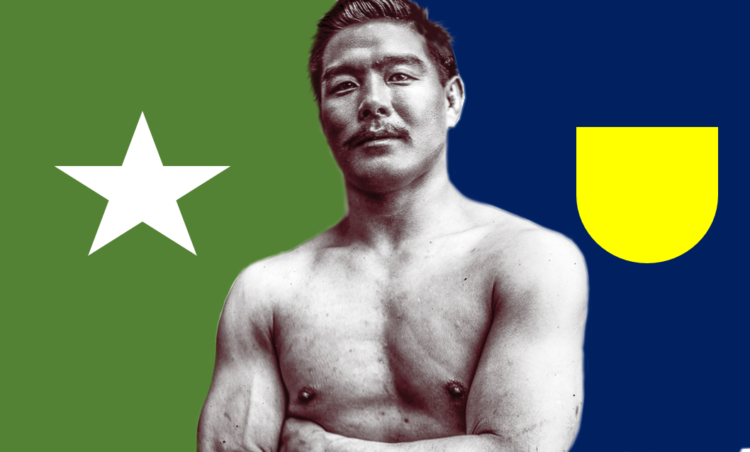 Here’s something the general population in America may or may not know about. Two of the biggest obstacles to training in LE are the Police Unions and Workman’s Compensation. One of these guys who is simply in it for the check gets hurt in a “required BJJ block of instruction” then guess what happens? That’s right your tax dollars are paying that person a salary for the rest of their lives with benefits for a job they are not doing.

What about the ones who can’t meet the “requirements” of competency or fitness you ask? Well that guy is just going to go to his union rep to sue the department for some type of discrimination and that’s right; you foot the bill for that too.

From the stand point of the military from almost 1000 post action interviews the data proved that every fight was a grappling match and for cops unless some new technology appears where people arrest themselves you’re going to have to go hands on. Whether you’re doing Jiu-Jitsu or learning from the local high school wrestling coach (probably the toughest guy in your town) let’s get down to 3 REAL reasons why LE or MIL should train:

The word warrior gets thrown around a lot to the point of becoming nothing but a message of platitudes; so what does that actually mean to be a warrior?

The strict definition comes down to literally being engaged in warfare. Your lifestyle; not just your job is one of constant antagonism. 90% of the guys I’ve seen in the C4 Combatives program or as an affiliate instructor in other programs are generally guys who don’t exactly need training. Those guys are models for their department or units. They’re fit, they can fight, and they can shoot. It’s mostly just them looking for ways to get better. It goes without saying that bad guys look for soft targets. Take a second and poke yourself in the mid-section for a bit. How’s that feel? However it feels to you, I’m sure it also looks that way too. Now the question then becomes are you intimidating the intimidators or making them feel confident they can win?

People throw around pseudo legal terms all the time. None make me cringe like “excessive force.” People use those words without understanding any of the legal factors or standards that come with use of force for LE/MIL. It’s not just bad enough that you have mobs of people who don’t exactly understand the legal system but you also have a judicial system that could 6 months to judge something to took 6 seconds. We all see how they get; the longer the mob waits the more their blood lust grows. The media we know are all shameless scumbags. They will not only release your information but put up pictures of your family, hell if they could drop a google map pin on your home while reporting live they will. What does this do to your personal safety and to the safety of the ones that count on you because your only plan was glock-fu?

If a 15-year-old grabs at your gun there is no Rule of Engagement in the world that says you can’t shoot him but think of the headlines, that D.A. with political ambitions, the mobs, etc. These days it’s socially acceptable to threaten and assault uniformed service members while being totally unacceptable to shoot people despite what your ROE says. When it comes to scapegoating the group is ALWAYS right even when they’re wrong. You have to learn how to use other tools especially your hands.

That’s just what happens if things go well for you in the fight. Things go south and the media is publishing your obituary. Training is going to give you options for escalation as well as de-escalation. No one ever rises to the occasion. You need to train on your anticipated tactical situations to the point where it’s no longer conscious thought.

When I was stationed at FOB Salerno in 2005-2006 it was exclusively protected by American Forces. It earned the nickname of “Rocket City.” Fast forward to 2007-2008 at LSA Adder in Iraq, the security was provided by Ugandan contractors. Hardly ever attacked by comparison to Salerno. Why? There is no propaganda value in killing Ugandans. Just like there is no propaganda value in gang members committing acts of violence in their communities. The opposition conducts attacks or holds rallies specifically for the sake of the propaganda value. All the good guys keep thinking about the hill in terms of defeating the bad guys but in reality it’s public perception and opinion that is also part of the hill that needs to be taken.

#1 It’s cheaper to bury you

Think back to your days at the academy or at basic training. What happened every time you completed a portion of your training? That’s right. The block was checked. Your training was designed so that not only you could get through it but the kid in your class that ate glue, remember him? Yeah that guy made it to graduation day too.

All training within the institutional setting is terminating training. It’s made to be an event that has to be overcome so once the training is completed (on very perishable skills) it hardly ever or never revisited again. All the warrior cultures of the old times that we try to measure up to for whatever reason (Samurai, Spartans, etc.) all shared one thing in common. They lived a lifestyle or had a culture of training. Training is not an event it’s a constant process but the institutional setting has that exactly backwards and because they no longer have the liability since the block was checked the interest to provide (expensive) training is minimal to say the least. That in mind when 6 months or 6 years down the line when it comes time for you to call on those skills it will be as if you never had the training in the first place. However, in all the days that led up to that day, the day that chooses you. All the decisions you made up to that point dictate if you are going to live or if you’re going to die. The command cares enough to ensure that whole time you were paying into your life insurance at least because your unit or department doesn’t have the funding to provide regular training to actually make you competent in varied skill sets.

Ultimately everyone (the good guys) wants the same things. Bad guys put away or put in the ground with the good guys coming home at the end of shift. None of this is new information to you guys that are actually putting in the work and most of the reason I wrote this was to inform the public as oppose to the MIL/LE guys. To be fair there is nothing wrong with civilians questioning the training they pay for. There probably isn’t enough of that going around. I recently came across an LEO who told me his department sent him to a two week school to learn how to put in car seats… yeah… car seats…

I could go on and on further building a case on why you should train but what you do on your off time is your business. I will end this with one simple truth.

If you don’t train on your own time and on your own dime the bad guys will kill you or someone who counts on you. If not sanitation might be hiring… 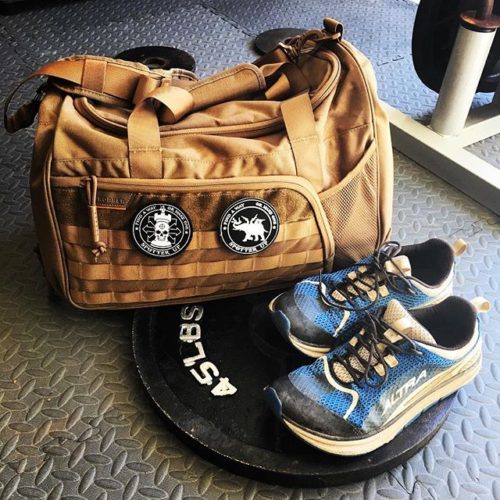