B.L.U.F.  This was an excellent course and I plan on taking it again.

Weather: It was freezing cold and it absolutely sucked on TD1, but was bearable on TD2.

Students: There were 16 motivated and skilled students.

Gear: I shot a Gl9 Gen4, with an RMR Type-1 and a trigger put together by Robb Jensen using some trigger internals from a Taran Tactical trigger kit. I shot from appendix with a Spencer Keepers holster that I picked up at F3 Tactical located in Chantilly, VA.

My background: I spent 15 years in Special Forces, Master class shooter in USPSA Production Division and Director of Training at Green-Ops. https://www.green-ops.com/instructors-

I’ve been considering the Red Dot for sometime now and have been talking to Scott about it for a while.  A few months ago, I had the opportunity to spend some one-on-one range time with Scott and afterwards decided that I needed to take his 2-day class.

Scott’s Assistant Instructor was none other than my good friend and retired Army Ranger, Jose Gordon.

Interesting enough, besides Scott and Jose, there were several students who were also guests on Primary & Secondary’s Modcasts. 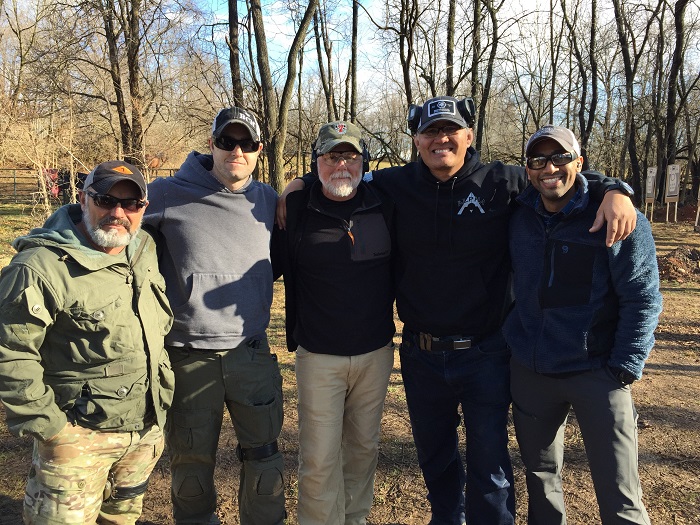 We started with the usual administrative paperwork/briefs (waivers, med brief, range/firearms safety, etc…) and rolled right into instructor and student introductions. Scott gave an overview of what we would go over in class and how he would run the line. He had everyone grab a partner and we then broke into 2 relays. Scott likes everyone to have a shooting partner so that the person not shooting can learn from the person shooting.  He also reiterated that the partner is not an assistant instructor, but it would be okay for them to remind or repeat his instructions.

First thing we went over was the pistol zero.  Scott likes the 10 yard zero and explained why. He also went over three good reasons to have backup sights and why you shouldn’t try to co-witness your dot to your irons.  Throughout the course we shot at different distances, giving everyone the opportunity to see where they were hitting with their zero.

Next Scott discussed the different optics available, dot sizes, reticles and some really good tips based on his experiences and opinions. Some of these issues, I had learned the hard way and wished I had taken Scott’s class a long time ago, as it would have saved me some time and money.

Scott gave a really good explanation about body mechanics and how they relate to shooting along with some demonstrations.  Some interesting things discussed were; using structure not strength, how important the pinky finger in getting a good grip, locked arms vs. bent, push vs. lift, proprioceptive index and strength vs. leverage.

Each drill had a focus and objective. After we would shoot a drill, Scott would get feedback asking each student what they saw or learned from the drill. We typically would start shooting a drill as a group, but then Scott would come by one person at a time and have us shoot for individual times. This was also a good way to build stress as everyone was watching as you were shooting for time.

Another thing I really liked was Scott’s ability to diagnose his students.  He notices the smallest details that many would consider insignificant, but when applied, there are noticeable improvements. 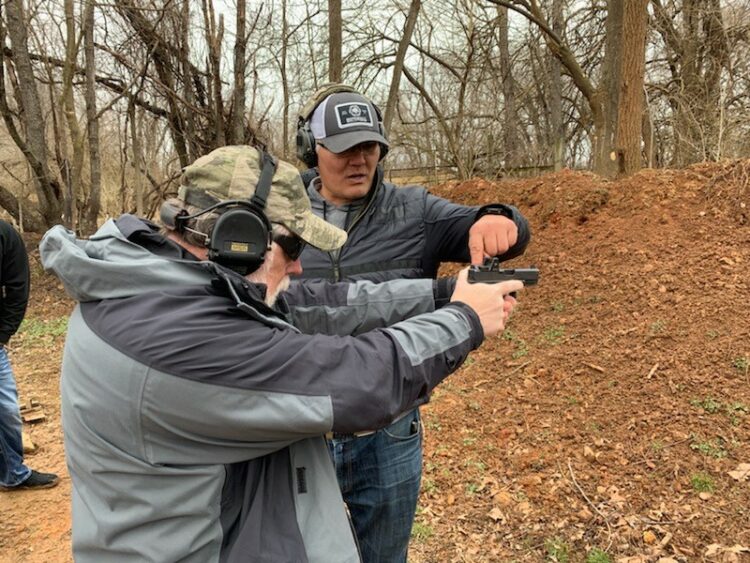 This was the first course that I shot exclusively carrying AIWB because I knew Appendix carry would be covered. I have carried AIWB before, but the majority of my students still carry strong side so I don’t get a lot of practice from AIWB and was looking forward to the opportunity. For me, one of the biggest things I picked up was the method for drawing from surrender and positioning of the firearm.

Of course a big part of the draw is being smooth. Scott quoted Jose, “Slow is smooth, smooth is fast, and speed is the economy of motion”.  I had heard this mantra many years ago while going through SFARTAETC at Fort Bragg as this applied to not only firearms, but also the way we did CQB too.

Another big take away for me was the different sight pictures recommended at different distances. This really helped decrease my overall draw times and helped my confidence with the red-dot.

Throughout the 2-days, Scott insisted and encouraged students to try different and experiment using different techniques. Self-discovery was stressed along with awareness of what happened each time the trigger was squeezed.

Scott told students not to get frustrated with shooting errors and to not discount “misses” or errors as just simple failures. We need to analyze and discover why, so we can learn from through diagnosis. We are not rewarding misses but learning from them.

I’m a huge fan of Steve Anderson and it was refreshing to hear Scott talk about different shooting modes and how to train.  We both recommend Steve’s books, especially “Refinement & Repetition”

When shooting one handed Scott talked about 3 different techniques of thumb placement.  Something that I thought would be insignificant, but when practicing each technique, the differences were considerable.

At the end we shot a mini competition stage or as someone referred to it as a “hypercritical dynamic situational exercise”. Scott did a final debrief, getting feedback from every student. He is able to explain things kinesthetically, identify shooting errors and diagnose issues. Scott’s final words were to take what we learned and share it.

Overall I enjoyed Scott’s teaching style and it reminded more of a Brazilian Jiu-Jitsu seminar. He also stressed that this was not a tactical class, but from my point of view the skills learned will make you a better tactical shooter.

Cons. TD1 was terribly cold and we ended a little early due to temperatures dropping even more. The range was extremely muddy on both days due to melting snow and overnight rain on TD2.  We didn’t get around to the Black-Belt standards test, but this was due to the cold weather from the previous day, as we had to make up for lost time. No one objected or complained because it was getting late and every one of us was pretty much smoked. Scott made the right call based on the overall condition of the students. Not many instructors have the ability to judge their students level of fatigue, but I thought Scott did a good job. 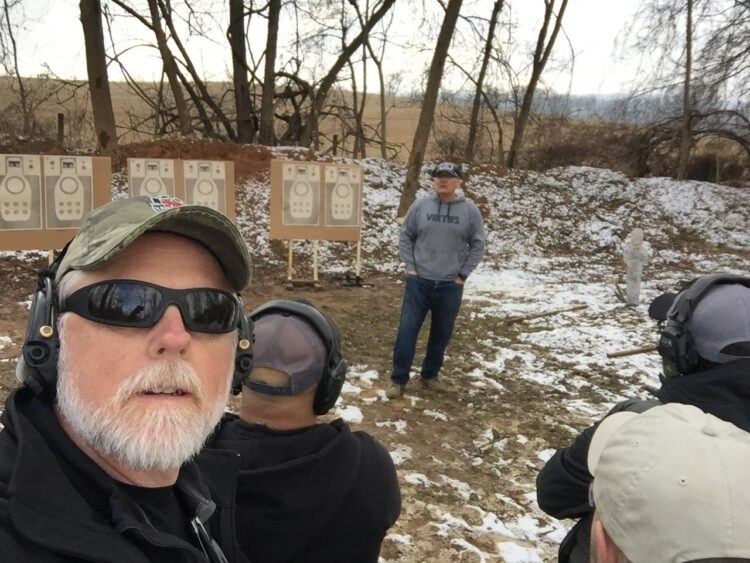 I’m a big fan of training with folks of high skill level, because it tells me they put in the work and have gone the self-discovery process themselves. Anyone shooting at a USPSA Master class level has definitely put in the work. Scott’s background in Martial Arts and Competitive Shooting definitely made this a worthwhile class and I plan on taking it again (hopefully in better weather).