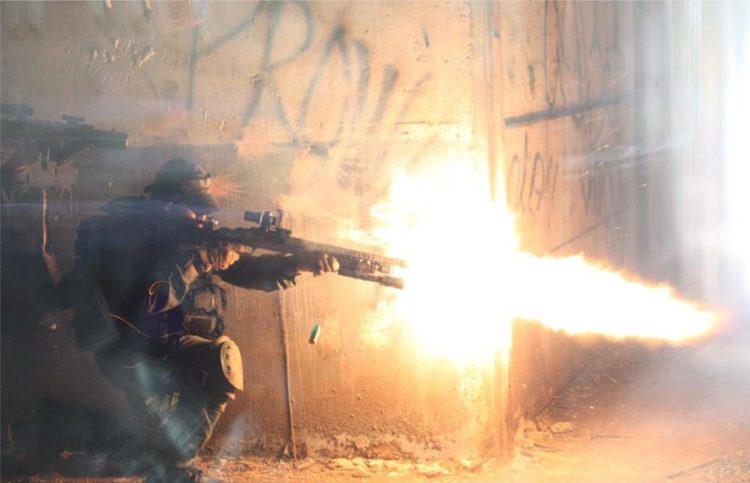 The point man is never wrong – or is he? This is perhaps one of the most firmly entrenched, often repeated misconceptions to be found literally everywhere in CQB. Therefore, unlike in the previous chapters, we will focus this entire piece on the following rule.

“The point man is never wrong” principle, is that the point man’s movement decision is never to be second-guessed. For example, if the stack is on the left and the point man crisscrossed to the right, then the shooter behind him will have to buttonhook to the left. If the point man runs into the room to the center (as exists in some SOP’s), then second shooter will have to pick up left or right followed by a third guy who will in turn do the opposite of the second guy.

Another example would be movement down a corridor. Some instructors would tell you that the guy who picks up the pace so that he ends up leading the formation is the point man, and so now is “never wrong”. The same goes to the decision to commit to an entry, open doors, etc. Essentially it is a read and react kind of game, like driving your car down the road and reacting to the behavior of drivers in front.

A few months ago I worked with a European SWAT team; a very good one which was familiar with our CQB concepts. We simulated a multi shooter-threat scenario in which the shooters are escaping the assault team down a corridor with 20 doors. During the scenario, as the team traveled down the corridor in a file formation (classic), the point man (hereafter referred to as “Pman”) began to work with his Wingman to slice a room. All of a sudden, from the peripheral view of the Pman, a threat emerged from a nearby room from about  10 metres away, but due to a weapon stoppage made the decision to escape. 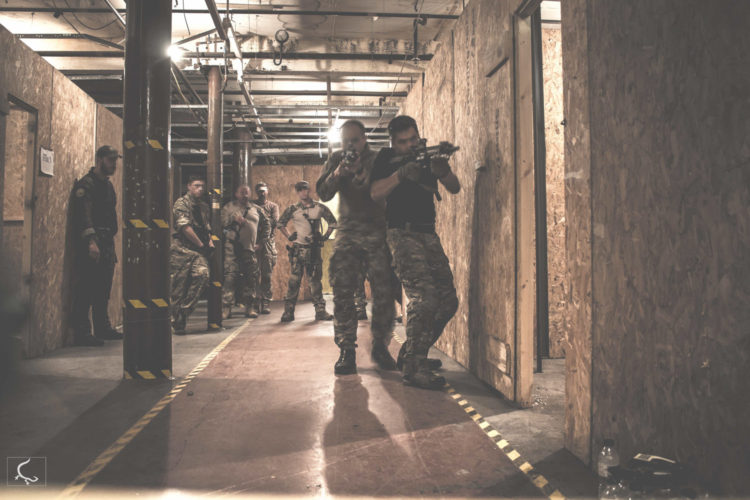 A good example for a Pman and Wman working together. Note, how the Pman shifts into the °45, leaving the Wman to pick up responsability to the front.

The Pman recognized the opportunity, and automatically began to sprint, totally fixated on the threat, much as would a sheepdog running after a stray sheep. The Pman passed five rooms until he realized his team was not there, and moreover their vision was actually obscured by the obstacles along the corridor. Critically, the Wingman made a decision not to follow the Pman as he realized it was too high risk. He knew a second shooter was on the move, and the team simply couldn’t ignore the 5 open doors along the corridor.

In the AAR (After Action Report) the Pman was asked if he remembered why he decided the way that he did. His answer was simple, and we will divide it into two points to highlight their importance:

1.“I do not remember taking the decision. I just acted as a police officer – chasing.”

2.“At first I was sure that the threat was in the room I was about to enter. I was stressed, but picked up a threat taking off to my flank. My fixation on finding him led to my chasing right after him, ignoring all the open doors along my path.”

Quick feedback from the Wingman (who, for those who aren’t familiar, is the 2nd in the formation) suggested that the Wingman did not follow simply because he was convinced it would do more harm than good. By not just running in blind and getting overloaded as well, he held back – essentially stopping a suicidal movement of a six-man element.

As demonstrated in this example, if anything the Pman is probably the person with the highest probability to be wrong, fixated, or to take unnecessary or detrimental action. In simple Small Unit Tactics formations, the Pman is accompanied by a pacer/navigator who dictates speed and directions.

The original reasons were for just that: avoiding an overload of sensory information, and the ensuing fixation that would lead everyone into the same pit of shit. A good example to pointman fixation or alternatively, the pointman is most likely to be wrong – would be the infamous Hyper Kosher Supermarket Raid.

As the shutters opened, the front team attempted entry. The first man (point man of the left stack) attempted an immediate entry, direct-to-threat, and ended up moving to his right across line-of-fire of his team and behind the check-out counters. The team behind poised with the shields stood at the doorjamb, engaging the threat. A coverman in the middle, behind a parked vehicle, looking into the building, also engaged. The team to the right engaged through the automatic sliding doors glass. Multiple members of the team shot from behind the shield-carrier on either side. a horrible situation – but hi, the pointman is always right, no ?

More often than not in CQB, the Pman experiences sensory overload, which in turn will push the individual into default behavior (Recognition Primed Decisions) which is less precise and often very gross motor in its mechanics and performance. A good example would be a Pman working a threat from the threshold. In many force on force scenarios the Pman will be so fixated on getting the threat that he will get sucked into playing a lethal game of whack-a-mole instead of pulling back. Another example would be a person working a threat from the °90 angle of a barricade: he will root at the °90 mark instead of resetting or being worried about floating angles , etc.

In conclusion, as your mother told you when you got busted doing something stupid: “If someone told you to follow them and then jumped off a roof, would you do it?” Stop the linear thinking process. Think for yourself; question senseless authority.

RAID: This attack occurred at a Hypercacher kosher superette in Porte de Vincennes(20th arrondissement of Paris) in the wake of the Charlie Hebdo shooting two days earlier, and concurrently with the Dammartin-en-Goële hostage crisis in which the two Charlie Hebdo gunmen were cornered.

Amedy Coulibaly had pledged allegiance to the Islamic State of Iraq and the Levant, and was a close friend of Saïd Kouachi and Chérif Kouachi (whom he had met in jail in 2005), the gunmen in the Charlie Hebdo attack. Armed with a submachine gun, an assault rifle, and two Tokarev pistols, he entered and attacked the people in the kosher food superette. Coulibaly murdered four Jewish hostages, and held fifteen other hostages during a siege in which he demanded that the Kouachi brothers not be harmed. The police ended the siege by storming the store and killing Coulibaly. 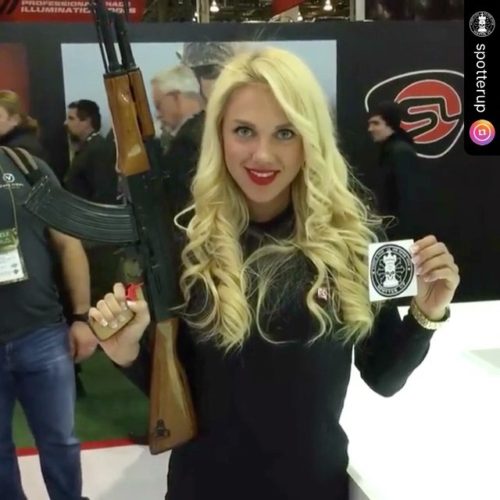