This article is neither about a specific rule nor specific ways of doing specific things. Like anything in life there are dozens of paths to one destination, it´s all about efficiency and safety that sets the difference. These ‘rules’ are more of a reminder of things that many forget or they are not aware of. In this series of articles, we will discuss 10 of the most important, unwritten, rules of CQB.  Warning, this article is very in-depth and provides a lot of information.

The reality of today is that the majority of tactics or the way of ‘how to do things’ are normally not empirically researched & validated via scientific research. One dude hearing from one dude who heard from another dude… But what it means basically is that not everything that looks good on paper targets or delivers a successful feedback to the team or the viewer on the catwalk with a timer is actually human behavior compliant or in other words – going to happen. The context of this article is to highlight certain known or commonly performed errors that are not human behavior complaint and that are against our very own human instincts – but still are taught around the globe as a standard.

Let’s start this one with a small very raw ‘’experiment’’ – Stretch your arm while thumbing up. Now look at the thumb. The thumb appears in great detail, but to its right and left, your vision is more blurry. If to be more precisely, your vision acutely drops by 50%  to each side of the thumb. Long story short, precision sight is limited by angle, due to the unique structure of the human eye.

The conclusion is that :

Or in other words, anything that the green circle below covers have no sharp detail / precision sight coverage. 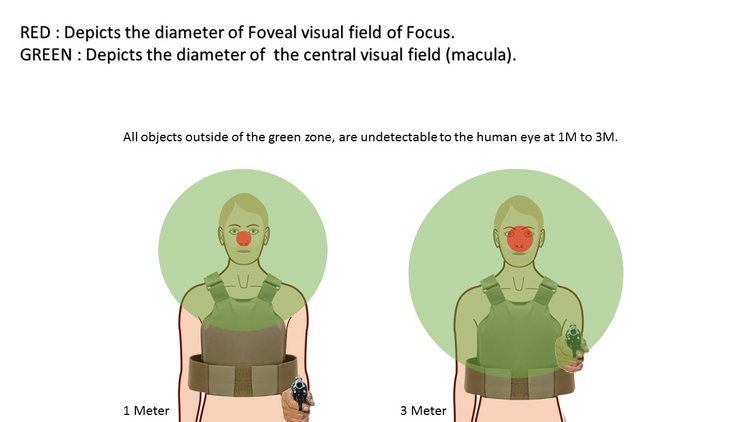 This image is a rough estimation and might be few inches off. Our Photoshop skills sucks.

Now that you are aware of the limitations and suck, I can begin with my case. One of the biggest problems that I encounter with both experienced and non-experienced students in CQB is that they move into rooms with their eyes buried into optics or slightly above. To my observations this is one of the most consistent errors I see even in the professional circles, and I believe that its source is due to inexperienced instructors receiving implicit knowledge from movies or from a dude who heard from a dude – reticle + target = success. Not always.

I´ll state the obvious: The average distance for CQB engagement is below 10 meters and commonly ends up at the 3 meters away from a threat.  With that being said, things happen quick & up close which commonly results in two major factors that have a huge effect on the human performance in CQB and that should be considered: Lack of time and visual field of view, since we need that critical data and target discrimination.

Viewing the world through a toilet paper roll will result not only in missing vital visual information’s such as that extra door behind a closet, or an innocent looking Tango holding a folding knife – but it normally results in accidents such as the wingman shooting the shoulder or elbows of the pointman since he could not get that visual data under acute stress response (see video above). in pistols its even more fragile and reckless. From experience with Police officers, commonly the wingman or the guy in the back will experience a target fixation and will flag the shit out of his partner head or body from the depth (aka from behind) to sight fixation effect. In addition to that, tripping over obstacles, derbies, kids, or other obstacles that are quite low and won’t be visible if you will be a reality when you reduce your field of view into a toilet paper. 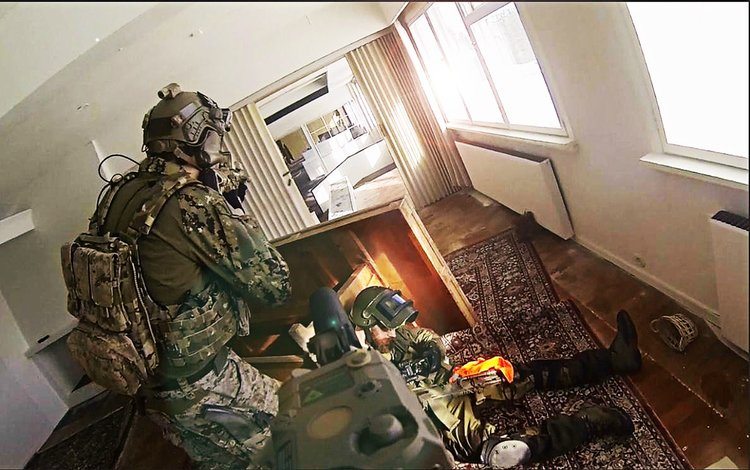 I have also recognized that reaction time is fairly increased in several seconds until the individual receives a physical stimulus that there is in fact a threat in front of him. You are probably asking why. Well it is simple. His sight covered the critical vision information that was necessary to clearly indicate the presence of a threat or a human being or in other words, The individual eyes were not receiving enough sensory data to understand and process and eventually connect training to reality and eventually make a difference. No. hes eyes were fixed on a reticle and linear perspective. 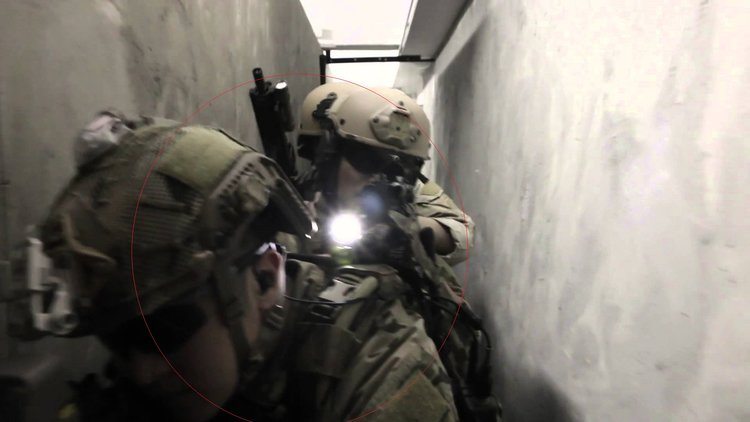 To summarize, sight fixation e.g. moving with eyes between sights is something that belongs to the movies. Sadly, the idea of clearing rooms while looking through optics is very common now days.  And let’s be honest, why do you need to aim down your Aim point in 3 meters away? The only answer would probably be when precision is a must. 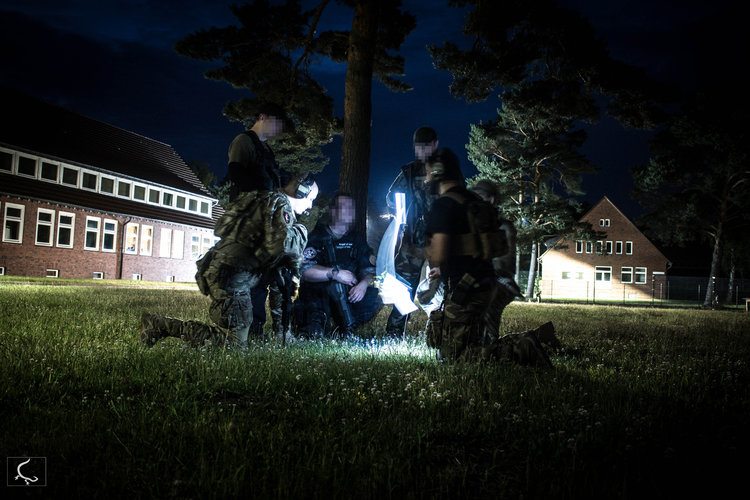 For many people flashlights are associated with crickets, dark rooms or night operations.  in reality flashlights could and should be used as a standard even in light illuminated rooms as soon as you encounter a compliant person or a threat and you need to work him.

Assuming your flashlight are strong enough, it can act as a non-lethal weapon that will disorient or divide attention from a threat, impairing his attempt to OODA himself or to become proactive since any kind of sensory stimulation moves them closer to the sympathetic response. For no light / LL there are several nice techniques that can reduce significantly the capability of the threat to either anticipate the moment of entry or to expose (by sound) his current location inside the suspected room.

How can a flashlight be of help ?

During day light room clearing, we instruct our students to use flashlights Almost as a default (depends LE / Mil context) soon as they are encountering a human presence in close proximity.  A beam of 500 Lumens can save your life, It will surely buy you more time & control and in some cases even concealment – assuming your training is solid. We will get to this later in this articles series.

Conclusion? acknowledge the potential of your flashlight. Not only in total darkness. Oh and carry two. One mounted, one hand-held.

Thanks for reading and stay tuned to the next part in the series !