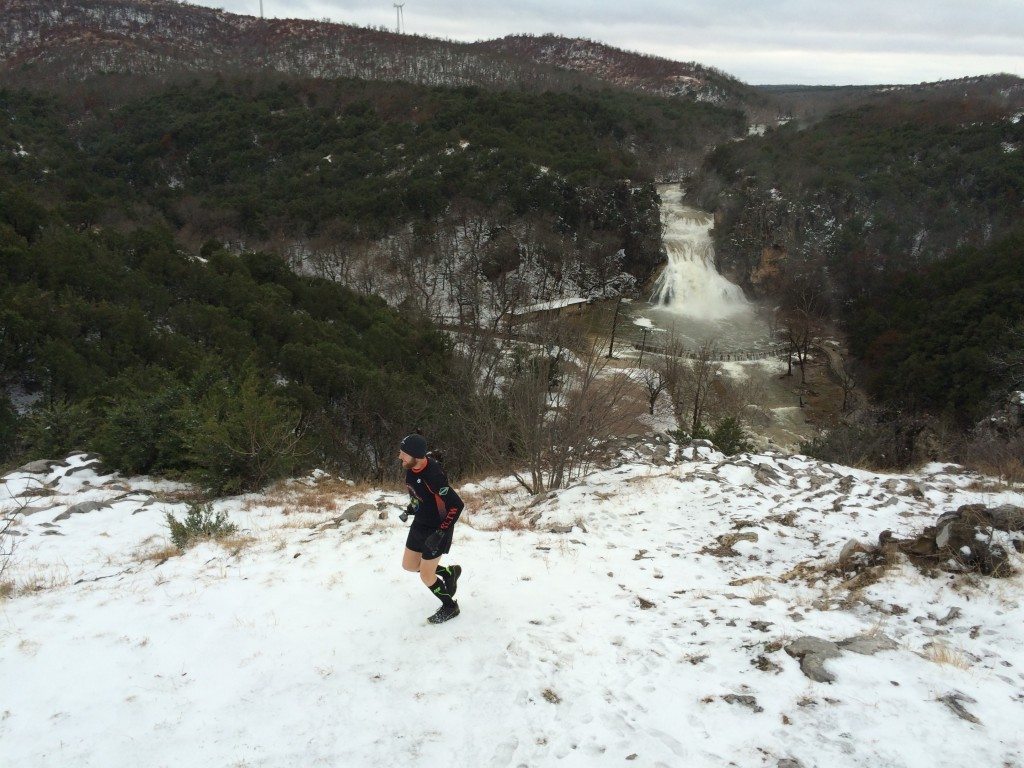 Although the season has passed, it still looks an awful lot like Christmas. Unfortunately what this season usually means for runners is not only a Christmas tree with a plethora of presents underneath it, but also a season with a plethora of excuses to skip workouts. Cold mornings make for hard wake ups when old injuries feel fresh again and the old arthritis begins to kick in. On days like this, it is easy to be persuaded to skip a day.

Well fortunately, or unfortunately for some, there are companies like IceBug that are removing as many variables/ excuses for athletes so that we can simply enjoy getting outside and accomplish our goals. Icebug is a Swedish footwear brand that was founded in 2001. They are a passionate company that has energetically targeted the “too slippery” excuse and effectively eliminated it. With their outside the box thinking, they have created products that tackle any type of terrain. Whether taking a stroll downtown, hiking through mountains, or obstacle racing in austere environments: confidence in any terrain is the name of the game for Icebug. 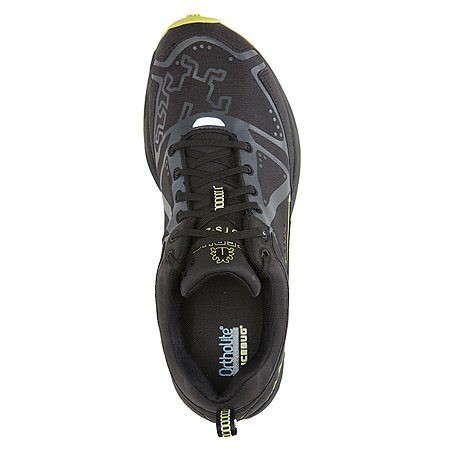 Thanks to my brothers at Spotter Up, I was sent a pair of Icebug DTS-2: carbide studded greatness. My only complaint so far has been timing. After coming from my 100 mile attempt at Big Cedar Endurance Run, I rolled into my off season with a foot injury. My weekly mileage was eliminated for weeks, and is still dramatically reduced as I slowly rehab in preparation for 2016. I didn’t put a fraction of the miles that I had hoped in order to run these shoes through the Ranger gauntlet. Despite this setback, I have thoroughly tested these shoes via my “revised Ranger gauntlet-short”.  Fortunately the New Year brought Southern Oklahoma an ice storm, which gave me the perfect opportunity to put these shoes to the test. 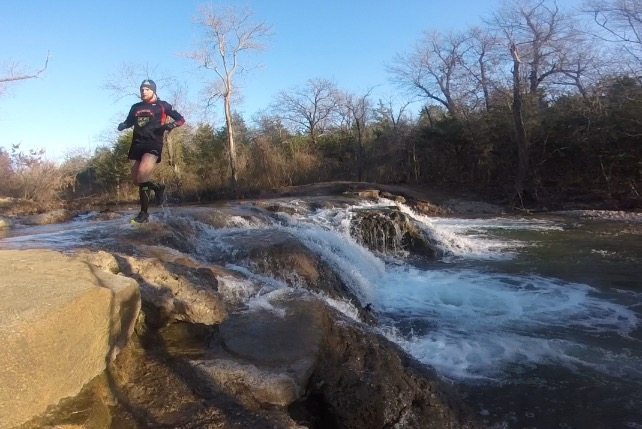 As per Icebug’s website the specifications are as follows:

Out of the box my size US 12.5 shoes weighed in at 402 grams as compared to their advertised 320 grams (size 9). The shoes seemed well built, and certainly sturdy with a runner’s comfort in mind. I found the US 12.5 a little roomy in the toe box, but then again I have freakishly long skinny feet which makes sizing any brand of shoe difficult. As soon as I pulled them out of the box I was eager to take them to the trail.

These shoes performed exceptionally in the conditions I subjected them to. Days of rain followed by sleet and ice afforded me two great conditions: flooded streams and lots of ice. My training ground was in the Arbuckle Mountains outside of Davis and the Chickasaw national refuge area in Sulphur Oklahoma.

I was a little hesitant about running in studded shoes at first. I was afraid they might be uncomfortable running on harder surfaces, such as pavement. However, I did not find such discomfort during my test.  These shoes provided outstanding traction on every surface, including pavement.

The only limitations I found were somewhat obvious/ to be expected. I wouldn’t necessarily recommend skating across your mother’s hard wood floors with these bad boys on, or grabbing groceries on the way home from your morning run. I did find that in tall grass and deeper snow, the limited tread depth of the shoes was its only weakness. Although, no one wants to run in 14 inch spiked ice claws so I did not see this as a disadvantage. I also found the shoes to be a little loud on pavement; they seem to prefer poor conditions to optimize their performance. The shoes came alive when introduced to truly slippery conditions that would directly impede a runner’s progress. 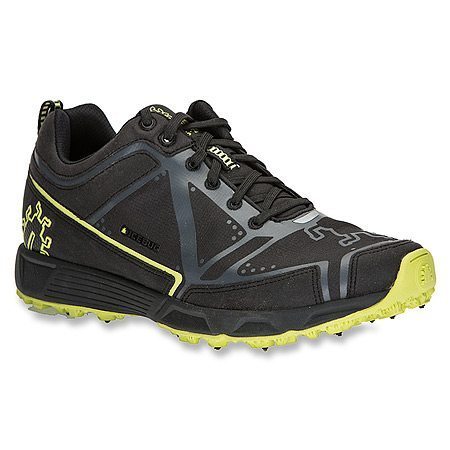 On ice covered boulders in the Arbuckles, I found nothing but confidence and traction. Running on ice in these shoes is like running with sticky traps on your feet.  However, ice isn’t the only home for icebug’s. Although I wouldn’t recommend river crossings in January, I was curious to see how the shoes handled on aggravating moss covered rocks that are often encountered during a crossing. With all the moisture we have received this winter the streams I encountered were not timid, nor sedentary. They were all moving large volumes of water over the surface of the rocks which makes being swept off your feet even easier. I was impressed, yet again, when I pranced across the leading edge of a small water fall in Sulphur Oklahoma without being forced to go for a quick swim. 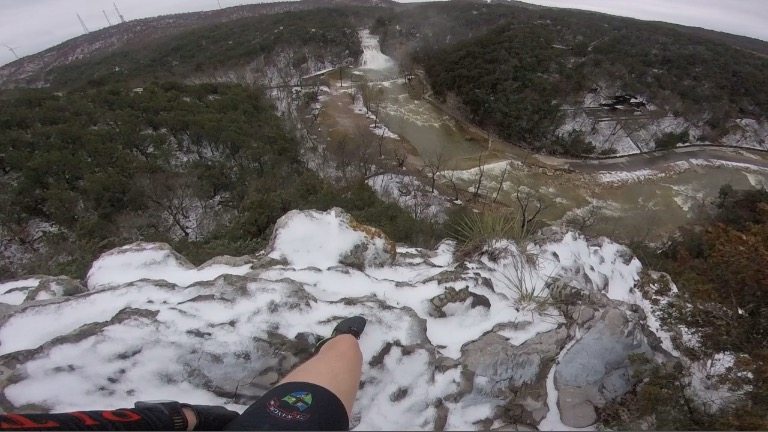 My first crossing, that was ankle deep, left my feet fairly dry. I was so impressed by this that I decided to find a crossing that would actually sweep me off my feet, and fully test the water shedding capabilities of the shoe. Although I was unsuccessful at finding a slippery surface, in these shoes, I do completely agree with their advertised “water resistance”. Four river crossings later, and slightly hypothermic, I came intimately aware of how resistant they really are. Fully submerged, the shoes will quickly become water logged, as one could expect. However, when presented with inclimate weather, or mildly wet conditions, I have no doubt these shoes will keep feet comfortable.

At the end of the day, confidence on any terrain is the name of Icebug’s game. If you find yourself in an environment with slick or icy conditions, I would strongly recommend you find yourself a pair of Icebug shoes and say goodbye to the “it’s too icy to run” excuse.  Nothing in this world is worth doing alone, so get your buddy a pair while you’re at it.

Ranger Smash- extreme endurance is my journey as a retired US Army Ranger, and the amazing team that makes all this craziness happen. My military career was cut brutally short due to multiple combat related injuries, which forced me into an early “retirement”. The greatest key to my transition/ rehabilitation was discovering the benefits of an extremely health conscious lifestyle: specifically targeting competitive endurance races/ training. However, nothing in this world is worth doing alone so consider this your invitation to join the Ranger Smash team and follow along, one extreme endurance adventure after another!

– Most notably I am an accomplished swimmer, my childhood career lasted 13 years

It is a short list, but I eagerly await the opportunity to prove my self as a competitive triathlete.