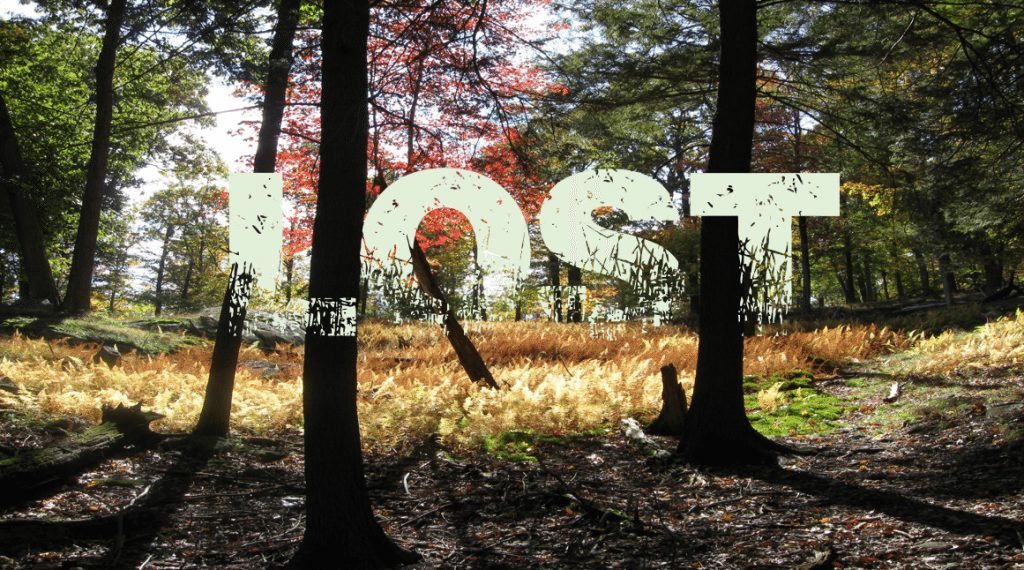 I arrived at one of our national parks in order to do a long run. Great feeling and I couldn’t contain my excitement. Before I headed out I noticed ten large school buses dropping off hundreds of young students into the parking lot. Noontime burned against my skull.

While I stood there looking at the young tourists I realized just how hot it had become; in a moment the cloud cover moved away and heat pulsed overhead. There weren’t a lot of trees to get cover under. Someone lost in this expanse of hills and streams could walk in circles before they ever found a road. The park wasn’t big but some people don’t have good sense with getting their bearings. I grabbed a water bottle and headed out.

Winter was gone now and Spring now into Summer was here. The trails were beautiful. The woods were marbled with various colors of bark. I kicked up dirt and tumbled down scree with my short footfalls. It’d been a while since I been in that park but I noticed immediately that some of the trails were washed out. I came upon a heavy stream of water; usually its water level was lower, and I could bridge across it with a few large strides of my legs. I didn’t want to go more than shin deep into the current and ruin another pair of shoes.

I looked for  a bypass and noticed that someone placed logs across the stream. With a little balancing act thrown in I could cross with little bother. The water wasn’t too deep, and it wasn’t tricky to cross. Splish-splash and I was at the other side. I looked around and saw that some of the trails had been closed off by the park rangers. Posts, signs and yellow, barricade-tape (police tape) were placed in areas were the ground had eroded. The words”Do not go beyond this point” was written on the signs.

I couldn’t run near my favorite bridge and so I decided to increase the length of my run and made a path that cut around another part of the park and brought with it a hill climb and a descent.

I wasn’t overly familiar with the parks detours but I had a map with me.

If I run in a new place, I run the same route for weeks before I try something different.

I’ll check with the park ranger or the main post to learn the routes. Usually I read the maps, check out the landmarks (historical sites, intersections). As I jumped over bramble and kicked up stones I recalled a story I read in the news about a man who was lost in the woods.

He survived by eating lizards, squirrels and berries for 19 days.  We read a lot of news stories about people who get lost in the woods but many don’t have his grit and calmness to see a way out. People get lost all of the time and even do seasoned veterans.

So, it’s important for a novice to keep a map, GPS, compass or some type of directional tool and a basic survival kit. When you’re heading out into a new environment it simply is important to keep track of where you’re headed. Seriously, going for a hike begins at home. A good trip begins with common sense planning before you ever step out the doorway of your home. 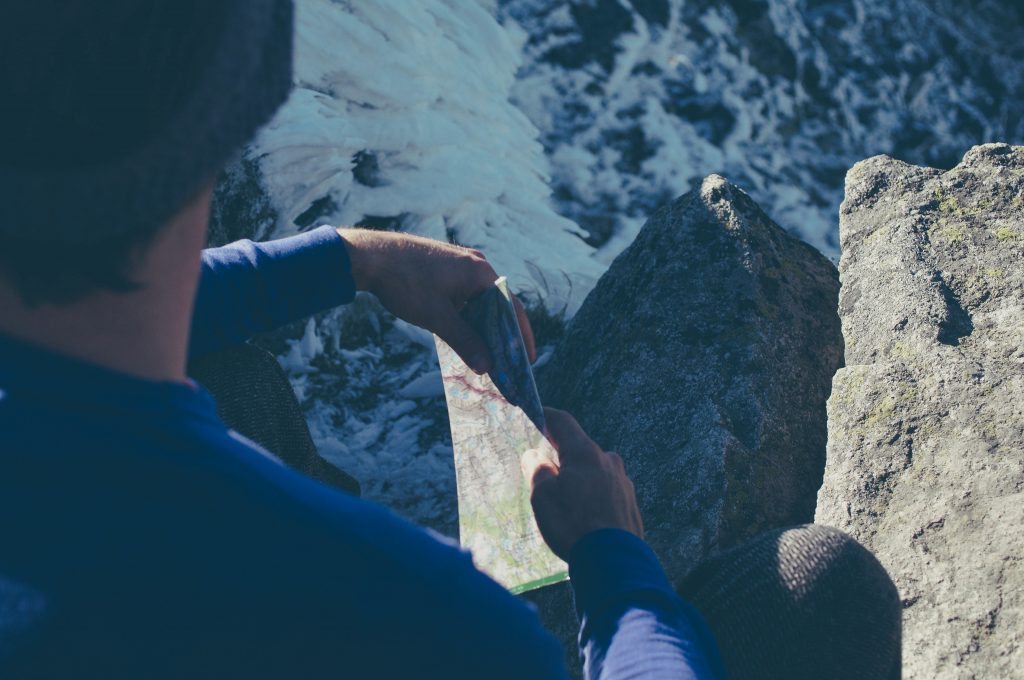 These items won’t take up much room in your backpack and most who spend an abundance of time outdoors can agree that packing something along is better than having nothing to utilize. Heading into the outdoors with a  water bottle and an energy bar won’t help you find your way out of getting lost.

The little weight these items puts on your back will carry a lot of weight when they come into play helping you out of trouble. Usually when people get lost it is from overestimating their abilities and underestimating how much they need to pack. Add fog, rain or a storm and it’s easy for a good trip to go sideways.

Know how to use your tools

Read your map and plan your route. Get familiar with the legend. Look at the elevations on the map and the mileage you’ll be traveling. This way when you begin walking you’ll be able to compare the route and distance you travel against the map in your hand. Having a quality map helps you better understand the terrain you’ll be on. It should have water sources and varying curious terrain features marked down. Maps depict areas such as mountains, hills, rivers, population centers, roadways and more. Find a map that is current for the area you are going to.

Even if you have a GPS, think about bringing a back-up GPS. You may lose one in a river or down a cliff or break one. Best to have a backup. Download relevant maps and fully charge your batteries. Take extra batteries and the user manual.

Bring a map in addition to the GPS. Yes, you might know how to use the GPS but bring a map that has topographical features, that shows streams, trails, roadways, lakes and civilization.

Plan out your routes and make sure you are capable of traveling on them. Also plan for safe alternative routes; If you need to detour due to bad weather, fire or road blockage from landslides you’ll have an easier time getting back to your campsite if you know we’re you’re going.

Leave a message with someone reliable!

Tell close friends, family and people you know at work where you are going and include the park ranger.  Tell them your estimated time of return. Leave an itinerary with family and friends so you can be located by a rescue team. If you don’t make it back according to the schedule you provided then your contacts will know to inform searchers of your direction of travel and general location.

Trust your map and compass

If you have these tools then use them. Many people don’t believe their compass works but trust it. The compass will give you a sense of direction. Any elevation changes or linear pathways such as roads and rivers  should follow what is indicated on your map.

Orient yourself with prominent landmarks as you go. Look at things from different angles. Most parks are near populations centers; look for old bridges, railroad tracks and boulders. Remembering where  crossroads, power-lines and jutting cliffs were located could help you to backtrack. Take mental notes as you walk and study the trail. Most people who get lost get caught up in the moment and zone out. If the map doesn’t match up with the surroundings features it might be a good time to stop and get your bearings. 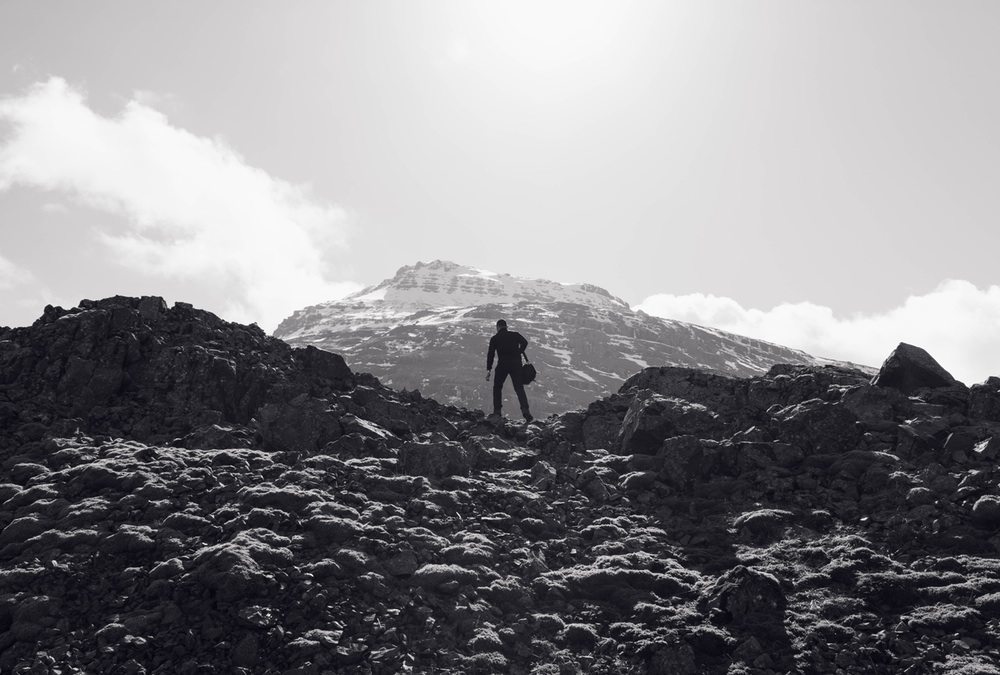 If you are lost sit still and collect yourself. Have something to eat and drink near a sheltered spot. This can calm your nerves. Do a quick check of what you have. Did you lose anything? Did you drop your GPS somewhere. Before you decide to stay put or move it would be prudent to take an inventory of what you’re carrying. How is the weather looking? This can help you decide what you need to do next.

Move with a purpose

Wandering around is going to waste energy and will make things worse. If you have some idea where you are than try to retrace your steps. If you don’t know where you are then stay put. If you left an itinerary a search party might be looking for you.

Retrace your steps or Staying Put

Stay to the trail that you first walked on and got disoriented from. It’s possible that you can find your original path of travel, even if you are off a few meters. Look for landmarks and orient them. Most parks are close enough to major roadways. Look for power lines, railroad tracks, rivers, and any landmark that can get you close to some type of civilization. Follow water sources. Many towns, homes and ranches are built along rivers and streams. Head downhill because many settlements are not built on high ground and it is easier than trekking uphill; save your energy. You might encounter someone fishing or canoeing.

Are there olfactory clues such as the smell of a rotting animal? When I used to run the hills of our country park I could remember the strong smell of sulfur. This always told me that I was within range of the ranger station. It got stronger the closer I got to the epicenter. I knew that if the cliff-side was on my left shoulder that I was going deeper into the wilderness. If I did get lost I would look for the canyon walls that surrounded the valley. Look for a distinctive landmark like a mountain summit. It could help you orient yourself. If you can get to higher ground easily then do so, as it could help you see where the locations of key details are.

Look at features from different angles if you can. Something should jump out at you. The jutting peak of a cliff, an out of use bridge, a single or double track trail, a dead animal at the side of a road. Does a stream follow the path or go perpendicular to the path, do the trees lay over your right shoulder or do they cluster around you? If a cliff is in front of you and the trail turns, is the cliff now behind you or to your side. How about junctions? What object was on your left side when you were at the crossroads? Try to place objects in your mind and calmly recall where they were on your mental map. If you cannot find your way out than stay put!

If you decide to stay put then it means putting on your extra layers, building a fire and perhaps a shelter. Most hikers are found within half a day. Keeping warm is a priority. You can build a bed of dry leaves and construct a shelter. Make yourself seen by laying bright clothing on the ground in an open area. Build a fire by using leaves and branches. Many times those who have been lost build fires to signal with smoke.

Tinder is anything that can be set on fire such as dry bark, dry twigs and dry pine needles. Kindling will keep the fire going such as dead trees limbs. Use the matches you brought with you and be careful as to not start a brush fire. If it is going to be cold be sure to gather a lot of fire wood. Make a large pile to get you through the night and then make a few more just in case. It is very surprising for people who have never made a fire before. You will need to make it last.

By taking these precautions you will make your trip safer and enjoyable.